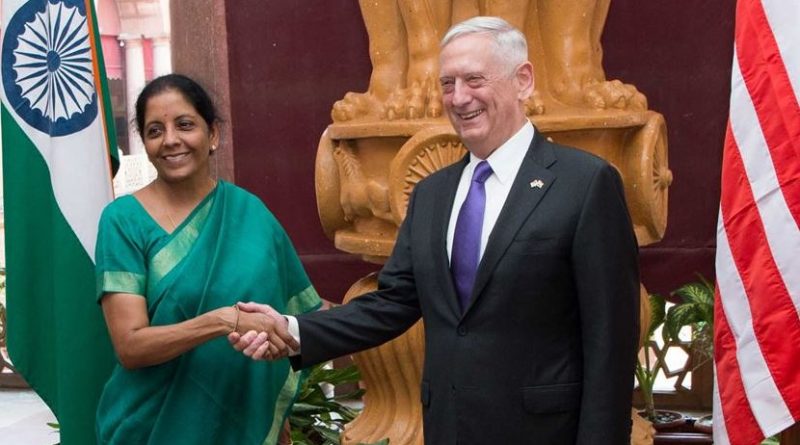 President Trump unveiled his new Afghanistan- South Asian policy on 21 August 2017, proposing deeper American military engagement in Afghanistan. The policy rationalized this new strategy by expounding on the power vacuum that an expedited exit from Afghanistan would create for transnational militant groups such as Al-Qaeda and the Islamic State.

In his speech, Trump called on New Delhi to play a larger economic role in Afghanistan for peace and stability in the war torn state. Moreover, his bold emphasis on Pakistan’s involvement in providing a ‘sanctuary’ to the Afghan Taliban and the Haqqani Network was received well in New Delhi. India’s role in this new phase of the US’ relations in South Asia however, warrants a closer look.

From an Indian perspective, a politically and economically stable Afghanistan is vital to fulfilling its regional goals. India hopes to use Afghan space not only to monitor but also to contain Pakistani influence detrimental to Indian national security and regional interests. During the Taliban regime (1996-2001), Afghanistan served as the launching pad for Kashmir-focused terrorist groups such as Laskhar-e-Taiba (LeT), Harkat-ul-Jihad-al-Islami (HUJI), Jaish-e-Muhammad (JeM) and others against India. These militant groups were trained in Afghanistan by Al-Qaeda. India is extremely wary of the revival of such circumstances with the Taliban returning to power prompting greater interest in ensuring the stability of Afghanistan.

Beyond this, a stable Afghanistan is paramount for India to increase its geopolitical influence in the region. It provides India access to Central Asian markets through its hard earned Chabahar port deal in Iran. The deal is also significant because it will allow India to bypass Pakistan, which does not permit movement of goods from India to Afghanistan.

Additionally, India has been pursuing energy cooperation with Kazakhstan and Turkmenistan that are rich in energy resources. The other significant project is the TAPI (Turkmenistan-Afghanistan-Pakistan-India) gas pipeline project that entered its practical phase in Pakistan in March this year and will hopefully see fruition in 2020.

Past Indian Role in Afghanistan

To fulfill the above-mentioned ambitions, India has maintained a long presence in Afghanistan. Hitherto, its involvement since 2001 has centered on nation building, infrastructure development, capacity building and economic engagement as characterized by the ‘soft power’ approach. It remains Afghanistan’s fifth largest bilateral donor and the 2011 Strategic Partnership Agreement (SPA) between the two countries outlines the assistance that India provides to Afghanistan in terms of education, infrastructure, technology and capacity building in other areas.

Infrastructural development has witnessed a huge boost with the construction of the Salma dam in 2016, the Indira Gandhi pediatric hospital, the Pul-e-Khumri-Kabul electricity transmission line in 2009 and the Zelaram – Delaram highway in 2009 being some major investments, other than the construction of other roads and hydroelectric power projects. The Pul-e-Khumri-Kabul transmission line was a joint road construction project between India and Afghanistan that enabled to carry electricity from Uzbekistan and helped to light Kabul for a year.

Ideologically, having the current Ghani government in power signifies the survival and maintenance of democracy that India would want to protect at all costs. This was symbolically reflected in the construction of the new Parliament building in Kabul by India.

Similarly, in the domain of women rights and emancipation a steady progress has been witnessed with women participating more in public space as opposed to the Taliban rule, where women were confined to domestic space and restrictions were imposed on girls’ education. There has been an increase in female literacy and employment levels culminating in a female Parliamentarian and activist; Fawzia Koofi running for the 2014 presidential elections.

While there were grounds for some to believe that India would now take a more muscular role in Afghanistan, the Defense Minister clarified that this would not be the case and India wouldn’t be sending in troops to Afghanistan.

This is a well-calculated step by New Delhi for several reasons. Firstly, beyond taking a toll on its finances, adopting a security centric approach would not only antagonize Pakistan but also alarm China, Pakistan’s strategic ally in the region. This is a direction that New Delhi would want to avoid having just recently concluded its standoff with China over a border issue in Doklam valley.

Secondly, India is cognizant of the fact that a protracted presence of western troops in Afghanistan hasn’t been able to achieve stability or curb the issue of terrorism. This sense of helplessness is further solidified by the impending exit of NATO troops, which also weakens any chances of making a military mark in the country rendering India loath to contribute troops.

Consequently, the lack of government control of large swathes of areas in Afghanistan is a ticking bomb for military confrontation between soldiers and militants, the blowback of which has normally affected civilians too. This loss of civilian life is a definite goodwill destroyer that India would want to avoid having gained acceptance of Afghan nationals so far.

Thus, so far, the only security centric role that India has played in Afghanistan is its training of Afghan National forces along with supplying Kabul with eight Russia-made MI 25 attack helicopters.

India’s reticence to send troops to Afghanistan however, leads to the question of how India’s participation in Afghanistan can change the status quo for the better.

Domestically, India could play an active role in helping Afghanistan tackle various problems that threaten its stability. For example, the issue of drugs is rampant. President Ghani and even the former president Karzai emphasized on the need to fight drugs, terming narco-terrorism the ‘actual’ war. The illicit drug economy threatens security and exacerbates corruption.

Although the SPA between the two countries signifies trade, economic, developmental and cultural cooperation, an agreement on similar lines could be formulated to tackle the challenges of human security of drugs and trafficking. Also, India should not just limit its role in providing humanitarian and economic aid, but should also enable Afghanistan to manage and regulate its aid better, thereby speeding its endeavors to curb systematic corruption.

Another challenge would be water resource management, a crucial issue considering Afghanistan’s geographic location and its dependency on agriculture. Water treaties with neighboring countries such as Iran, Turkmenistan, and Tajikistan are important to sustain Afghanistan’s economy and India could help mediate some of these water treaties. This kind of hydro diplomacy also helps to foster India’s positive image in Central Asia.

No solution however, can be long term without the cooperation of the Taliban, something the Afghan President Ashraf Ghani emphasized in a recent interview. Although India has never recognized the Taliban, its diplomat’s meeting with one of the Taliban’s ally, Hekmatyar (a terrorist who was recently accepted by the government) may signal a change in this stance.

Furthermore, broader terrorism is an issue that needs to be tackled comprehensively. For this, India should work to break political deadlocks due to regional rivalries with Pakistan and China. The recent BRICS summit 2017 designation of Jaish-e-Mohammed, Lashkar-e-Taiba and the Haqqani network in Pakistan as terrorist organizations are indicative of further cooperation on regional matters of common interest. Smart diplomacy in this regard is what India needs to bring in domestic improvements and fulfill its ambitions.

In summary, Trump’s messaging of the new South Asian policy is strategic and gives India the scope to pursue its ambitions of becoming a great power in South Asia.
Whether India steps out of its ambivalence however, will only be seen in the future.

*Teertha Samal is a visiting scholar at the International Centre for Political Violence and Terrorism Research (ICPVTR), a constituent unit of the S.Rajaratnam School of International Studies (RSIS), Nanyang Technological University, Singapore

Home » India And Afghanistan: What Next? – OpEd