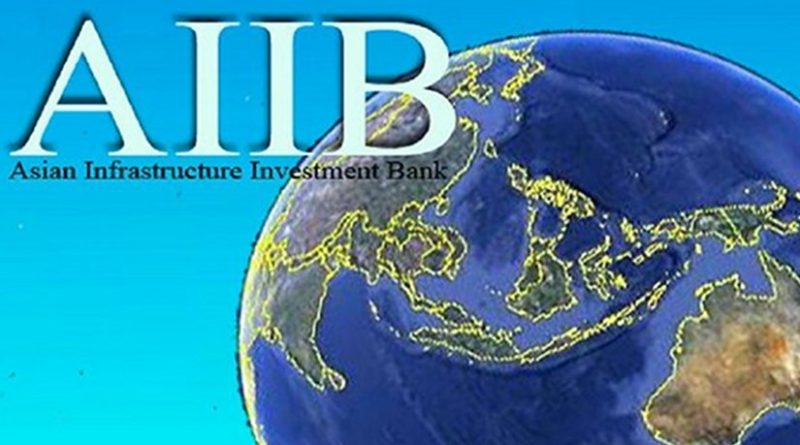 The declining influence of Western-dominated institutions such as the IMF and World Bank has led to the rise of regional alternatives like the AIIB. They will likely complement each other to provide global ‘public goods’.

By all accounts, Asia’s stock of economic power has been expanding in the last two decades. This has occurred on the back of the rapid and sustained growth of regional economies, not least of which are China and India, whose shares of global trade and GDP have increased considerably during this time.

If anything, the global financial crisis of 2007-2008 that crippled the economies of the United States and Europe and the anti-globalisation sentiments it inadvertently precipitated rendered the shift of geoeconomic power to Asia even more stark.

This shift has begun to have a potentially profound effect on the global financial architecture. The US-led Bretton Woods institutions – the International Monetary Fund (IMF) and the World Bank – have been credited with providing a firm foundation for the post-World War II global financial and economic orders from which Asia and the world have benefited greatly. The IMF was designed to promote macroeconomic stability, particularly the exchange rate system, while the World Bank and its subcomponents provided developmental assistance.

By the 1990s, however, economic powers such as Germany and Japan – which by dint of having lost the war failed to acquire preferential decision-making rights in these institutions when they were formed – began agitating for a greater say in the two bodies commensurate with demands for an increase in their respective contributions.

These efforts were consistently thwarted by the United States, which sought to maintain its veto rights on all IMF decisions. While Germany did see its position enhanced, albeit obliquely via the tradition of having a European head the IMF, Japan’s frustrations led it to create the Asian Development Bank as its major channel of development funding.

By the turn of the century, China and India had emerged as potential Asian economic powerhouses and were casting suspicious eyes on American and European dominance of the Bretton Woods institutions. Mindful of Japan’s failure to increase its influence in these institutions, the discourse on global financial architecture and governance began gradually to move beyond the matter of internal reform (of the Bretton Woods institutions) towards the creation of new institutions. This shift in discourse would soon bear fruit.

These efforts first found expression with the Japanese proposal for an Asian monetary fund in the aftermath of the Asian financial crisis, an initiative that proved stillborn as a consequence of American opposition.

It nevertheless paved the way for what would come later in spirit if not in form: the idea of a BRICS (Brazil, Russia, India, China, South Africa) development bank and the Asian Infrastructure Investment Bank (AIIB). Unnerved by the IMF’s role during the Asian financial crisis, ASEAN also proceeded to create its own crisis response mechanism – the Chiang Mai Initiative Multilateralisation – to perform functions similar to those of the IMF yet with a regional flavour and in coordination with ASEAN’s “Plus Three” partners: China, Japan and South Korea.

What accounted for the emergence of these alternative institutions?

First, while the Bretton Woods institutions may underpin the global economic order, they have proven notoriously hard to reform to reflect more accurately the global shift in economic influence. Until recently, Asia’s share of global GDP and its share of the IMF quota – which accords member countries a say in its governance and, by extension, the global financial architecture – had been acutely misaligned.

In 2010, the IMF executive board had already agreed to proposals for institutional reform to redistribute quotas away from the traditional economies to the emerging economies. Even so, because the US holds the largest share of voting rights (16.5 per cent), effectively affording it a veto power, it took five more years before US congressional approval could be secured.

As a result of these reforms, China received the largest quota share increase – more than two per cent – moving it from sixth to third largest contributor. Then, in October last year, the IMF moved to include the Chinese currency, the renminbi, in its basket of Special Drawing Rights currencies. Yet, at the same time, influence on the executive board remains largely in American and European hands.

Second, because of this misalignment between the Bretton Woods governance structure and geoeconomic realities, emerging economies are growing reluctant to privilege mechanisms controlled by the US or Europe should a new crisis erupt. In the event, it was precisely regional reservations towards the IMF’s role during the crisis in 1997-98 that prompted the creation of the Chiang Mai Initiative Multilateralisation.

Third, the emergence of an alternative global financial architecture expressed in the form of BRICS financial institutions or the AIIB is to some extent also an inevitable consequence of structural forces generated by the accumulation of reserves by China, India and other emerging economies due to high growth rates. As reserves exceed domestic demand for loans in these key emerging economies, they are recycled to other parts of the world. Of course, the downside of relying on excess domestic reserves is that the efficacy of these nascent institutions will be dependent on continued sound performance of the economies where the reserves are invested. By that logic, these institutions might be rendered vulnerable should key members be afflicted by recession.

Fourth, there is one common, unmistakable thread running through all these institutions: the role of China. By virtue of being the main financier of the BRICS development bank and the AIIB, China’s role in this new financial architecture has been paramount. Alongside these institutions stands President Xi Jinping’s flagship project, the ambitious Belt and Road Initiative, envisioned to enhance connectivity and infrastructure development across Eurasia while also addressing the need for development in China’s western regions.

Mr Xi’s speech in Davos earlier this year would have put to rest any doubt that China harbours aspirations to play a leading role in geoeconomics as a provider of international “public goods”.

Finally, the Bretton Woods institutions have themselves come under heavy scrutiny in the Western societies from which they originate. Their controversial policies on austerity in Europe have elicited a visceral response from both the left and right, contributing in no small part to conditions that have given rise to anti-globalist populism in their own backyards.

While Asian societies would be well advised not to consider themselves immune to populism, it is nevertheless its present manifestations in the West that has generated internal pressures on these institutions and hastened concern that they should be addressed with urgency.

All this is not to say however, that these Bretton Woods alternatives are risk-free, or that they are bound to succeed. BRICS as an arrangement has faltered over the mixed economic performance of some of its members in recent times.

Yet despite these uncertainties, the establishment of these institutions does mean that it is unlikely the World Bank or IMF will remain the primary ports of call in future storms, internal reforms of these institutions notwithstanding. With this diffusion of economic power and the emergence of these new institutions, the shape of the global financial architecture has changed. Correspondingly, the clout of the Bretton Woods institutions – and by extension America’s soft power reach – will diminish.

In fact, the historical coincidence of the rise of these new configurations of economic power, together with America’s inward turn and Europe’s continued malaise, suggests the emergence of a new multipolar order and a decentralised global architecture where the Bretton Woods institutions and regional institutions would complement each other in providing global “public goods”.

*Joseph Chinyong Liow is Dean and Professor of Comparative and International Politics at the S. Rajaratnam School of International Studies (RSIS), Nanyang Technological University, Singapore. An earlier version appeared in The Straits Times.