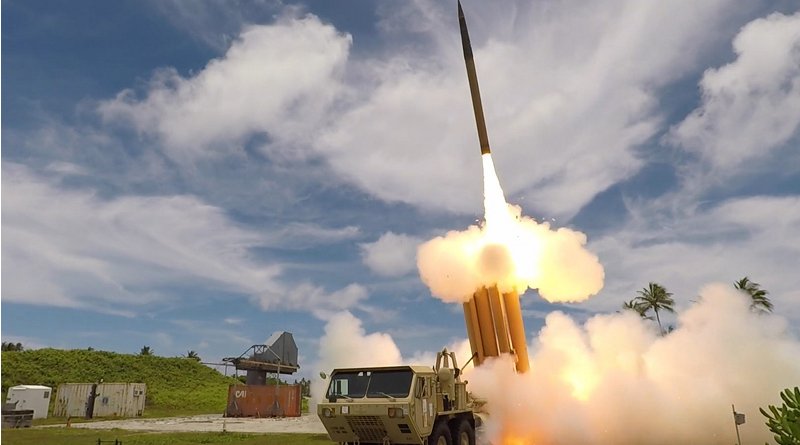 In the wake of an Iranian attack on Saudi Arabian oil facilities last month, Defense Secretary Dr. Mark T. Esper announced that more capabilities have been authorized to deploy in support of the long-time U.S. partner.

This latest show of support involves some 3,000 U.S. personnel, Esper said, adding that ongoing Iranian provocations have resulted in an even larger support effort in the region.

Since May, Esper said, the United States has deployed as many as 14,000 additional U.S. forces to the region, as well as a wide variety of military hardware, including airborne early warning aircraft squadrons, maritime patrol aircraft squadrons, Patriot air and missile defense batteries, B-52 bombers and a carrier strike group.

“Today I spoke with the Saudi minister of defense to discuss the status of Saudi Arabia’s defensive capabilities and our ongoing efforts to protect our partners from further Iranian aggression,” Esper said. “Saudi Arabia is a longstanding security partner in the Middle East and has asked for additional support to supplement their own defenses and defend the international rules-based order.”

The defense secretary said the United States remains committed to protecting its allies in the region and its own interests.

“I urge other like-minded countries, especially our allies in Europe, to follow the U.S. lead and join us with their own defensive assets to ensure stability in the region,” Esper said.

While Esper said the Iranians continue to deny the attack on Saudi oil facilities, evidence recovered so far proves their involvement. Additionally, he said, he’s continued to hear concerns from partners and allies in the region about continued Iranian behavior.

“There are things we pick up, if you will, through intelligence that we thought it was important to continue to deploy forces to deter and defend, and to send the message to the Iranians: do not strike another sovereign state, do not threaten American interests, American forces, or we will respond,” he said. “I’ve said time and time again, do not mistake our restraint for weakness. If you will, you will regret that.”