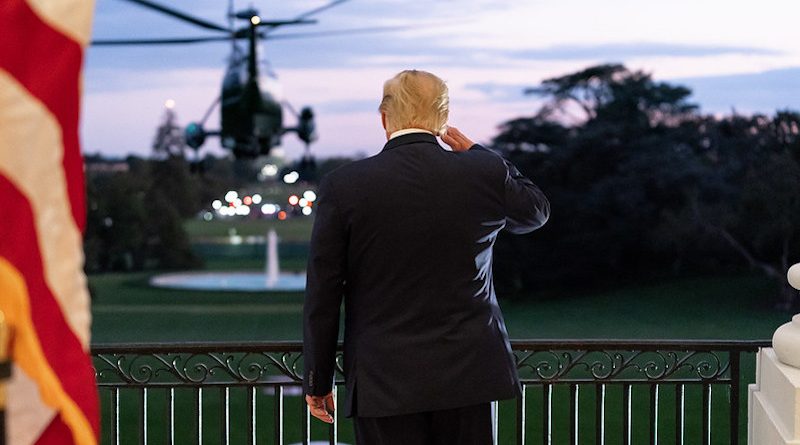 In the 2020 election, Americans’ national priorities, discontent with the Trump administration and its economic and pandemic failures would seem to work for the Democrats.  But beware of the October (or even November) surprise.

The consequences have been severe. The number of Americans that have perished in the pandemic (close to 220,000) is already nearly four times higher than the total of US deaths in the Vietnam War.

How have these huge and dramatic developments affected US voters?

According to polls, US national priorities can be consolidated into three key factors, by importance: coronavirus and health care (32%), economy (25%), and equal treatment & crime and safety (26%) (Figure 1).

In the 2020 election, the state of the nation’s health, economy, and perceived racism will make or break the winning campaign.

Notice that national security, terrorism and defense do not figure among current national priorities, which stresses traditional Democratic concerns.

Another key question involves the satisfaction of the electorate with the direction of the country under the incumbent administration. In the long view, the picture is relatively clear. Since 9/11, most Americans have been dissatisfied with their leadership; with both Bush and Obama administrations.

In the Trump era this gap has exploded, particularly in the past few months (Figure).

Figure 2 Satisfied/Dissatisfied with the US Direction, 1997-2020

In addition to the gross mishandling of the coronavirus, there are other factors in play, including Trump’s unilateralism, trade wars, and the administration’s divisive racial politics – not to mention Trump’s odd tweet-bedfellows from ultra-conservatives to violent far-right and white supremacists.

The damning opposition against Trump stems from the his disastrous mishandling of the pandemic response. It has amplified the administration’s failures not just during the pandemic, but more broadly in public health and health care (Figure 3).

Officially, most Republicans support the administration. Yet, in the pre-election positioning, vulnerable candidates are taking distance from Trump. Former Tea Party leaders like Ted Cruz warn about an impending political “bloodbath of Watergate proportions.”

As Trump has been undermining economic relief talks, while dismissing virus concerns amid new surges, Republicans are struggling with a crisis.

So what’s the net effect? According to most recent polls, the Trump-Pence campaign has been falling behind the Biden-Harris duo. What was a 10% difference in late summer remains around 10 to 15%, depending on the pollster (Figure 4).

Figure 4 Between Trump-Pence and Biden-Harris

Interestingly, recent polls among both registered and non-registered voters have generated similar outcomes. In 2016, Trump used Senator Hillary Clinton’s failures to attract the swing vote. Now many see him as a liability.

A Democratic Biden administration could restore US multilateralism, moderate trade conflicts, alleviate some of the economic damage and offer actual leadership in the struggle against the pandemic. In turn, Trump’s re-election and second term could accelerate the path to dangerous geopolitics and global stagnation, or worse.

Yet, nothing in US presidential politics is straightforward today.

Beware of October (or November?) surprise

If the Democratic campaign proves strong in its last mile, an “October Surprise” (or even November surprise)  could still be possible. Such a scenario is defined as a major news event created or timed to influence the outcome of the election.

In 1972, only a week before election, President Nixon was polling ahead of Democrats’ George McGovern. To ensure re-election, Nixon’s national security advisor Henry Kissinger declared  dramatically: “We believe that peace is at hand [in Vietnam].” In reality, US ground forces were not withdrawn until three years later, but the ploy may have sealed the re-election.

In 1980, Republican challenger Ronald Reagan was concerned that a last-minute deal to release US hostages in Iran might support Jimmy Carter’s re-election. Reportedly, the Reagan campaign impeded the hostage release in a secret deal, whereby the Iranians would hold the hostages until Reagan’s relection and inauguration. That may have ensured Reagan’s election victory, while paving the path to the administration’s Iran-Contra debacle.

In October 2016, I argued that Trump’s electoral win would result in an elevated global risk. And it did. That risk is likely to prevail until and unless Trump will face the ultimate response by the American people: “You are fired.”