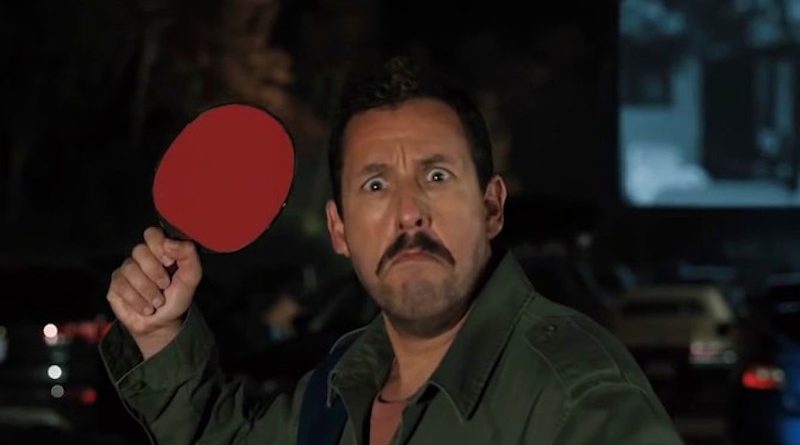 Once an exclusively American celebration, Halloween, in all its spooky glory, has spread beyond the US and is now seen as a light-hearted night of unadulterated fun for kids and adults alike. The ghoulish season already has a host of popular cult films which movie lovers settle in to watch every year — from the Bette Midler-led “Hocus Pocus” to “Beetlejuice” — and now Netflix has jumped on the bandwagon with “Hubie Halloween,” directed by Steven Brill.

And what better lead could they have found than Adam Sandler, who is back to being, well, Adam Sandler, after essaying a very different kind of character in the gritty “Uncut Gems.”

It’s Halloween in Hubie’s (Sandler) home town of Salem, Massachusetts, and he is the resident good Samaritan equipped with a “flask” that would put Bond’s gadgets to shame. This little contraption has everything— an umbrella, a torchlight and even a spray to ward off bullies — and Hubie has plenty of them.

Hubie’s mother schemes in a bid to put an end to the bullying from teens and adults alike, while Hubie pines away for sweet-natured Violet (Julie Bowen). However, our less-than-heroic lead isn’t gutsy enough to profess his love and suspense hinges on the old will-they-won’t-they plot line.

Written by Sandler, along with longtime collaborator Tim Herlihy, “Hubie Halloween” makes its hero the butt of all jokes, some positively distasteful. Woven into all this are production house Happy Madison regulars, including Kevin James as policeman Steve Downey and Steve Buscemi, who plays Hubie’s creepy neighbor Walter Lambert. Oh, and there’s also a mental asylum escapee thrown in for the scare factor.

It’s a comedic take on Halloween, with plenty of raucous jump scares and a rather silly protagonist. However, Sandler is remarkable as a bumbling fool, who takes bullying in his stride and Bowen stands out in a small, pleasing, appearance.

There’s no doubt that execs over at Netflix see Sandler as viewing gold — this is his sixth original feature for Netflix since 2015 and 2019 saw the Sandler-starring “Murder Mystery” come out on top as the most viewed film on the platform for that year — and “Hubie Halloween” is just another example of the star doing what he does best.