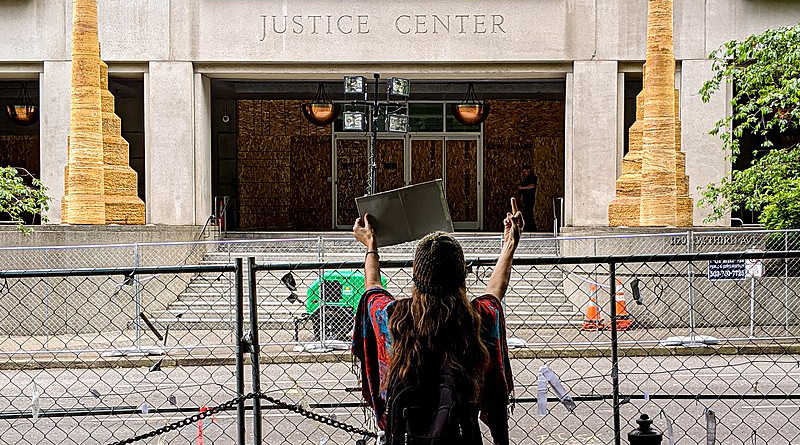 Police in Portland took a seemingly more aggressive stance with protesters this weekend, arresting many who were marching towards a precinct over information that the gathering was a “‘direct action’ event.”

Around 75 people joined Saturday night’s protest in Northeast Portland and marched their way to North Precinct, a building which has been at the center of numerous protests that have devolved into arson and violence.

The 75 protesters on Saturday night were nearly all dressed in armor and helmets, with many even carrying shields. They blocked public roadways as they marched.

Police noted in their public statement about the night’s events that, in the past, “officers have attempted to deescalate by staying far back, and not intervening when streets were blocked by crowds. That strategy has not been successful in preventing violence from individuals in the crowd who are intent on forcing officers to respond.”

The failure of this previous ‘strategy’ mixed with “information that the gathering was a planned ‘direct action’ event” drove police to intervene earlier than they normally would, with videos showing them forcing some protesters to the ground to arrest them. A total of 26 people were ultimately arrested for charges such as disorderly conduct and interfering with a peace officer.

Critics on social media have responded to the footage by blasting police officers for acting too aggressively and too early in the matter.

“This was completely unprovoked I am too upset for words right now,” independent journalist Alissa Azar tweeted in response to footage of police arresting protesters.