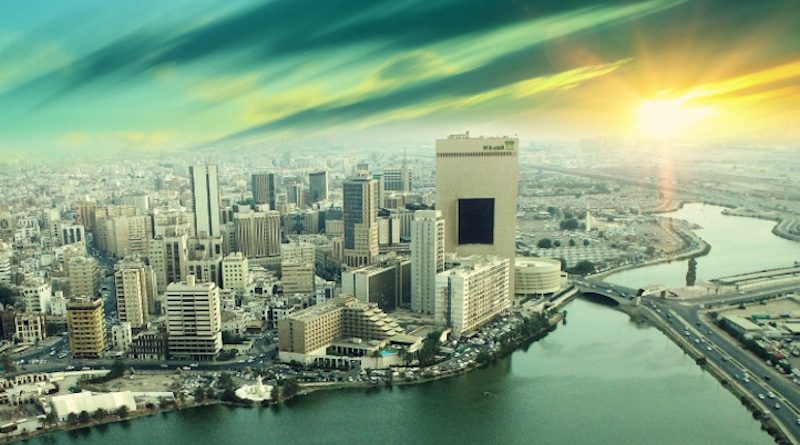 Two of Saudi Arabia’s biggest banks signed a deal on Sunday for a merger to create a “national champion” for the Kingdom and a “regional powerhouse” for the Middle East.

National Commercial Bank, the oldest in the country, is to combine with Samba Financial group in a $32 billiondeal that will create the most profitable bank in the region. Together, they will control $223 billion in assets.

The merger is part of the financial sector development program of the Vision 2030 strategy to diversify the economy, and is the second big banking merger of the past 12 months. It is likely to lead to other major tie-ups in the Kingdom’s financial sector as the Vision plan unfolds.

Account holders and employees are likely to benefit from cost reductions and efficiency gains from the deal, which will involve “no involuntary job losses” from either bank, a joint statement said.

Saeed Mohammed Al-Ghamdi, the chairman of NCB who will become managing director and group chief executive officer of the merged banks, said: “Saudi Arabia is undergoing a historic transformation with Vision 2030. Such a transformation requires a robust financial services sector, especially highly capitalized, resilient banks that can fund economic development, as well as support Saudi Arabia’s trade and capital flows with the region and the rest of the world.

“Our ambition is to create a national champion that can facilitate the transformation envisaged under Vision 2030 and create a pioneer for next-generation banking services that nurtures tomorrow’s industry leaders.”

Ammar Abdullah Alkhudairy, chairman of Samba who will assume the same position at the new bank, said: “Our merger with NCB will create a local leader and a regional powerhouse that can unlock considerable value for shareholders, provide exceptional banking services for the people of Saudi Arabia and help local entrepreneurs capitalize on opportunities for domestic and international business growth.

“This merger process marks the start of a new era for Saudi banking supporting the realization of many Vision 2030 goals. We are focused on making sure that the combined and larger bank comes together seamlessly to serve our customers, partners, investors and talent across both teams.”

The new bank is expected to come into existence next year, assuming regulatory and shareholder approvals are forthcoming. It will have a market share of about 25 per cent of retail and corporate banking in Saudi Arabia, and a commanding position in trade finance and investment banking.

The Public Investment Fund, Saudi Arabia’s sovereign  wealth fund, is a major shareholder in both NCB and Samba.

The merger will result in savings and efficiencies of $213 million a year, leading one analyst to conclude that other similar mergers could follow.

Tarek Fadlallah, chief executive of Nomura Asset Management in the Middle East, told Arab News: “This shows the extent to which the banking sector has scope to increase efficiencies, and may encourage further mergers.”