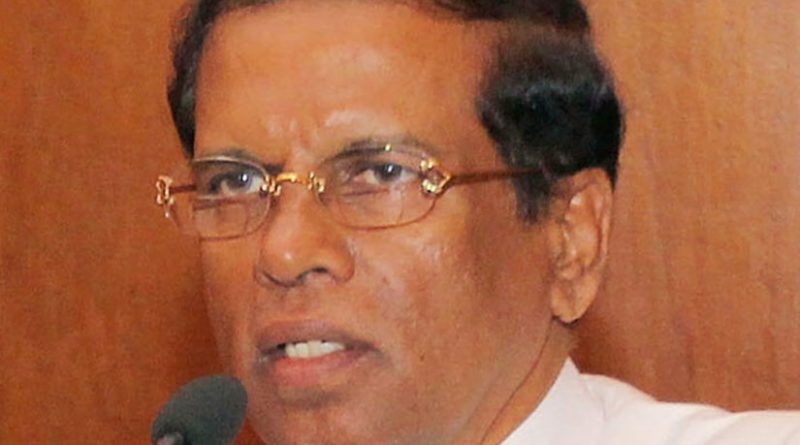 Sri Lanka’s President Maithripala Sirisena pledged that he would do everything possible to introduce a new system of governance by abolishing the Executive Presidency as desired by late Venerable Maduluwave Sobitha Thero.

The President made this pledge participating in the cremation ceremony of the Venerable Maaduluwaawe Sobhita Thero with full State Honors, at the Parliament Grounds in Sri Jayawardenapura Kotte, today.

“I am here today as the President and the new government existed comprising the Prime Minister mainly because of the initiatives taken by the National Movement for Social Justice headed by late Ven Maduluwave Sobitha Thero,” Sirisena said that adding that inspiration gave an immense courage to form a good governance government to take the country towards the right path.

President Sirisena further said that he will commit himself to build a democratic and just society, as Thero had desired.

During Venerable Maduluwave Sobitha There’s lifetime, he not only performed his duties regarding religious affairs, but also he did a struggle to build a new country with good governance, Sirisena added.

Sirisena said that he will take every possible step to fulfill Most Venerable Maduluwave Sobitha Thera’s wishes to develop Sri Lanka that ensures social justice while working in accordance with the guidance and advices given by the late Nayaka Thera.

The entire country was sorrowful when he fell ill because he was loved and respected by everybody, however, proving the impermanency in life as we Buddhists are aware he passed away.

Representative of Tri Nikaya and other religions, Prime Minister Ranil Wickremesinghe, Speaker Karu Jayasuriya and several others spoke at the funeral.