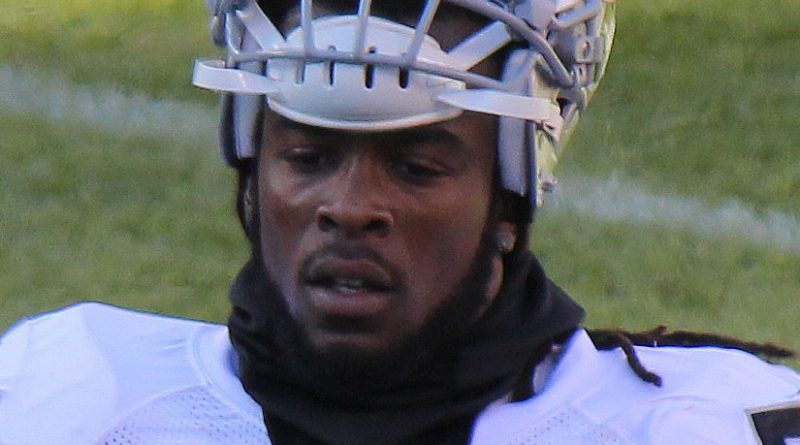 It is not even a man bites dog story. Instead, it is just a man barks at dog story. Yet, for one National Football League (NFL) player it is a story that threatens to conclude with his incarceration.

Oakland Raiders Linebacker Ray-Ray Armstrong’s alleged barking at a dog on Sunday may cost him thousands of dollars in fines and several years in prison. Why you ask? Because Armstrong is alleged to have barked at a police dog, and, in this age of SWAT, some dogs are protected by the law much more than are ordinary people.

You see, Armstrong was at the Pittsburgh Steelers’ stadium just before a Raiders away game when, as Jacob Klinger relates the story at Penn Live, “Armstrong lifted his shirt, began pounding his chest and barking at an Allegheny County Sheriff Office bomb-sniffing dog.” Most people would consider this action to be somewhere between harmless jest and a bit rude. But, in the state of Pennsylvania, Klinger notes, it is also a felony termed “taunting a police animal” and carrying a maximum punishment of a $15,000 fine plus seven years in prison.

President Donald Trump was targeted by a package containing the deadly poison ricin, which was addressed and mailed to the