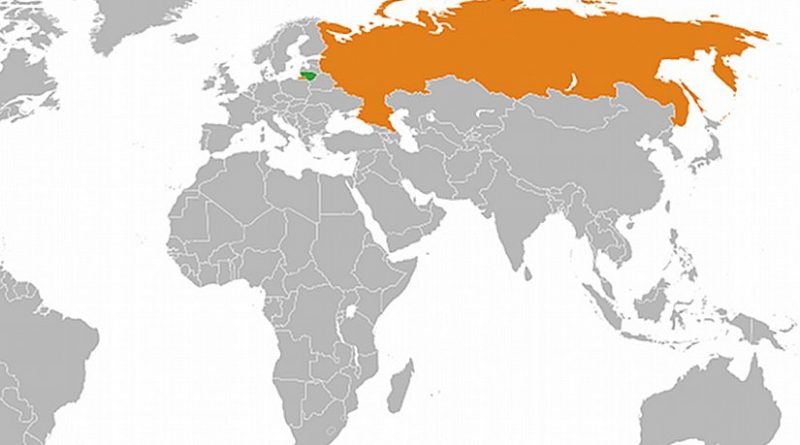 (FPRI) — The dominant perception at the expert level and in general public discourse in Lithuania is that the aggressive foreign policy of Vladimir Putin’s regime is the main source of threat to Lithuania’s security. The annexation of Crimea, hybrid warfare in Ukraine, and an assertive Russian posture in Syria have served only to heighten these concerns.

This article, based on a recent study done by a Vilnius think tank called Eastern Europe Studies Centre (EESC), highlights select Lithuanian experts’ predictions of Russia’s foreign policy over the next three to five years. The study used the well-known Delphi Method of forecasting, originally developed by the RAND Corporation, to find a consensus on the most probable scenarios of Russian behavior in the international arena.

The Results of the Study

The main findings from the EESC study show no optimism among Lithuanian experts concerning Russia’s expected future actions. The experts’ dominant belief is that Russia seeks to gain superpower status and to reshape the rules of the international system so that Western domination ends and a multipolar world order emerges. This could help Russia expand its influence over the post-Soviet region, Central and Eastern Europe, and even the Middle East. There was no support for the statement that Russia would seek cooperation with Western countries on equal terms without challenging the current status quo.

This main proposition was reflected in a more detailed forecasting about Russia’s attitude towards the US and the EU. The experts agreed that Russia treats the US as its principal enemy or occasionally as a competitor with whom agreement on specific interests can be found. However, the experts predicted that confrontation with the U.S. would be in areas of “soft” power only, such as trying to gain more influence in Eastern and Central Europe. The study excluded the chance of a direct military confrontation between Russia and the US in the medium term, but some of the experts indicated a possibility of Russia challenging certain NATO members in order to test NATO’s reliability and stability. The Lithuanian experts also see the Baltic States as the most probable target for such military provocations from the Russian side.

However, the EESC study participants believe that while Russia regards the EU as a competitor, it does not see Europe as a unified or even a sovereign actor in the international system. Russia still prefers to deal separately with the strongest countries of the EU. The primary interest on the Russian side is to ensure the EU does not interfere in zones of Russian interests. The experts also asserted that Russia’s dominant tactic is to exploit divisions among EU member states and to use every opportunity to diminish US influence in Europe. According to this interpretation by the Lithuanian analysts, Russia would likely seek pragmatic cooperation with the EU in economic relations, but would not tolerate the EU expanding its political influence in Eastern Europe. This argument reflects Russia’s aggressive reaction towards Ukraine’s increased integration with Europe and moves to break away from Russia-dominated economic and political structures.

If Russia behaves as the Lithuanian experts predict, then Russia will try to increase its influence in the international arena by exploiting divisions inside the EU, promoting radical groups in European countries, and finding opportunities to involve itself in international conflicts like Syria. Together, all these methods could create favorable conditions for Russia to exert more influence at regional and global levels and to increase its status as a global power.

By and large, the experts named conflicts or disagreements inside the current ruling elite in Russia as the internal factors which could be most significant in shaping Russia’s foreign policy. Russian society and the political opposition are not capable of creating the conditions for a domestic transformation or “revolution.” That would require additional structural shifts such as an external or a domestic economic crisis. However, Putin’s regime right now has sufficient resources to prevent such social disturbances and to maintain political stability.

The compilation of Lithuanian experts’ opinion reveals three main trends of thought in Lithuania about Russian foreign policy. These can be condensed into possible scenarios of Russia’s future behavior. The dominant scenario arising from expert opinions describes Russia as a Challenger of Western patience.  This scenario is based on a prediction that Russia will incrementally increase pressure on the US and its partners on all possible fronts, but mainly by soft means. The main task for Russia is to test how far it can go without triggering a decisive reaction. According to this prediction, the current tensions between Russia and Western countries, especially the US, will persist for some undefined time period. The rhetoric of confrontation coming from the Kremlin is the most efficient way to legitimate Putin’s regime. The need to confront the West grows, especially in periods when the economy is going down. The Lithuanian experts forecast that, for the next few years, the tension between confrontation and balancing should endure in Russia-West relations. According to this scenario, relations between Russia and Western countries may fluctuate, from attempts to negotiate areas of influence and trying to keep “normal” economic and trade relations, to episodes of increased confrontation. The latter may include military provocations or diplomatic pressure. It also may include using various interest groups, pro-Russian political parties, and even bribery of officials to induce some NATO and EU countries to make decisions in Russia’s favor.

The second scenario, which was drafted from key deviations in the experts’ opinions, describes Russian foreign policy as a Breaker of Europe. This prediction differs from the first scenario assuming Russia chooses not to confront the US directly but concentrates mainly on Europe and on breaking Transatlantic cooperation. In this scenario Russia acts as a catalyst for disintegration processes inside Europe. Political and economic crises in Europe splitting apart the EU would be in Russia’s interest, and could be actively provoked. As the experts in the study have pointed out, Russia has both the willingness and the instruments required to deepen existing divisions within the EU as well as between the EU and potential candidates for EU membership (Ukraine, Georgia, Moldova). Support for radical political groups inside the EU, tactical involvement in the Syrian conflict that increases refugee flows to Europe, political influence in some southern EU countries such as Greece and Italy, are just a few examples of the Russian activities. Russia may also use the ideology of Pan-Slavism in the Balkans, creating yet another line of separation in Europe. It may also seek a “special relationship” with Turkey, which is a crucial partner of the EU in dealing with migration crises. In this scenario, Russia may exploit crises in the EU, such as Brexit to increase the pace of disintegration of the EU and NATO. According to this scenario, the priority of Russian foreign policy may shift from confrontation with the U.S. to that of promoting the breakup of the EU. Such a scenario would create an opportunity for Russia to capitalize on the political disturbance and instability in the EU to reshape the entire European security system.

The last scenario, which is the lowest probability but is also based on the views of some Lithuanian commentators, envisions a possible change of Russia’s ruling elite. There are two probable variants of such a change: 1) a coup from inside of the Putin regime; 2) liberal transformation based on the realization that confrontation with the West is leading to disaster. Russia’s regime may realize that confrontation with Western countries is going to be unsuccessful and conclude that only political and economic liberalization (under the Western rules) will let Russia become an equal partner of the West and China. Such a transformation may occur gradually, by replacing the government with proponents of liberal reforms and by the eventual departure of the current ruling elite, including Putin.

These scenarios largely represent a pessimistic view among the Lithuanian experts. From this perspective, there is a need to expect and prepare for even more aggressive foreign policy coming from Russia. The greatest challenge for Lithuania and other Baltic states is Russia’s persistent intention to reshape the current political and security system in Europe. Of course, this pessimism by the Lithuanian experts reflects the current public discourse and anxiety persisting in the Baltic States regarding Russia’s intentions. The scenarios described above illustrate why Baltic political leaders are skeptical about softening economic sanctions on Russia and returning to business as usual. The precarious security of the Baltics and recent trends of division in the EU only underline the need for a more unified approach towards Russia inside the EU and NATO. If these efforts fail, Russia will be tempted to pursue its goals with even stronger determination.

About the author:
*Tomas Janeliunas is professor at the Institute of International Relations and Political Science, Vilnius University since 2015. He holds PhD in Political Science from Vilnius University. He has been Editor in Chief of Politologija, Lithuanian academic quarterly, since 2009. He has written articles and chapters of books on Lithuanian foreign policy, defense, and security issues, as well as on Lithuania’s relations with Belarus and Russia.