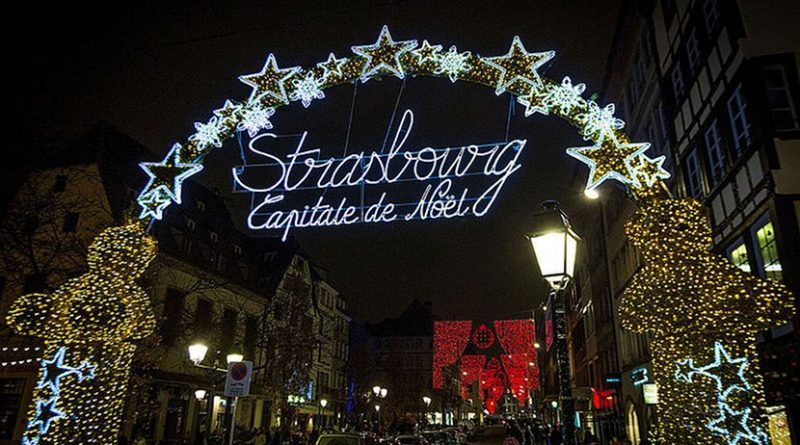 At least three people have been killed and 12 others injured in a shooting incident in the northeastern French city of Strasbourg, close to one of the oldest and biggest Christmas markets in Europe.

The suspect had engaged police in a shootout before fleeing the scene and is still on the run. According to some reports the assailant was allegedly wounded by Sentinel soldiers, while others suggested he might have injured a police officer.

The gunshots were fired close to one of Strasbourg’s Christmas markets at the Kleber Square located right in Strasbourg’s old city, which is a UNESCO world heritage site.

The entire Great Island (Grande Ile), where the historic center of the city is located, has been cordoned off by the police. All bars and restaurants located in the area have been closed with visitors and tourists asked to stay inside. The investigators are treating the tragedy as a terrorist incident.

The French Interior Ministry has called on public to remain indoors amid what it called a ‘serious security event’ in the city. A video posted on social media allegedly shows people injured in the shooting lying on the street.

Following the incident, the city was put on lockdown. As a precaution, the European Parliament building was also closed. The local media reported also that public transport was not working.

The shooter, who is still on the run, has been identified, the French media said. Authorities believe their target is listed on the ‘Fiche S’ list of potential security threats, was born in February 1989 in Strasbourg and may have been radicalized only recently. He was to be arrested Tuesday morning in a homicide-robbery case, yet when the investigators arrived at his home, he was not there. Grenades were found during the search, according to French media.

The search and response brigade, BRI, as well as the RAID, two French specialized intervention units, are currently engaged in an active search for the shooter. They are being aided by a helicopter deployed to track down the suspect.

The assailant entered the perimeter of the Christmas market via the Corbeau bridge at around 8:00pm local time, armed with an automatic weapon. After opening fire on the crowd he then fled the scene and, according to some reports, was wounded by a Sentinel strike team during his escape. The shooter was later allegedly encircled in the district of Neudorf, where exchanges of fire reportedly were heard around 10:00pm local time, yet there was no official confirmation that the shooter had been cornered.

The attack left three people dead and and at least a dozen wounded, according to the French Interior Minister. Previously the local prefecture had reported that four people had been killed in the shooting.