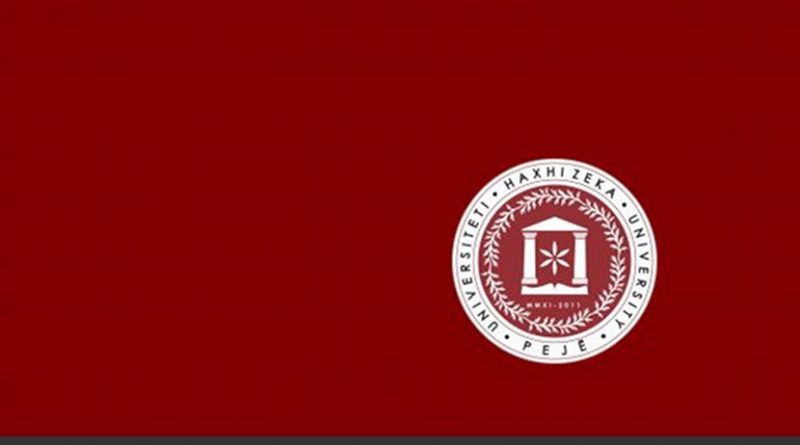 In early 2018, Prof. Dr. Kolë Krasniqi wrote a highly acclaimed book on the ‘eruption’ of Islamic Extremism and presence of radical organizations in the Republic of Kosovo. This Balkan nation with a high rate of corruption and insecurity has been exposed to Middle Eastern Organizations that are tied to a well known set of violent sectarian groups that inflict radical indoctrination and religious intolerance in South East Europe. In this context Prof. Krasniqi states: “The deep economic crisis and political tensions over the last two decades of the XX century and especially the circumstances of the 1998-1999 war, have contributed to the creation of feelings of social insecurity in all strata of Kosovo society.”

Furthermore, in the current role as Professor of Haxhi Zeka University, he emphasizes that: “these circumstances, are also characterized by the failure of the state apparatus, the high rate of corruption, the degradation of the health system and the destruction of the education system, have enabled the unhindered activity of foreign extremist organizations in Kosovo.”

At the present, all Western Balkan countries are captive of similar social, economic and political challenges and religious intolerance. In these circumstances, foreign extremist organizations have found a breeding ground in various Balkan countries including: Bosnia and Herzegovina, Albania, Montenegro, Croatia, Bulgaria and Macedonia, and through this territory, Western European Countries are also at harm’s way.

According to Prof. Dr. James F. Albrecht: “Kolë Krasniqi has prepared an enlightening text that comprehensively examines the development and existence of Islamic Extremism in Kosovo and nearby regions of the Balkans. It is interesting to note that where East meets West and where Islam meets Christianity, regardless if across the Balkans, Saharan Africa or central Asia, there has been the potential for geopolitical instability and conflict. This volatile environment, often coupled with ethnic, religious and political differences and a corresponding security vacuum, creates the perfect atmosphere for fostering religious and political extremism. Dr. Krasniqi has taken extreme measures to make this point clear.”

Dr. James F. Albrecht underlines that: “In the case of Kosovo, which lies in the heart of the Balkans, many of these conflicts between Christian Europe, supported by the Roman Catholic Pope, and Islamic Asia, led by the Ottoman Turkish Sultan, created a clash of cultures that transformed the Balkans into a multi-ethnic and multi-religious bridge that continues to connect Europe and Asia. For many centuries, most of the public across the Balkan Peninsula have co-existed peacefully, but when political instability developed, inter-ethnic differences, normally supported by conflicting religious beliefs, routinely evolved into armed conflict. When the Soviet Union and Yugoslavia met their demise in the early 1990s, the political volatility and absence of credible security mechanisms across those areas led to the drive for regional independence that often used ethnicity and religious belief as dividing principles.”

In the same vein, Dr. Albrecht states: “…As a result, illegal small arms and more lethal weapons were smuggled in from all directions. Most notably, Serbia received considerable support from Russian compatriots, while Muslims in Bosnia and Kosovo received significant reinforcement from Saudi Arabia and other Arabic nations, while Slovenia and Croatia obtained the backing of many European nations that were sympathetic to their plight.”

To balance the geopolitical weight and ensure a greater level of regional security, in his book, Dr. Krasniqi states that: “The predominant actors that continue to promote political and democratic reform within Kosovo are the European Union and the United States of America. However, given the religious background of the majority population across most of Kosovo, the Kingdom of Saudi Arabia and other entities that support the Islamic faith often took the lead in financial assistance and rebuilding infrastructure.”
Indeed the conversion of many ethnic Albanian secular Muslims across Kosovo to a version that supports conflict with the West and Christianity-at-large has created an ideal environment for the development of extreme religious beliefs.

It is a fact that Kosovo is primarily a secular nation with strong ties to the West, its Foreign Policy efforts to secure international recognition seek reliable ties with nations across the ocean and specifically with those that can provide a financial and political assistance. Over the last decade, the Government of Kosovo has embraced a tolerant policy towards interfaith dialogue and multiculturalism. Pristina is viewed as an important regional ally of the United States and European Union, while flamboyant radicalized religious efforts of this ‘jihad’ could be targeting a “despised enemy” in the West, a comprised network of nations that have continued to support the nation’s existence. Over the last thirty years, Dr. Krasniqi has strived to shed more light on the modern ethnic and religious fabric of the Balkan countries.