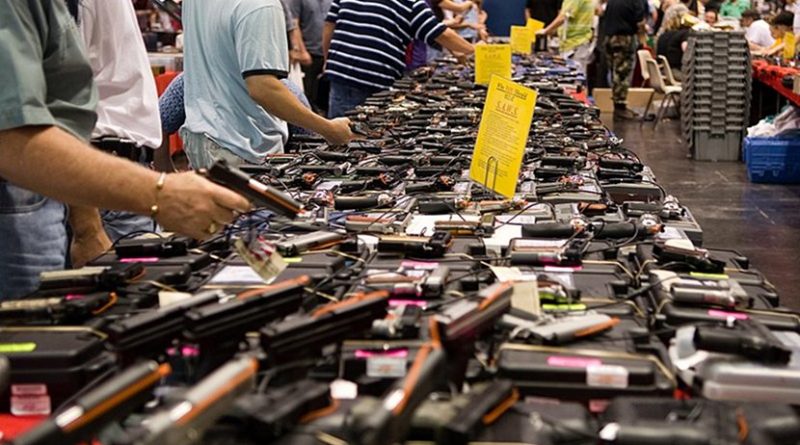 James Bovard notes the threat to private gun ownership posed by the “deep state,” the “officials who secretly wield power permanently in Washington, often in federal agencies with vast sway and little accountability.”

“While such laws were made by elected officials, it is unelected bureaucrats who are largely left in charge of enforcement, and that can cause big problems for gun owners. Just before press time for this issue, it was reported that a California farmer who was simply trying to meet the state’s ever-changing restrictive gun laws by registering his rifle is being charged with 12 felonies after the state DOJ determined his AR-15 to be “illegally modified.””

Bovard’s observations should not come as a surprise. As government agencies — unlike lawmakers — are able to directly access databases that relate to gun ownership, the agencies themselves are often in a position to abuse this information. These databases are under the control of gigantic bureaucracies like FBI that face little to no accountability from voters.

The National Instant Background Check System (NICS) is the pillar of all background check systems for firearms purchases and was a part of the 1994 Brady Act. Any time a prospective gun owner wants to buy a gun from a federally licensed firearms dealer (FFL), they must go through a background check. Under this system, the FBI looks at certain factors such as criminal history and mental health to determine if an individual presents too much of a risk to own a firearm.

Although NICS is marketed as a speedy background check system, it comes with its own set of problems. NICS has gained notoriety for producing false positives. In other words, law-abiding citizens are mixed and matched with criminals who have the same name. In turn, these individuals are prevented from acquiring guns due to bureaucratic errors.

Regardless, NICS has remained intact even when evidence has shown that it is ineffective in combatting crime. For example, crime rates had already gone into steep decline by the mid-1990s, well before NICS went into effect in 1998.

Fear of Gun Registration is Warranted

Yet, the gun-control bureaucracy continues to grow. This was on full display when Fix NICS was recently signed into law— it was the largest gun expansion at the federal level since the Brady Act was enacted in 1993. Under Fix NICS, state governments are now being incentivized to share records with the federal government in order to streamline the background check process. Proponents of Fix NICS claim that these tweaks would have prevented the Charleston church and the Sutherland Springs mass shootings, in which both shooters supposedly fell through the cracks of the NICS system.

Certain gun owners worry that the federal government’s program to incentivize states to hand over their gun records could lead to the creation of a federal gun registry. And these fears are not without their merits.

Bureaucracies are a Different Animal

Bovard thus raises an interesting concern: “While such laws were made by elected officials, it is unelected bureaucrats who are largely left in charge of enforcement, and that can cause big problems for gun owners”.

Exercising control over this sort of legal abuse can be exceptionally difficult when dealing with unelected bureaucrats. In the book Bureaucracy , Ludwig von Mises contended that the “worst law is better than bureaucratic tyranny”. There is considerable truth behind this assertion. A solid citizen lobby can vote out anti-gun politicians, but they will have much more work on their plate in order to put the clamps on bureaucratic overreach. In some cases it may require a wholesale abolition or defunding of a government bureaucracy — a tall order in today’s climate of ever-expanding government.

*About the author: Jose Nino is a Venezuelan-American political activist based in Fort Collins, Colorado. Contact: twitter or email him here.

Source: This article was published by the MISES Institute.