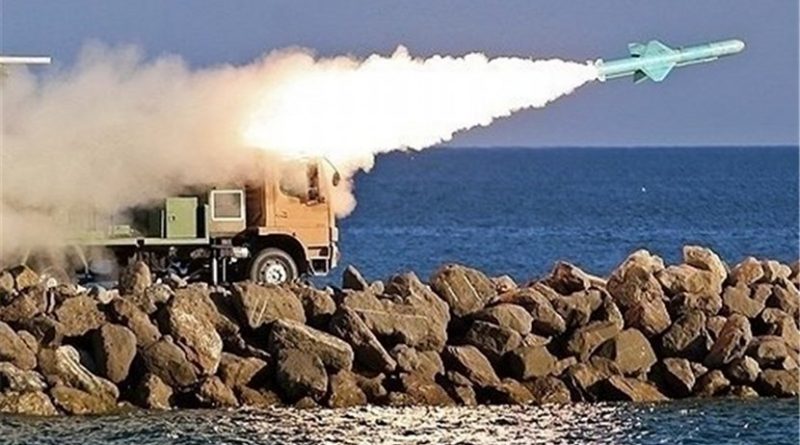 There are increasing signs that Iran is planning more attacks in the Gulf. The US and its Gulf Cooperation Council (GCC) partners are taking note and raising their readiness to deal with Iran’s aggression. Europe, however, is on a different wavelength. While acknowledging that Iran is violating the nuclear deal, UN Security Council resolution 2231 and international human rights law, some European nations are more interested in potential business opportunities with Iran.

Last week, a US Navy warship intercepted what officials called a “significant cache” of advanced Iranian missile parts, which were on their way to the Houthis in Yemen. The capture was especially significant because it was the first time such high-level missile parts had been intercepted en route to Yemen.

The foreign ministers of France, Germany and the UK and the high representative of the EU said in a joint statement last month that they were “extremely concerned” by Iran’s declaration that it was restarting uranium enrichment activities at the Fordow facility. The International Atomic Energy Agency confirmed that finding in a report it released the same day.

In Iraq, there have been nine missile attacks on joint US-Iraq military facilities in the past month, including an attack this week that saw four missiles fired at US forces. American officials believe that Iran and Iranian-backed groups are behind these increasingly sophisticated attacks. Last Friday, US Assistant Secretary of State for Near Eastern Affairs David Schenker said: “Iranian-backed militias are now shelling Iraqi bases with American and anti-(Daesh) coalition forces on them.”

There have also been media reports that Iran is clandestinely positioning short-range ballistic missiles in Iraq that could reach Kuwait, Saudi Arabia and other countries.

Several factors may explain Iran’s escalations. First, the Islamic Revolutionary Guard Corps (IRGC) must feel emboldened by the lack of direct military response to its brazen attacks on Saudi Arabia’s oil installations in September and other attacks on shipping this year. Second, the IRGC is acting up because US-imposed sanctions are biting and reducing the money available to fund its activities. Third, and probably most important, are the protests directed against the Iranian government at home and against its presence in Iraq and Lebanon. By escalating tensions with the US and its Gulf partners, Iran aims to divert attention from those protests and the brutal suppression of peaceful demonstrators.

At last month’s Manama Dialogue, US officials, including Central Command head Lt. Gen. Kenneth F. McKenzie, warned against Iran’s escalation. McKenzie said the recent deployment of 14,000 additional American troops to the Gulf region had not stopped Iran from planning a major attack similar to its Sept. 14 missile and drone attack on Saudi Arabia’s oil installations. He said that the additional troops, fighter jets and air defenses might have deterred Iranian attacks on American targets, but not attacks directed against non-American targets. “My judgment is that it is very possible they will attack again,” McKenzie emphasized.

In light of these assessments, the GCC summit, which took place in Riyadh on Tuesday, also sounded the alarm about possible aggression by Iran. Since the start of Iran’s direct attacks on shipping in May, GCC forces have increased their vigilance. The summit endorsed the recommendations made by the GCC Joint Defense Council, which is composed of ministers of defense, as well those of military commanders, to beef up their defensive capabilities, training and preparedness. Invoking Article 2 of the GCC Mutual Defense Treaty of 2000, the GCC members are mobilizing their resources to deal with the threat coming from Iran.

There are reports that the US is considering deploying more troops and military assets to the region, while the US and GCC are working together in an international coalition to protect maritime navigation. The coalition, known as the International Maritime Security Construct, was proposed by the US in July and started operations in November. Its area of operation covers the Arabian Gulf, Strait of Hormuz, the Bab Al-Mandab Strait and the areas in between.

But while the GCC and the US are joining forces to defend against Iranian aggression, European allies are not. Reluctant to join US-led efforts for fear of offending Iran, they are working alone — slowly and on a very limited scale — despite Europe’s strategic interest in keeping the Gulf safe for shipping and trade. In late November, French Defense Minister Florence Parly announced that a French naval base in the Gulf would serve as the headquarters for a new European-led maritime security mission. The new center is expected to open early next year and will begin operations with a staff of 15. Despite this small number, Parly said they will “contribute to making maritime navigation in the Gulf as safe as possible.” France hopes to attract about 10 European nations, but so far only the Netherlands has confirmed it will join the initiative over the coming year.

At the NATO summit in London last week, Iran was not on the agenda. Although it is US-led, NATO’s membership is mostly European nations, which appear to be more interested in trading with Iran than worrying about the threats emanating from Tehran. Earlier this month, six more European countries joined Britain, France and Germany in supporting the new European construct called Instex — a financial barter mechanism meant to help Iran circumvent US sanctions and enable European companies to do business with it.

Unfortunately it may take more Iranian attacks to persuade Europe to start worrying.