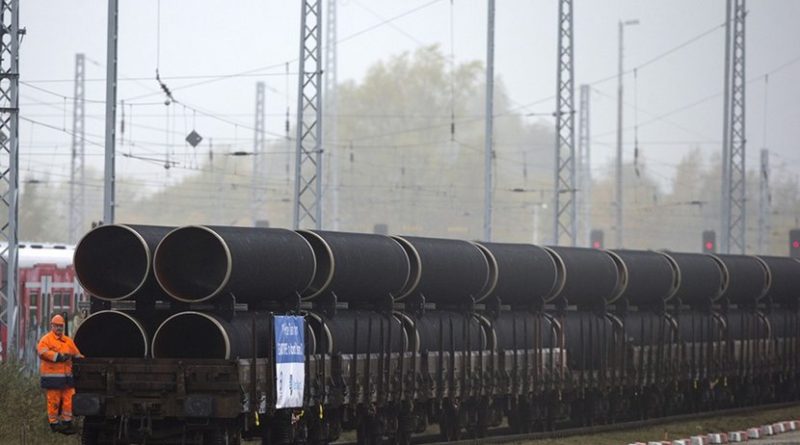 Historically, the U.S. perceives the EU as a developing organization which needs guidance and advice. Though just a few years ago Europe seemed more united and found consensus more easily, the United States managed to influence the European politics easier. Everything has changed.

Europe “has grown out of children’s clothing” and has become a serious organization capable of making informed decisions by itself. As soon as France, Germany or any other European country starts to oppose the U.S. and express alternative opinion, Washington doesn’t tolerate this. It uses all available means to keep control over Europe, thus making tensions in Europe even harder.

One of such tools to manipulate the European states is “give something to get what you need later.” Washington gives support (financial, political or military) some European countries consider very precious, usually in exchange of their loyalty to all U.S. decisions. This gained loyalty allows the U.S. to defend its interests not only in Europe, but in other world regions either.

Let’s look at some examples.

U.S. lawmakers announced an agreement on Monday on a $738-billion bill setting policy for the Department of Defense, including new measures for competing with Russia. In particular, it included sanctions on companies helping Russia’s gas giant Gazprom to complete the Nord Stream 2 pipeline project in the National Defense Authorization Act for the U.S. defense in 2020.

Russia is building the pipelines to bolster supply to Europe while bypassing Ukraine, and members of Congress have been pushing the Trump administration to do more to stop the projects.

Serious political tension is rising among the European countries relating this issue.

Some European Union member states, including Germany do not sacrifice national economic interests from realization the Nord Stream 2 pipeline project to please the U.S. and strictly oppose the U.S. sanctions. The route will traverse the territorial waters through the Exclusive Economic Zone (EEZ) of five countries including Russia, Finland, Sweden, Denmark, and Germany.

Chairman of the Bundestag Committee on Economics and Energy Klaus Ernst even called the US sanctions against the Nord Stream 2 AG project “contrary to international law.” Ernst emphasized that the United States should not be bothered by the way in which Germany “shapes its energy policy.”

At the same time, Ukraine, Poland, Slovakia, Estonia, Latvia, Lithuania and Romania oppose the construction. Latvia and Lithuania call it political. In reality, they just support the U.S. in exchange of its military help. The matter is these countries highly depend on Washington in defense issues and consider the U.S. and NATO (where the U.S. is the leader) the only guarantee of their security in case of war with Russia. Europe is forced to be obliged to the U.S. And Washington strengthens its military presence in Europe to consolidate the status of defender.

A massive military exercise in Europe DEFENDER-Europe 20 involving 20,000 U.S.-based troops will take place soon in Europe. Even the name of the exercise speaks for itself. It is the largest deployment of U.S.-based forces to Europe for an exercise in the last 25 years.

The U.S. military unit, which employs more than 500 land force troops with heavy equipment – about 30 Abrams tanks, more than 20 infantry combat vehicles and other equipment have already arrived to Lithuania.

The more so, it is well known that the U.S. demonstrates in every way its commitment to the Baltic States’ defence and provides these countries with military equipment and arms. Thus the Baltics have no other choice but to support any US decisions. Such behavior, in its turn, makes tension among the EU member states stronger and does not strengthen relations, but leads to a further split in the EU.

Europe suffers from excessive care on the part of the U.S., but the “log-rolling” model is in action. Europe became a bargaining chip in the confrontation between Russia and the U.S.

How To Get More Electric Cars On The Road