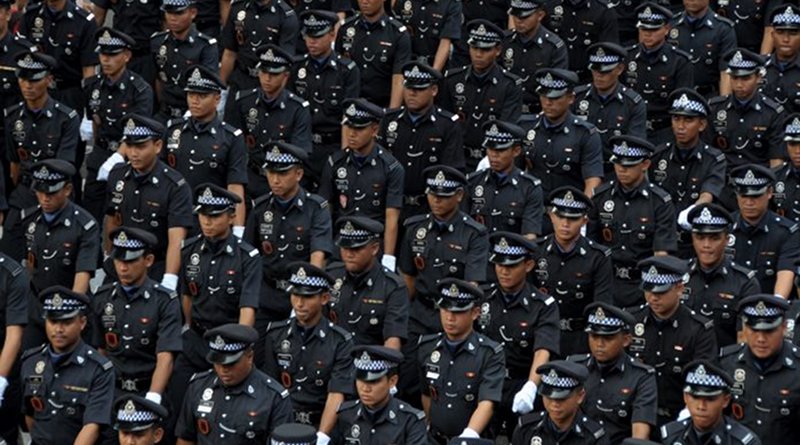 The Independent Police Complaints and Misconduct Commission (IPCMC) Bill was supposed to be one of the cornerstones of the new Malaysian administration, which had swept into power 18 months ago on a wave of calls for transparency and accountability.

However, on Dec. 3, it was announced the next tabling of the bill to parliament would be postponed until next year in a major setback to a novice government learning the hard way how to govern a country.

Getting things done and a free and fair society is far from easy when your opponents — who have never played fair — are not just sitting across the room from you in the legislative halls of power.

The police have always been viewed with suspicion in Malaysia, reviled as much for their unabashed corruption as they were for their arbitrary application of the law.

The Malay term duit kopi (literally ‘coffee money’) has become synonymous with a roadside stop or roadblock, where police will demand a cash sum in exchange for turning a blind eye to an infraction of the law — real or imagined.

In 2005, a royal commission of inquiry recommended civilian oversight, having received more than 900 complaints of torture, deaths in custody and abuse of detention laws.

On a more sinister level, the elite Special Branch unit has been linked to a number of high profile disappearances and murders that have fuelled public belief the unit considers itself above the law, existing to do the bidding of the “higher-ups” — people at the highest level of society.

However, to understand the significance of recent events, we need to turn the clock back a decade or so.

The Bersih movement began in 2006, a group led mixture of opposition MPs and prominent lawyers whose prime objective was demanding free, clean and fair elections.

From small beginnings — issuing letters and statements of protest, and organising rallies of 10,000 or so — the movement ballooned in popularity over the next decade.

The government initially dismissed Bersih — which means both ‘clean’ and ‘yellow’ in Malay — as a fringe group, attempting to apply the usual methods of divide-and-rule to break it up, but the movement reorganised in 2010, shedding itself of its political support and becoming an independent civil society group, while keeping its trademark yellow shirts.

While Najib went on to scrape through the 2013 general election through rampant gerrymandering and delineation of electoral boundaries, his administration’s blatant disregard for the law or even ethics caused widespread public disquiet and a fair degree of concern among his own supporters.

His subsequent crackdowns on political opponents, dissenters and the media — coupled with his involvement in the 1MDB scandal — proved to be a tipping point.

In 2016, Bersih organised another protest rally. The police, in typical fashion, arrested the organisers but accepted the group’s request to hold the demonstration, which was submitted in good time.

In similarly typical fashion, the police sat on the request until it was too late to change the route, then rejected it.

In this way, they could justify the use of force if necessary.

Nevertheless, the rally passed off peacefully — despite an attempt by red-shirted government supporters to provoke violence — with key opposition leaders promising the ideal closest to the heart of the movement: transparency, clarity and clean government.

Crucial to the movement was the appearance of former prime minister Dr Mahathir Mohamad, complete with yellow T-shirt.

He had recently resigned from UMNO in disgust at Najib’s corruption, while it was believed he was also behind an unsuccessful attempt to oust Najib from office at the party’s annual conference.

In one of those ironies that can only happen in Malaysia, the then 91-year-old and architect of draconian Barisan Nasional policy showed up to win the hearts and minds of youngsters.

At the event and in later election campaign addresses, he spoke of openness, democracy and the rule of law, all of which he ruthlessly suppressed when in power from 1981 to 2003.

Now, the public is looking to him, as prime minister once again, to make good on his promises, his heady talk of reform and transparency.

The IPCMC Bill is a key part of this reform. For the first time, an independent civilian body would have oversight over the police.

Until last week, everything seemed to be ticking along nicely.

In May, the inspector-general of police was sacked. While not connected to any illegalities or wrongdoing directly, the government felt that he was too closely tied to its predecessor and, by default, mired in corruption and cronyism.

His replacement, Abdul Hamid Bador, promised reform and an overhaul of the force.

Rank-and-file cops wrote him an open letter, saying they were fed up with the cronyism and corruption, and asking him to restore the reputation of the police.

To be fair, some changes have been made and everyone is on the same page, it seems.

The latest reading of the bill was postponed until next year, because the police were not happy with it and not prepared to co-operate if it was pushed through to a vote.

However, the government needs a public win.

While behind the scenes it may be making serious changes to undo the years of corruption under Barisan Nasional, the Pakatan Harapan government’s humiliation at the recent Tanjung Piai by-election and recent opinion polls show that the public does not think it’s doing enough.

It was supposed to make good on the promise to the people that the police could be brought to account; that the force wouldn’t be a law unto itself; and that when a member of the public came face-to-face with an officer he or she could expect exactly what was engraved on the officer’s badge: integrity.

That promise will have to wait — and with it the freedom from arbitrary arrest and exile.

*Gareth Corsi is a freelance journalist based in Malaysia. The views expressed in this article are the opinions of the author and do not necessarily reflect the editorial stance of UCA News.