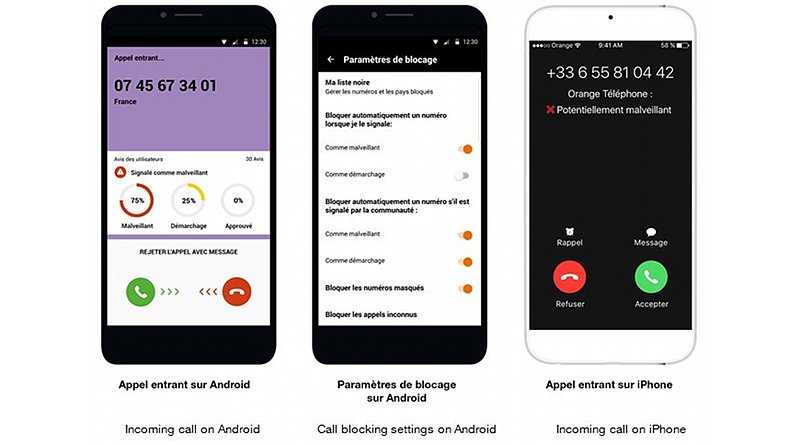 Unwanted calls and illegal cold-calling are increasingly finding their way into the private lives of landline and mobile phone users. In a single year, these types of calls have increased threefold.

Unwanted calls and illegal cold-calling are increasingly finding their way into the private lives of landline and mobile phone users. In a single year, these types of calls have increased threefold. Whether these take the form of pre-recorded messages or hard-selling using a fake number, consumers are asking for solutions to fight back against these calls which have become a daily irritant.

With this in mind, Orange said it has decided to help users better protect themselves against unwanted cold-calling on both their landlines and mobile lines.

Orange has blocked 101 million  unwanted international calls towards landlines and mobiles since September 2019, or an average of 1.6 million calls a day, the company said. The aim for Orange is to thus enable its clients to protect themselves from unwanted cold-calls, in accordance with the decision taken by the ARCEP on July 11, 2019, in co-ordination with all stakeholders, the company said.

In the same way, Orange has been involved in maintaining the “do not call” registry (Bloctel) since it was set up. This list enables consumers who subscribe to it to not be disturbed by companies of which they are not clients. To help consumers better protect themselves against abusive practices, Orange offers them to option to register on the list.

With the Orange Telephone application, Orange said it is enhancing protection against unwanted calls and “attacks” against mobiles. Free and advert-free, the Orange Telephone app makes life easier for Android and iOS users. It is freely accessible and already counts over 1.5 million active monthly users. It also offers dedicated advanced functions for Orange clients.

Available in 26 countries and in 14 languages, this application offers information on the nature of incoming calls using protections against unwanted calls (informing the user or blocking the call in the event of a malicious call or cold call). It also includes a reverse phonebook function which displays the names of businesses even if they are not saved in contacts.