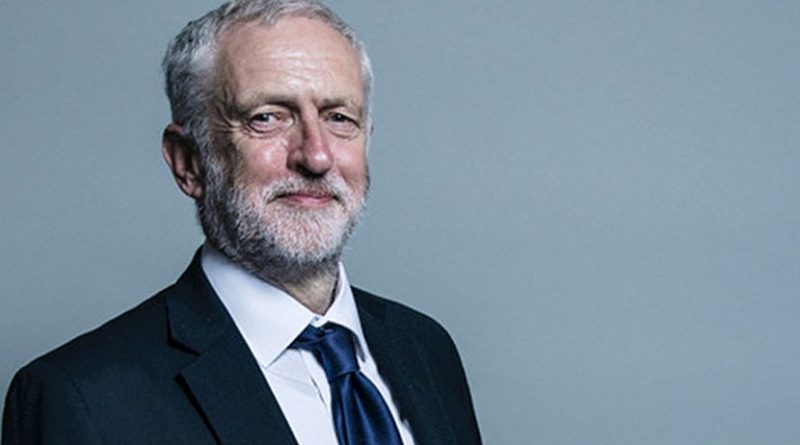 UK general elections were held on 8 May 2015. The Labour Party lost the elections and the leader Ed Miliband resigned. Jeremy Corbyn was elected in British Labor Party Chairmanship as of 12 September 2015 with 60 percent of delegate votes. He held no serious public post in the past. His rivals didn’t take him seriously. The minimum number signatures, 36-delegates needed for the nomination, were provided almost at the last minute. Jeremy Corbyn had support of young delegates who were using social media. They almost ignored the traditional media.

Jeremy Corbyn was born in 1949 to an electrical engineer father and math teacher mother, as the fourth and the youngest child. He completed his secondary education with good grades. He attended North London Polytechnic but soon he left his university education. So he has no college degree. Then he worked in a voluntary program in Jamaica the next two-years. He is against war, against nuclear weapons, against the construction of nuclear intercontinental ballistic missiles Trident. He is against war in Afghanistan, Iraq. He is against the bombing of Syria.

He is against the use of fossil fuels in thermal power plants, shale gas fracking, and drilling. He is against nuclear power plants. He was against the apartheid policy in South Africa, so from time to time he was arrested for his picketing. He was actively involved in the process of international persecution of Chilean dictator Pinochet, and the Chilean government of human rights violations. For many years, he wrote a weekly column to explain his political views in the British leftist “Morning Star,” newspaper.

He has married three times. He had three children from his second wife. He wanted to get their children in public schools, although his second wife preferred private schools , so they ended their marriage. His first wife was a communication professor. His second wife was a Chilean refugee. His third wife is Mexican emigree. He speaks Spanish fluently. He follows the literature of Latin America closely.

He has no car and rides a bicycle. Since 1983, he has won 7-elections held in his constituency at North London. He has beard for 33-years as the member of the House of Commons and is one of the rare bearded members of Parliament. Since his job in a pig farm when he was 20-year-old, he is a vegetarian, he does not drink. He comes from the Christian tradition, but he believes to be in an equal distance from all belief. He is an Atheist and a Republican, so he does not sing the national anthem starting “God save the Queen”, but stays respectfully silent. He is not against the Royal British Monarchy, nor against the concept of the European Union, but he wants Britain to be distant to NATO military obligations.

He has the least spending budget while working as a member of parliament. His office is rented from a charity. He lives a very modest life. Outside parliament he does not wear a tie and buys cheap wearing simple plain clothes. He participated in a TV program with a sweater that his mother made.

He supports animal rights activists. He is approaching gay rights with the tolerance. He recently formed a “shadow cabinet” with half of the members being female parliamentarians.

Let us now look at Corbyn and Turkey. He is one of the members of the European Parliament who prepared “Human Rights Report in Turkey” after the September 12 coup. This report dated 1983 had very serious human rights criticism of the nasty events that took place in that period with adverse reactions in Turkey. He knows details of human rights violations in Turkey in the past. He voices those criticism in the British parliament. He wants to end university tuitions. He wants each and every student be able to play a musical instrument during secondary education. He supports more budgets for Art, opera, music. He plans to remove 500m £ of spending cuts on culture. Art is essential to human beings, he says. He says, government should allocate more public funds for The BBC broadcasts on money for art- culture.

He wants to take more taxes from many high earners.

He wants to erase austerity measures, so that poor will not be affected.

He wants to take serious measures against tax avoidance, and tax evasion.

He supports renewable energy. He supports employment on offshore platforms.

He wants to increase minimum wage to not less than £ 10 per hour.

He speaks always very seriously, not doing much humor.

He wants to renationalize the privatized railways. He supports the renationalization of power plants again. He wants to freeze rental prices. He is looking positive to the arrival of refugees. It advocates the unification of Northern Ireland with the south. He says it is necessary for open dialogue with the Palestinian organizations Hamas and Hezbollah, since one can make peace negotiations with dialogue. Argentina and the Falkland Islands should be joint management, he says. Conservative prime minister, David Cameron says, Jeremy Corbyn is “national security risk”.

In this era of a chaotic world environment, it is so interesting and exciting to have such an unconventional party leader. We understand that British voters are tired of conventional politics, and labour delegates voted for realistic, left-wing politics. If the economy worsens, he may have more chance of winning the next elections. The next elections is after five years of regular general elections. Do we need such leaders in all climates? We wish success to the British Labour party leader in 2020 elections.

Home » Who Is Jeremy Corbyn? – OpEd