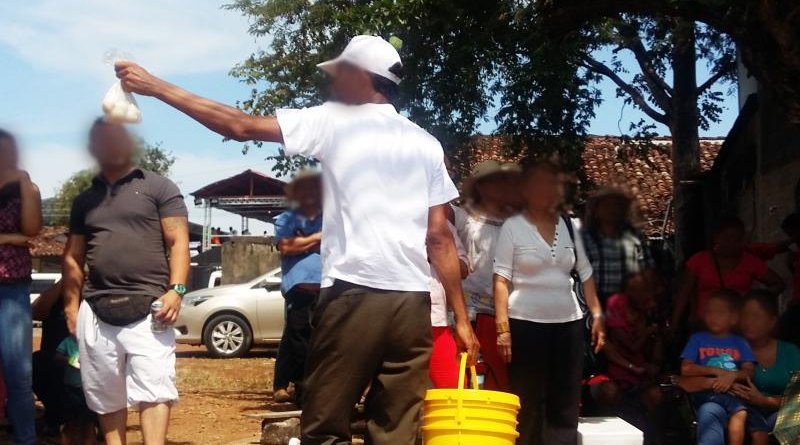 Leatherback turtle (Dermochelys coriacea) eggs laid in Bocas del Toro nesting beaches in the Panamanian Caribbean may be harmful to consumers. According to a study by the Smithsonian Tropical Research Institute (STRI) and collaborating institutions, they contain high concentrations of trace metals and their ingestion could pose health risks to local communities. Decreasing the consumption of leatherback turtle eggs would benefit the well-being of consumers and the conservation of this endangered species.

Leatherback turtle eggs are not inherently harmful. The accumulation of trace metals in them reflects the contamination in the environment that nesting females are exposed to throughout their migratory routes. Because of their longevity and relatively late maturity, marine turtles can accumulate significant amounts of trace metals as they grow. For leatherback turtles nesting in Bocas del Toro, the Gulf of Mexico is a potential risk zone for contamination. This gulf is an important feeding area for the species, but it is also strongly polluted from agriculture, industry and oil facilities, as other areas in the Caribbean and Atlantic.

This was reflected on the measurements taken by scientists on freshly laid eggs in Panama. They revealed higher concentrations of iron, zinc, arsenic, selenium and strontium than previously reported for this species, with arsenic values being the highest ever measured for eggs of any sea turtle species, while mercury and zinc levels were above international standards for children. These results demonstrate that the ingestion of leatherback turtle eggs poses health risks to local communities, including an increased life-time carcinogenic risk for adults and children.

These potential health hazards are not exclusive to the eggs of this turtle species. A 2016 study by STRI researchers analyzed Green turtle (Chelonia mydas) and Olive Ridley turtle (Lepidochelys olivacea) eggs from the Panamanian Pacific and also found high concentrations of toxic metals in them, including manganese, iron, copper, zinc, arsenic, cadmium and mercury.

Meanwhile, efforts to halt or reduce marine turtle egg poaching have failed in many countries. At Changuinola beaches in Bocas del Toro, a high percentage of sea turtle clutches may be exploited during the nesting season. For many locals, this represents an important food source and a way to generate income. At the same time, it remains a major threat to the survival of turtle populations.

“The conservation of sea turtles has been compromised for decades from regional and local exploitation, with few successful protection measures,” said Hector M. Guzman, STRI researcher and principal author of the study. “Populations, instead of recovering, continue to be affected by bycatch and egg poaching.”

Leatherback turtle populations in this area (northwest Atlantic) are already considered vulnerable and under evaluation, but in other oceanic regions the situation is more serious. The harvesting of eggs and the destruction of nesting habitats has severely affected the eastern Pacific populations, which are categorized as critically endangered. That is, they face an extremely high risk of extinction.

“Our study demonstrated that there is a severe risk coming from eating turtle eggs due to the accumulation of certain metals with unknown long-term impacts,” said Stefanie Kaiser, a biologist at Universität Hamburg and co-author of the study. “Clearly, turtle eggs are not made for human consumption, and both local residents and sea turtle populations will benefit from putting a stop to the exploitation and consumption of eggs.”

The researchers recommend that conservationists focus their attention on the human health effects of consuming turtle eggs as an alternative approach to discourage egg poaching. They further suggest health education initiatives that increase awareness among local doctors, health workers and the public about these risks.

“We must open our eyes to the potential toxic effects of egg consumption on human health,” Guzman said. “It is best to raise public awareness country-by-country, but we also need the support of our health and environmental institutions to communicate the message.”