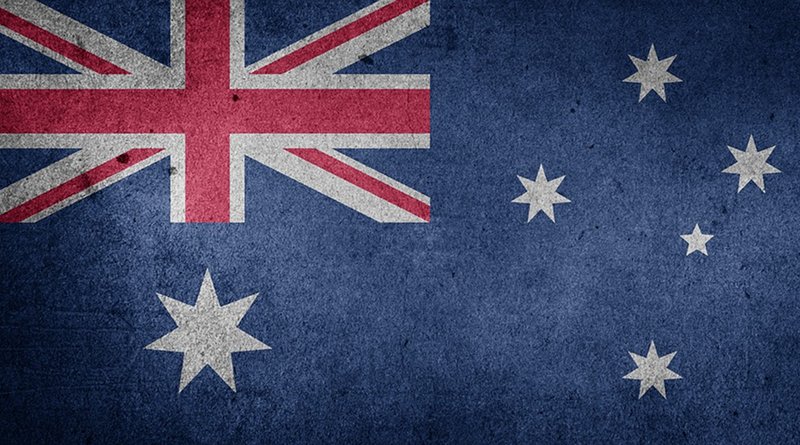 Australia’s Foreign Minister, Marise Payne, said little in the statement from her department, which was a good thing, as it might have been dangerously useful.  The finding of a UK court on whether Julian Assange would be extradited to the United States was made “on the grounds of his mental health and consequent suicide risk.”  She does not care to mention the actual details of the case, the fact that the decision by District Judge Vanessa Baraitser, while blocking the extradition, was nastily focused against journalism.

Payne insists on objective distance from the proceedings.  “Australia is not a party to the case and will continue to respect the ongoing legal process, including the UK justice system’s consideration of applications for release, or any appeals.”  Superficial regard for due process is thereby preserved and acknowledged.

What follows from the statement is a cover excusing the feeble efforts by Australian governments over the years of all stripes to assist Assange in his monumental battle against the US imperium and the proxy torments inflicted by Britain and Sweden.  “We have made 19 offers of consular assistance to Mr Assange since 2019 that have gone unanswered.  We will continue to offer consular support.”

Such a statement sticks to the steady line that Australian officials have always been there, always ready and eager to assist a citizen beleaguered, persecuted and haunted by the agencies and instruments of an ally.  But the position is sacredly supine: do not rock the alliance with either the US or the UK; do not disturb the good offices of Washington or raise hackles in Downing Street.

In the past, Australia, with a few dubious exceptions, has shown scant regard to shielding citizens in a monumental pickle, especially those accused of grave crimes of a political nature.  The Howard government’s lamentable response to David Hicks and Mamdouh Habib, both accused of terrorism offences by the US in the misnamed global war on terror, has been documented.  Hicks found himself facing that most dubious of legal experiments with cheery Australian approval: US military commissions established by the administration of George W. Bush.

When the US Supreme Court struck down the legality of the commissions in Hamdan v Rumsfeld (2006) for violating the Uniform Code of Military Justice and the four Geneva Conventions signed in 1949, then Australian Foreign Minister Alexander Downer remained unmoved.  “Prior to that the military commission process had been upheld by other courts including the US court of appeals, so it had been, until it went to the Supreme Court, a process that was upheld by American civil courts.”

Hardly the sharpest legal analysis ever offered, and one leaving Australian officials flatfooted in their treatment of an Australian citizen.  “Our advice has been, as had the American Government’s advice had been, that it was lawful,” explained a less than contrite Prime Minister John Howard.  “Now, the court has said no, well, we accept that – you get advice and you act on it.”

The case with Assange is no less dire.  When President Barack Obama’s Vice President and soon to be US President Joe Biden was asked about the release of US State Department cables by WikiLeaks in 2010, the response was unequivocal: Assange was a species of “hi-tech terrorist”.  Republican Rep. Peter King of New York insisted that he be charged under the Espionage Act of 1917 (corks must have popped at the release of the Department of Justice indictment doing just that) and WikiLeaks designated a terrorist organisation. Obama’s Secretary of State Hillary Clinton merrily floated the idea of using a drone against Assange that same year, though claimed not to recall doing so in 2016.  “It would have been a joke, if it had been said, but I don’t recall that.”

Rather than defend an Australian national against the positively homicidal and kidnapping disposition of US politicians and agencies, Canberra has been generally reticent, hiding behind the fiction of due process.  In some cases, Australian officials have gone so far as to level their own accusations against the Australian national, hinting that Assange might deserve trial and incarceration.  Former Prime Minister Julia Gillard stumbled into a trap of her own making in asserting in 2012 that it was an “illegal act” to leak documents to WikiLeaks.  “It would not happen, information would not be on WikiLeaks, if there had not been an illegal act undertaken.”

Unfortunately for Gillard, she had not reckoned with the corrective assessment of opposition legal affairs spokesman George Brandis.  Gillard, he said reproachfully, had been “clumsy” in her use of language.  “As far as I can see he (Mr Assange) hasn’t broken any Australian law.”  Shadow Foreign Minister Julie Bishop similarly pointed out that Gillard was unable to identify “any Australian law that Mr Assange has broken.  Nor has she apologised for pre-judging him in that way and making that prejudicial statement.”

In 2012, when he was Australian Foreign Minister, Bob Carr also waffled in accusation, casting a spear at Assange for releasing “secrets… for the sake of being released without inherent justification.”  In doing so, he threw in his lot with those who considered the release by WikiLeaks to be nothing like the Pentagon Papers, that jewel of exposure released by US Defence Department analyst Daniel Ellsberg.  The WikiLeaks exposures were “not like Daniel Ellsberg’s Pentagon Papers which revealed huge American deception, huge deception by the American government of the American public.”

This was horrendously off the mark, not least given the assessment by Ellsberg himself since 2010 and at Assange’s extradition trial.  In December 2010, Ellsberg released a co-signed statement remarking that, “Every attack now made on WikiLeaks and Julian Assange was made against me and the release of the Pentagon Papers at the time.”  In giving his testimony as a defence witness for Assange in September 2020, he further argued that his “own actions in relation to the Pentagon Papers and the consequences of their publication have been acknowledged to have performed such a radical change of understanding.  I view the WikiLeaks publications of 2010 and 2011 to be of comparable importance.”

Carr was also irritated by those nuisance accusations that Assange had not received sufficient consular assistance.  In his diary entry of June 2, 2012, he notes being, “Fed up with complaints from [Assange’s] family suggesting he hasn’t been supported by Australia and the opposition spokesperson saying the same thing”.  Disingenuous to a fault, Carr made the adventurous suggestion at a press conference that the WikiLeaks publisher “has had more consular support in a comparable time than any other Australian.  Strictly speaking, I don’t know whether this is the case.”

Carr has since undergone the sort of transformation that the Czech dissident playwright Václav Havel found inherent in politics.  The very nature of the practice – one can hardly call it a discipline – produces a divorce between truth and the human being.  When it is convenient, these might meet, human might and solidarity marshalled behind verity.  Carr, for a time, found it inconvenient to consider the truth of Assange’s situation. Now, he has become Assange’s late-to-the party standard-bearer and defender.  His extradition to the US, argues the converted Carr, “would set an ugly precedent.”

In the aftermath of the court decision, Carr suggested on Twitter that Australia was “entitled to tell Trump in his last days that Assange is one of us and his extradition is wrong.  He exposed US war crimes exactly like our own in Afghanistan which we are prosecuting.”  He also had words for Payne: raise the matter of Secretary of State Mike Pompeo in forceful and proud fashion to defend an Australian case. “Or does your view of the [US-Australian] alliance mean you never do that?”  Havel would have rolled his eyes.