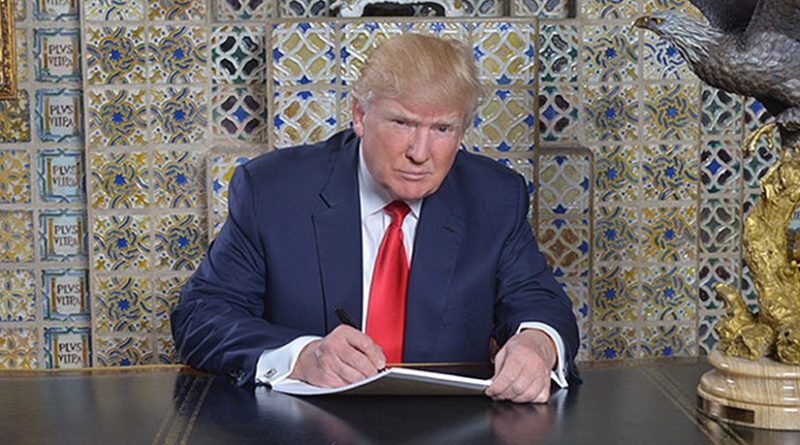 The running war of words between the White House and the mainstream media is bad news for the fight against fake new. It will lead to an even more divided America and will have consequences for the rest of the world.

President Donald Trump wasted no time declaring war on his first day in the White House. It wasn’t against Islamic State, not yet at least. Not China or Mexico. Not even the Democratic Party. The war he started immediately was with the American media.

The first salvo was fired over what he alleged as their false reporting of the size of the crowd at his inauguration. Newspapers and television networks said it was much smaller than President Obama’s and showed pictures of the two ceremonies. The new president fired back accusing them of producing fake news. Not mincing his words, he declared: “I have a running war with the media. They are among the most dishonest human beings on earth.”

Since then it has been a non-stop volley of accusations and counter-accusations over issues such as his comments on the number of illegal voters in the election and the media’s reporting of his rift with the American intelligence community. The battle lines were drawn by his chief strategist in the White House, Steve Bannon, who declared: “The media here is the opposition party. They don’t understand this country. They still do not understand why Donald Trump is the President of the United States.”

The battle between the mainstream media and the right-wing conservative elements of American society which form a large part of President Trump’s base has been going on for some time, long before he was elected. Both sides fought such a sustained hate-filled campaign to discredit the other, it became part of the political landscape in America, as commonplace as pork-barrel politics and gerrymandering.

But now, with the president himself leading the charge, the consequences of such a war are far greater. There are three important implications for the US, and the rest of the world.

First, it is going to be much more difficult to contain the spread of fake news. After President Trump’s election, social media such as Facebook were heavily criticised for their role in disseminating them. In one well-documented case, false news of Pope Francis endorsing candidate Trump was shared a million times on Facebook. In contrast, when the New York Times ran an investigative scoop on Trump’s tax returns, the groundbreaking story was shared fewer than 200,000 times.

Facebook and others promised to do more to filter out these falsehoods but their task has been made impossible because the new administration has a different spin on what is fake and what isn’t. Kellyanne Conway, a White House aide when asked why the administration had insisted the inauguration crowd size was larger than Obama’s despite photographic evidence to the contrary, said their version was based on “alternative facts”.

Who Is The Gatekeeper?

When even the most documented facts are being disputed, who can play gatekeeper? Even more troubling, anti-Trump websites speaking on behalf of the progressive left in the US have upped their fake news output in response. Speaking to the Atlantic magazine, Brooke Binowski, managing editor of the fact-checking Snopes, said she had seen more fakes news emerging now directed at liberal audiences.

So, both sides are now adding to the mountain of falsehoods. The result of all this will be an even more divided America – that’s the second consequence of this damaging war. There is now almost no hope the political divisions will heal after one of the most divisive presidential elections.

The media can be a powerful medium for unity even in a diverse country like the US. It did so after the September 2001 terrorist attack. But the US media is now a participant in the war and has itself become a divisive force. For the rest of the world, a divided America is bad news because it will result in more uncertainty in American foreign policy.

Third, how the American mainstream media respond will determine whether they emerge from this war with credibility enhanced or damaged even more. Newspapers like the New York Times and TV networks like CNN had to eat humble pie when they called the election wrongly.

It wasn’t just that their polls were off (many got theirs wrong as well) but they shaped their news coverage and commentaries accordingly, reflecting their disinclination for Trump. Even after his victory, they continue to be active participants in the war, in their selection of stories and their slant. Of course, no one can accuse them of producing fake news and their professionalism isn’t in doubt. But they are clearly partisan and contributing to the division in the country.

Perhaps they have no choice because the White House attacks against them go to the very heart of their existence. When someone attacks your brand and the very thing you stand for, the natural instinct is to counter-attack and discredit the attacker or you could be destroyed.

But what if the attacker is none other than the president? And what if in mounting your counter-attack you risk betraying the values of impartiality and fairness that underpin your reputation?

Mainstream media in the US is now in this no-win situation. It is a sorry state and will make the battle against fake news even harder to win. When there is so much falsehood, mainstream newspapers and television should capitalise and benefit from it by being the paragon of accuracy and fairness that they have always claimed to be.

They can and should become the most trusted source of information counting on their established reputation and brand developed over the years. But how can they play this role if their integrity is constantly being undermined by the White House and they are actively engaged in the war of words against the president?

An America at war with itself cannot be great again, not for President Trump, or the media, or the rest of the world.

Home » The Rise Of Trump And Global Implications: America At War With Itself – Analysis