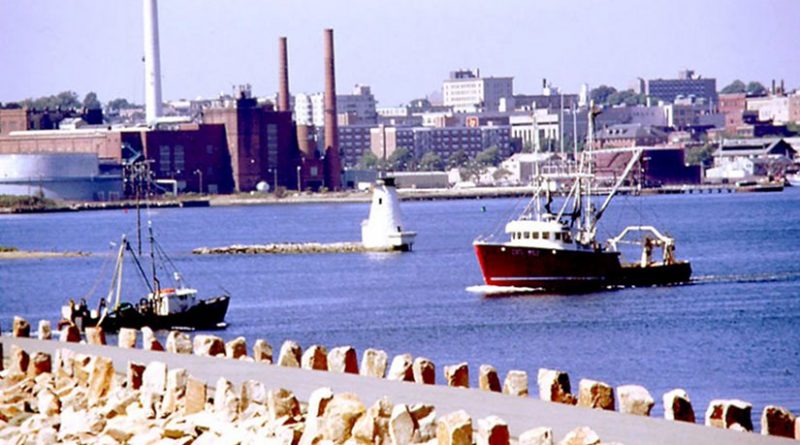 Sediment contaminated with polychlorinated biphenyl, or PCBs, from the bottom of the New Bedford Harbor is the No. 1 source of airborne PCBs in the neighborhoods surrounding the port, according to new research by the University of Iowa and Boston University School of Public Health.

In fact, airborne PCB emissions from the harbor are so high that researchers say it is the single largest continuous source of airborne PCBs ever measured from natural waters in the U.S. and Canada.

The East Coast harbor is one of the largest PCB Superfund sites in the nation, currently undergoing clean-up. The U.S. Environmental Protection Agency has monitored airborne PCB levels near the harbor since 1999, the levels measured in this study are consistent with levels measured by EPA, however this is the first time that researchers have focused on the harbor as a unique source of airborne PCBs.

“Our study shows that people in the neighborhoods around the harbor are being exposed to airborne PCBs and that those PCBs are coming from the harbor, not from a variety of sources,” said Keri Hornbuckle, professor of civil and environmental engineering at IIHR-Hydroscience & Engineering at the University of Iowa, and core leader of the Iowa Superfund Research Program.

Residents have been concerned with air quality since dredging to clean the port started in 1994. Industry in the area used PCBs to produce electric devices from 1940 until the late 1970s, when the EPA banned the manufacture of PCBs due to health concerns.

“As our knowledge grew about the high levels of PCBs in the sediments and water, we began to question the air from this site,” explained Karen Vilandry, President of the community-based organization, Hands Across the River Coalition.

“The community requested this study and they played an integral role in its completion,” said Wendy Heiger-Bernays, associate professor at the Boston University School of Public Health and co-author of the study, which was published in Environmental Science & Technology Letters.

Researchers used calculated emissions and atmospheric dispersion modeling to confirm New Bedford Harbor as the source of airborne PCBs. PCBs are released from the sludge at the bottom of the port and escape into the water and air.

Researchers worked with residents affiliated with Hands Across the River Coalition to select air sampling locations at 18 sites in New Bedford, Fairhaven, Dartmouth, and Acushnet. Air samples were taken during three consecutive periods from July to November, 2015. The highest readings for airborne PCBs were from air sampling locations closest to the harbor.

“In terms of remediation, it is important to understand that the harbor is the largest contributor to local levels of airborne PCBs,” said Hornbuckle.

PCBs can cause a variety of adverse health effects, including an increased risk for cancer in humans. However, researchers are quick to add that the effects of long-term inhalation of airborne PCBs are still uncertain.

“There is much more work to be done,” said Andres Martinez, lead author and research engineer at IIHR–Hydroscience & Engineering at the University of Iowa. “For example, some members of the community believe that the local mud flats are also a source of PCBs. We haven’t looked at that yet.”

Researchers are hopeful that residents will continue to help them prioritize next steps.

Community engagement in the study was assisted by Alternatives for Community & the Environment (ACE) and Toxics Action Center.

“Every time we went to collect the monitors from residents’ homes, we were faced with the same question: ‘Should I be worried?’ said Claire Miller of Toxics Action Center, “exposure is a 24/7 reality for folks living near the harbor, and this study is an important step forward.”