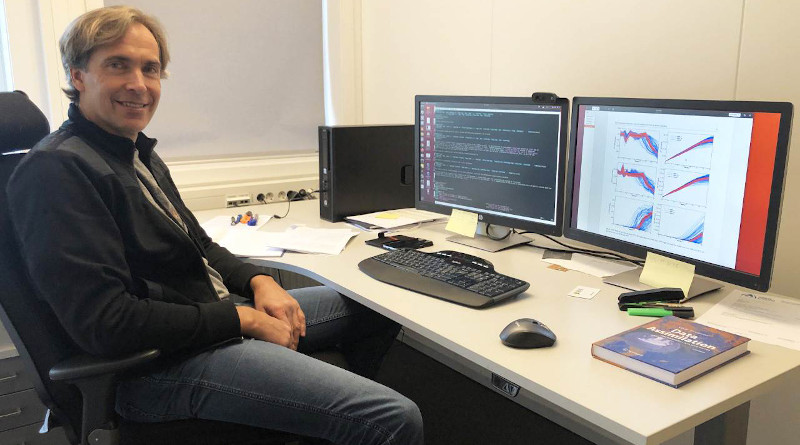 Advanced reservoir characterization methods have contributed significantly to increased oil production, and researchers at NORCE are the primary developers of these methods.

The methods are based on the Ensemble Kalman Filter (EnKF) and make it possible to merge information from reservoir models with large amounts of observed data. EnKF couples observations from the reservoir with reservoir models to create the best possible description of the oil reservoir.

The improved reservoir description enables the oil companies to make better decisions based on up-to-date and more accurate information, e.g., when planning and drilling new wells.

NORCE researcher, Geir Evensen, originally developed EnKF for use in ocean and weather forecasting, and most large weather forecasting centers now use EnKF-based methods in their operational systems. NORCE initiated the use of EnKF in petroleum applications, where it has proven to work very well in combination with reservoir modeling and simulation. Several oil companies, including Equinor, are now using EnKF technology in their recommended workflow.

Reservoir characterization, including the use of EnKF technology, is estimated to account for over half of the technology area’s realized reserve increase of 540 million barrels of oil equivalents.