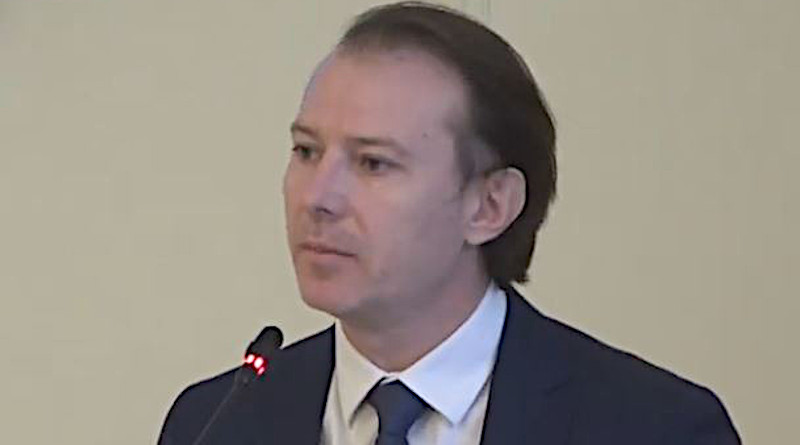 Florin Citu renounced his candidacy just before parliament was about to vote on it – insisting that the current acting PM needed to stay at the helm to handle the ongoing coronavirus crisis.

Romania’s prime minister-designate, Florin Citu shocked the nation on Thursday by renouncing his candidacy only minutes before he was due to seek the support of parliament to be voted in office.

The parliamentary leader of Citu’s National Liberal Party, Florin Roman, offered some details to journalists, however, citing the coronavirus crisis as the reason for the prime minister-designate’s decision to step back.

“When there is a war, the commander never leaves the frontline,” Roman said, praising the “fantastic working capacity” of the current acting prime minister and National Party Leader Ludovic Orban, and calling him the right person to deal with the epidemic.

Roman said Citu had decided to retreat after holding consultations with his colleagues. “His decision means that Ludovic Orban, the person who has managed [the crisis] from the beginning, has the obligation to rally the entire political class, public opinion and society… so we prevent all the noxious effects of coronavirus,” he added.

Roman did not answer questions about the exact timing of this last-minute move; Citu had gone through the whole process required to face parliament after President Klaus Iohannis nominated him as prime minister-designate on February 26 – when the first case of coronavirus was diagnosed in the country.

Parliament was widely expected to reject Citu’s nomination as prime minister, so advancing President Iohannis’ goal of triggering early elections; the National Liberal Party does not have a majority in the two chambers and Citu is particularly unpopular among the opposition ranks.

In a Facebook post, after his decision was aired, Citu said Iohannis had nominated him in a context in which most parties agreed on early elections. “This is no longer the case today,” he wrote, adding that, as party leader, Orban should be also the prime minister.

Some observers maintain that Citu dropped his candidacy after some opposition leaders and MPs hinted at possibly voting him into office, citing the emergency provoked by the coronavirus.

According to this thesis, the National Liberal Party wanted to avoid such an uncharismatic person as Citu becoming prime minister ahead of legislative elections that should be held before the current parliamentary term ends in early December.

Dan Barna, from the centrist USR PLUS alliance, likewise called Citu’s move “a petty and ridiculous political game” that ignores the real needs of Romanians in this moment of crisis.

More surprisingly, Social Democrat boss and opposition leader Marcel Ciolacu referred to Citu’s retreat in milder terms as “the best thing that could happen to Romania”. He promised to do everything to expedite the installation of a new government to deal with the coronavirus. Romania has diagnosed 48 cases so far.