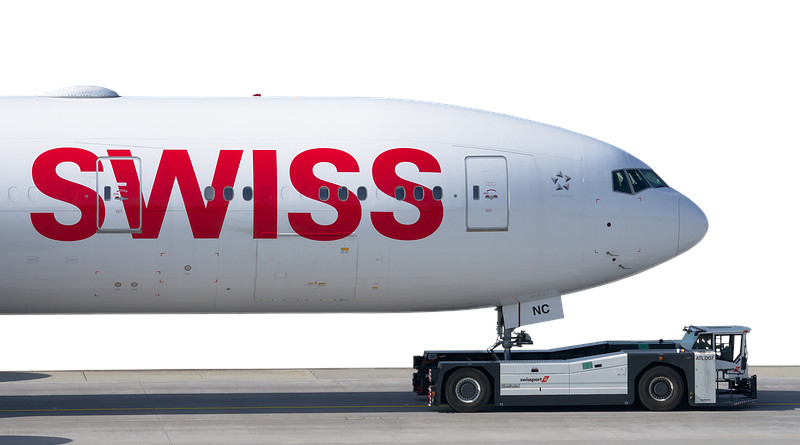 A United States ban on travellers from Europe has been condemned as “incomprehensible” by leading Swiss manufacturing association, Swissmem. The Swiss-American Chamber of Commerce has also weighed in, saying firms would seriously suffer if borders remain closed for longer than a month.

The US is Switzerland’s second-largest trade partner, behind the European Union. Last year, some CHF41.4 billion ($44.2 billion) worth of Swiss goods was exported across the Atlantic.

“The entry ban is an incomprehensible and negative sign, which further burdens the already strained business climate and massively increases uncertainty,” Swissmem, the umbrella body for mechanical and electrical engineering and machine-making firms, told swissinfo.ch in an emailed statement.

Companies transport many machine parts by air, along with specialist technicians and engineers who are needed to assemble them, the association added. “The bigger and longer the disruption in air freight capacities, the more serious the consequences will be for Swiss industrial companies.”

Swiss International Air Lines was forced to limit US flights to just two destinations – Chicago and Newark. The airline has already suspended all flights to Italy plus Stuttgart, Nuremberg, Bordeaux, Beijing, Shanghai and Tel Aviv.

A reduction in air services could prove disastrous for the global freight logistics system, Swissmem warned. Many industrial goods are carried on passenger flights. Furthermore, moving goods around the world relies on a logistics chain of interlinking countries. Knocking one link out of that chain could bring down entire regional supply lines.

‘Kick in the shins’

The Swiss-American Chamber of Commerce (AmCham) believes Swiss companies can absorb the 30-day US travel ban. CEO Martin Naville points out that Swiss-operated factories and other facilities in the US can still carry out production. By the end of 2018, Swiss firms had invested CHF286 billion into the US – by far the largest market for direct investments.

But he echoed Swissmem’s view that a longer travel freeze would seriously damage logistics chains and prevent essential engineers from installing and maintaining machinery.

“If the travel ban lasts a month, it will be like a kick in the shins for Swiss companies. It would hurt but not leave lasting damage. A ban of several months would be a body blow. But it’s too early to estimate the potential damage with any degree of accuracy,” Naville told swissinfo.ch.

“Many companies have already self-imposed travel banks for a couple of weeks. They can be creative in finding solutions in the short-term,” he added.

But both AmCham and Swissmem are nervous about the possibility of other countries imposing similar bans, particularly China. Saudi Arabia has followed the lead of the US travel ban with Israel and Serbia having already closed their borders to Swiss travellers.

The Swiss tourism industry perhaps has most to lose from the US travel ban. Tour operators, such as Hotelplan and DER Touristik (which includes Kuoni) are already adding up the numbers of cancelled bookings. A spokesman for DER Touristik estimates that a low single-digit thousand number of holidaymakers will be affected.

Naville believes the US travel ban also sends a negative signal to American tourists. “Americans will not want to come to the contagious Schengen area,” he said. “That will not last for just a month. Americans are not going to fly to Europe for their summer vacations. That will have a negative impact on airlines, hotels, restaurants and travel agencies.”

The International Air Transport Association (IATA) has warned about the economic consequences to the airline industry of the travel bans imposed by the US and other countries.

While recognizing the importance of public health, IATA warned governments to brace for the economic fallout of such moves.

Earlier this month, IATA estimated that the crisis could wipe out some $113 billion of revenue for the industry. The US-Schengen market was worth $20.6 billion last year, which must now be taken into consideration when adding up potential losses.

In 2019, there was a total of around 200,000 flights scheduled between the United States and the Schengen Area, transporting around 46 million passengers.