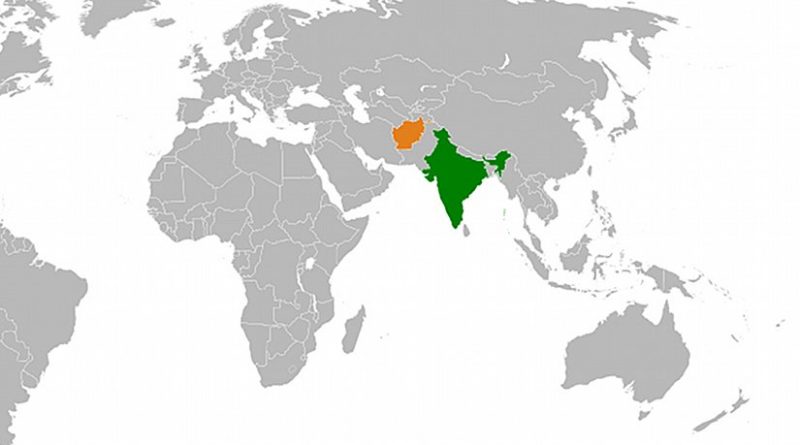 Prime Minister Manmohan Singh’s rather unexpected visit to Kabul comes at a critical time for Afghanistan and the region. He is the first Head of Government to visit Afghanistan after Osama bin Laden’s killing. There are speculations that Osama’s killing may hasten American troop withdrawal from Afghanistan, which is scheduled to start from July 2011.

Unlike in Pakistan, Osama’s killing has been welcomed in Afghanistan. President Hamid Karzai described the killing of Osama as “punishment for his deeds” and, without directly mentioning Pakistan, he reiterated that “the fight against terrorism is not in Afghanistan’s villages” or “in the houses of poor and oppressed Afghans,” but rather it “is in its sanctuaries, in its training camps and its finance centres.” However, other Afghan leaders were more explicit in their criticism of Pakistan’s role in hiding Osama for almost a decade. Rangin Dadfar Spanta, the national security advisor, talked about the need “to change the geography of the war” by destroying the sanctuaries in Pakistan. Gen. Zahir Azimi, the spokesman for the defence ministry, questioned the ability of Pakistan’s intelligence to protect its ‘strategic weapons’ if they had no clue of Osama staying so close to their military academy in Abbottabad. Similarly, Amrullah Saleh, former intelligence chief, asked the US to “wake up to the fact that Pakistan is a hostile state exporting terror.” Abdullah Abdullah and Hanif Atmar, former ministers in the Karzai government, were of the view that Osama’s killing fully vindicated what Afghans had been pointing to for the last ten years.

The security situation in Afghanistan is worsening. The downslide is expected to continue as summer sets in and the fighting season starts. The growing reach and influence of the Taliban in the once relatively calmer areas of the country, especially in and around Kabul and the northern provinces, have eroded Karzai’s authority and are posing new challenges for Western forces.

For the moment there is not much scope for a regional initiative in Afghanistan, although India remains in favour of it. Pakistan, on the contrary, is looking to enhance its influence in Afghanistan as the Western troop withdrawal begins. In April, Prime Minister Yousaf Raza Gilani and Army Chief General Pervez Ashfaq Kayani visited Kabul for discussions with President Karzai and his government. The two sides agreed to establish a two-tier joint commission to cooperate with each other on reconciliation-related issues. It is reported that the first tier will comprise of the chief executives, foreign ministers and the military and intelligence chiefs of the two countries; while the second tier will include senior officials from the foreign ministry, military and intelligence services. This will give Pakistan an entry into Afghanistan’s security circles.

The current strains in US-Pakistan relations following Osama’s killing may have raised doubts in the US mind about Pakistan’s true intentions. Nevertheless, for the US, of paramount importance is the defeat of Al Qaeda and the safe withdrawal of its troops while maintaining stability in Afghanistan.

Sensing the impending change of great magnitude in Afghanistan, India is stepping up its engagement with Afghanistan. In January 2011, External Affairs Minister S.M. Krishna had visited Kabul, during which several MoUs of cooperation were signed. He also got a briefing on the reconciliation and reintegration processes when he met Burhanuddin Rabbani, the Chairman of the High Peace Council.

Prime Minister Manmohan Singh’s visit to Kabul is meant to reassure President Karzai of India’s sustained support. However, the underlying message of the visit is to convey to Pakistan, the US and the others that India has strategic interests in Afghanistan. Prime Minister Singh will buttress this message by assuring sustained engagement and further enhancement of Indian aid to Afghanistan. India has taken a bold step to enhance its relevance in Afghanistan.

Originally published by Institute for Defence Studies and Analyses (www.idsa.in) at http://www.idsa.in/idsacomments/IndiamuststayrelevantinAfghanistan_agupta_120511