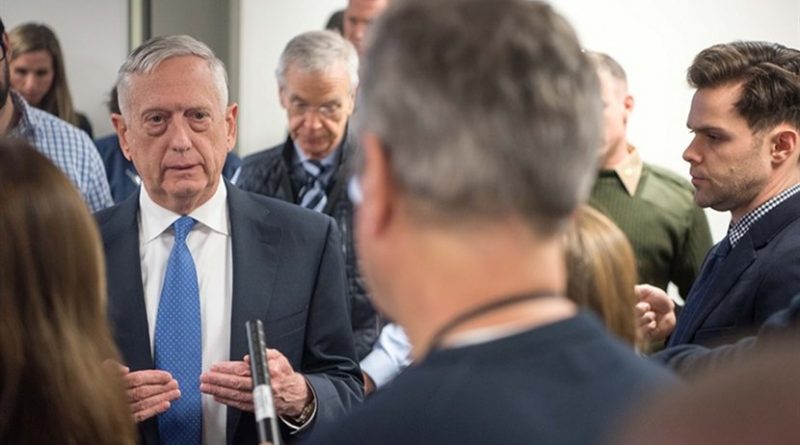 Kang reviewed the Panmunjom Declaration and the efforts to improve relations between North and South Korea while achieving the common goal of denuclearization, White said in the statement.

Mattis and Kang shared hope that the upcoming U.S.-North Korea talks scheduled for June 12 would provide a historic opportunity to reach a diplomatic resolution that achieves complete, verifiable and irreversible denuclearization of North Korea, White said.