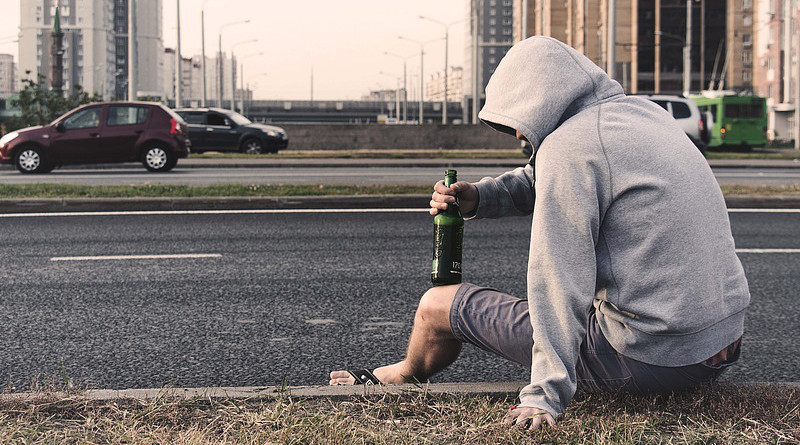 While most Muscovites resent being confined to their homes because of the coronavirus epidemic, that plague has increased the number of those who do not have that opportunity: the homeless who number in the tens of thousands and remain on the streets because they can’t afford housing and the authorities lack the facilities to incarcerate them.

A large but unknown percentage of them are gastarbeiters who have lost their jobs as the economy has stopped but either lack the funds to return home, are blocked from doing do because their homelands have closed the borders, or do not believe they would be any better off and might be worse off if they left Moscow and returned  home.

The pandemic has dramatically increased their numbers and made the homeless more visible, sparking fears among Muscovites that they are the harbinger of a return to the 1990s, overwhelming the capacity of charitable institutions to help, and, because officials won’t test them, becoming a hotspot for coronavirus infections.

As a result, they are attracting more attention from the media if as yet not much additional help from the government. Today, for example, Moskovsky komsomolets featured two articles on the city’s homeless, one on their origins (mk.ru/moscow/2020/05/09/vyyasnilos-otkuda-na-ulicakh-moskvy-poyavilos-stolko-bezdomnykh.html) and a second on why the only hope for most is the reopening of the economy (mk.ru/moscow/2020/05/09/moskvu-zapolonili-desyatki-tysyach-bezdomnykh-khronika-napadeniy-nastorazhivaet.html).

The first reports that Moscow Mayor Sergey Sobyanin has played to the fears of many Muscovites by promising to increase police attention to gastarbeiters and especially those who have no fixed place of address, the Russian definition of the homeless even though crime has not increased at the same rate as their numbers.

“In reality,” Aleksandr Shibalina of the Orthodox Church’s Mercy organization, “the number of homeless and unemployed after the declaration of the quarantine have increased.” Many are immigrants who came to work on construction projects, and those have stopped. “They now remain without any means for existence.”

She and others say that immigrant homeless are for many the face of this group, but there are many people now homeless for the same reasons: there is no work and thus no money coming in; and experts say that the number of the homeless will grow the longer the self-isolation regime and economic restrictions remain in place.

According to Yemelyan Sosinsky, head of a network of 17 shelters for the homeless in the capital, many Russians fear that homelessness points to the return of the hard times of the 1990s and they want the homeless to be taken off the streets. But the authorities aren’t doing so because the homeless don’t have the funds to pay fines making any arrest costly.

In many cases, the homeless would welcome incarceration. At least in jail, Sosinsky says, they would be fed in warm places.  He is especially worried that the homeless with their underlying health problems and lack of decent food and shelter will become a major source of new coronavirus infections.

They aren’t being counted, however, because the most the authorities will do with the sick in homeless shelters is ask whether residents have recently been in foreign countries. The police don’t have the capacity to test them, and often ambulances when called are reluctant to come to shelters.

Sosinsky says that his organization can house and feed homeless for 6,000 rubles (90 US dollars) each a month, an amount far less than policing them on the streets costs. But up to now, the regime has shown no interest in providing even that kind of minimal funding.  As a result, the problem already severe will only get worse.