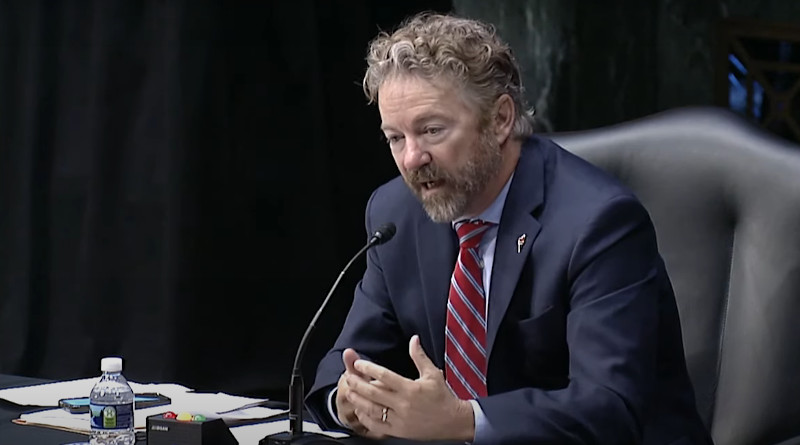 Republican Senator Rand Paul has challenged National Institutes of Allergy and Infectious Diseases director Dr Anthony Fauci on the nation’s Covid-19 policy, suggesting the US is waiting too long to reopen.

Paul, who also has a medical degree, called for “a little bit of humility in our belief that we know what’s best for our economy,” questioning Fauci’s support for a prolonged economic shutdown during a Senate hearing on the government’s coronavirus response on Tuesday.

“I hope that people who are predicting doom and gloom and saying oh we can’t do this there’s going to be a surge will admit they’re wrong if there isn’t a surge,” the senator continued, calling for the Trump administration to listen to experts who disagreed with the “doom and gloom” predictions of Fauci and his ilk.

“In rural states, we never really reached any sort of pandemic levels in Kentucky and other states,” Paul pointed out, even as he acknowledged that “New England” had been hit hard by the virus. “We have less deaths in Kentucky than we have in an average flu season.”

“We don’t know everything about this virus,” Fauci countered, challenging that children in some parts of the country were turning up with “a very strange inflammatory syndrome” similar to Kawasaki syndrome.

“You’re right in the numbers that children do much much better….but I am very careful, and hopefully humble, in knowing that I don’t know everything about this disease, and that’s why I’m very reserved in making broad predictions,” Fauci continued.

Paul added that continuing the lockdown would widen the class divide, explaining that if children are kept out of school for months on end, then “the poor and underprivileged kids who don’t have a parent that’s able to teach them at home aren’t going to be able to learn for a full year.”

He also said that the catastrophic narrative painting Covid-19 as a killer necessitating mass shutdowns had gotten started with “wrong prediction after wrong prediction,” starting with the British scientist Neil Ferguson’s apocalyptic forecasts – even as the British scientist had been meeting secretly with his mistress in violation of the lockdown he’d been championing.

Fauci’s supporters took to social media to slam his opponent, noting that Paul had gone to the Senate gym while infected with the coronavirus and perhaps infected others. They also cited high numbers of Covid-19 cases in Paul’s home county of Warren County, Kentucky.

Meanwhile, the senator’s backers took the exact same exchange as proof that Paul had “destroyed” Fauci.

Federal ‘social distancing’ guidelines were lifted at the end of April, but hotspots like New York and California have extended their economic shutdowns as lesser-hit states have begun to relax restrictions.