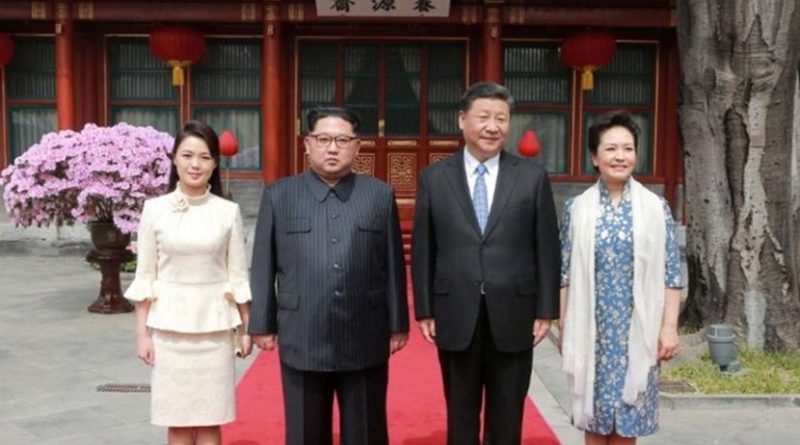 A flurry of developments in the past few months in and around the Korean peninsula has led to expectations that North Korea might give up its nuclear programme in lieu of some kind of security guarantee and economic benefits. North Korean leader Kim Jong-un has apparently taken a calculated risk to hold summit meets first with South Korea and then with the US leaders. South Korea under the President Moon Jae-in has utilised this opportunity judiciously to pursue peace on the Korean peninsula which has been marred by high decibel name callings and provocative actions and reactions between North Korea and the US. In 2018, North Korea has had two summit meets with South Korea – on 27 April and 26 May – and both the Koreas have announced their intent to formally end the Korean War along with making the peninsula nuclear free. In the same vein, North Korean leader Kim Jong-un and the US President Donald Trump are scheduled to meet in Singapore on 12 June 2018.

It is interesting to note that China has not been an active player in these turns of events and it might be expected that China would not be very pleased with the situation that several strategic shifts have been taking place in its neighbourhood without Beijing being the primary player. For the same reasons, it has been said that China is sidelined or left out from the process. However, the reality seems to be quite the opposite.

In fact, North Korea and China drifted away from each other during the reigns of Chinese President Xi Jinping and North Korean leader Kim Jong-un and both leaders had no direct meeting after they came to power in 2013 and 2011 respectively. Furthermore, there are reliable reports that China cooperated with the international community in an unprecedented way to impose economic sanctions on North Korea in 2017. When North Korea decided to participate in the Winter Olympics held in South Korea and met South Korea’s special envoys and conveyed its willingness to denuclearise, reportedly, until then, Pyongyang and Beijing had not had sufficient consultations with each other.

However, when Kim Jong-un realised that he has been facing an engaging Moon Jae-in in South Korea and a tough Donald Trump in the US, he made a significant course correction. Before making his historic visit to the southern part of the demilitarized zone (DMZ) and the summit meet with Moon Jae-in on 27 April 2018, he hurriedly held an unofficial meeting with Xi Jinping in Beijing during his visit to China (25-28 March 2018). Furthermore, after his first summit meet with the South Korean leader, he visited China again, to meet Xi Jinping in Dalian (7-8 May 2018). Within a very brief period, China and North Korea have been trying to catch up with each other through several high-level visits between the countries, including the visit of China’s top envoy Wang Yi to Pyongyang.

Essentially, North Korea is aware that if it tries to deal with South Korea and the US independently, it would not have enough strategic depth to manoeuvre the course and thus, it was considered important to bring China back into the process.

China-North Korea rapprochement could be seen on the ground as well. China has announced that it would restore Beijing-Pyongyang Air China flights that had been suspended in November 2017 in the context of UN Security Council Resolutions. Moreover, China has also blocked most of the online search results insulting Kim Jong-un, and Chinese expressions such as jin-san-pang (Kim Fatty the Third) have completely disappeared from Chinese websites such as Baidu and Weibo in the recent weeks. There have been more positive news and stories about North Korea in China’s official media such as People’s Daily.

Thus, although China’s role does not appear significant in the recent summits on the surface, it will be of utmost importance in the process. North Korea through its clever move has been able to restore its contacts with China, which is important in an event of both success or failure of North Korea’s upcoming summit meet with the US. More importantly, if the US does not provide enough takeaways to Pyongyang in the Kim-Trump summit, Kim Jong-un may walk out of the process and could have China to bank on.

South Korea and the US too are aware that any plan to engage or pressure North Korea would not succeed without China’s cooperation and thus both countries have approved the North Korea-China rapprochement. However, Washington and Seoul would like China to be on their side in dealing with North Korea. South Korea and the US may agree to provide security guarantees to the North Korean regime or conclude a peace treaty to end the Korean War but they would like to have more credible progress in North Korea’s denuclearisation process in the complete, verifiable, irreversible disarmament (CVID) framework.

From China’s perspective, if North Korea is able to achieve a downscaling of the US-South Korea alliance or the withdrawal of US troops from the Korean peninsula in exchange for its denuclearisation pledge, it would be a significant gain for Beijing as well. This is also why China’s influence will loom large in the future course of North Korea’s denuclearisation even though Beijing appears to be in the background.