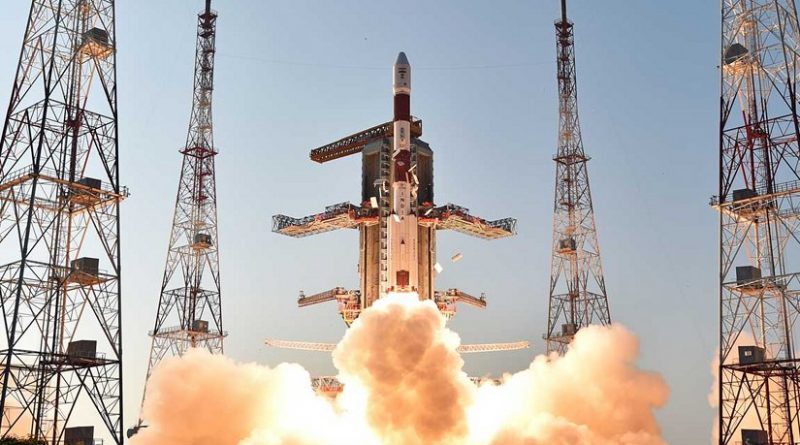 Reports of a tabletop war game speak to India’s ongoing efforts to develop its space policy.

The Indian government appears to be getting ready to conduct a table-top war game called “IndSpaceEx” involving all stakeholders including the military and the scientific establishment. The reports of such a development, which come against the backdrop of other key developments pertaining to outer space including the demonstration of India’s anti-satellite (ASAT) capability and the establishment of the new tri-service Defence Space Agency (DSA), bear careful watching within the broader perspective of India’s space policy.

For India, space is a domain that has remained relatively peaceful for close to three decades, but is now changing because the nature of politics and competition in outer space is much more contested today. Terrestrial politics is casting a long and heavy shadow on outer space, and India could not have ignored these developments, of which China is just a part.

Along with the growing relevance of space to national security and conventional military operations, counter-space capabilities are also being developed in an effort to deny an adversary advantages by the use of space assets. The growth of counter-space capabilities including kinetic physical, non-kinetic physical, electronic, and cyber means has sparked a fresh competition in outer space.

The increasingly contested nature of space has been an impetus to India’s changing approach to outer space, moving from a purely civilian and peaceful approach to one where certain military characteristics are evident, conditioned by changing security realities. Militaries around the world have been emphasising network centricity which in turn brings out the salience of space for Command, Control, Communications, Computers, Intelligence, Surveillance and Reconnaissance” (C4ISR), and as they have become more networked, they are also opening themselves up to more and more vulnerabilities, while anti-satellite (ASAT) weapons have also added to the prospects for destabilising scenarios in outer space.

India’s ASAT demonstration earlier this year was important in validating its deterrence capability. Meanwhile, the establishment of the new tri-service Defence Space Agency (DSA), based in Bangalore, is an important institutional initiative that combines two key functions performed by the Defence Imagery Processing and Analysis Centre (DIPAC) in Delhi and the Defence Satellite Control Centre in Bhopal, representing the growing integration of India’s space capabilities.

Reports of the new war game IndSpaceEx should be read as part of these wider developments. One of the reported goals of the IndSpaceEx, to be held towards the end of July under the Integrated Defence Staff of the Ministry of Defence, is to gain a better understanding of the current and emerging challenges in the space security domain.

Another reason the war game is also being undertaken to have a better appreciation of the capabilities that India must develop in order to protect its assets and secure its national interests. India has been growing mindful of the growing number of threats in outer space, both natural and man-made ones. While the global space competition between the key spacefaring powers is a well-known reality, New Delhi has worries about the counter-space capabilities in China’s inventory.

Such war games are not uncommon. Indeed, think-tanks and governments in all the major spacefaring countries have conducted table-top and simulation exercises to understand space security crisis dynamics, major vulnerabilities and capability gaps during conflict. These could then feed into policy making. For instance, among the think-tank community in the outer space domain, the Secure World Foundation and the Centre for Strategic and International Studies (both based in the United States) as well as the Observer Research Foundation have engaged in several such exercises.

These exercises were done to understand crisis dynamics including decision-making processes, the attainment of national objectives, the changing nature of warfare, and the influence and impact of emerging technologies. Even when these exercises were played with a space security focus, the results have been revealing. For instance, the ORF simulation exercise (SIMEX) conducted over three years has seen remarkable conclusions. Still, states have resisted carrying out attacks on outer space assets due to the fear of escalation.

The Indian government’s proposed war gaming exercise appears to have a slightly narrower agenda in terms of understanding the vulnerabilities and the gaps in India’s space security and identifying areas for India to develop and strengthen in terms of technological capabilities in order to establish effective deterrence capabilities. China has been the single most important factor shaping India’s approach to space. The growing sophistication of its military space programme, including the recent launch of a rocket from a ship, is significant.

Clearly, efforts like the IndSpaceEx are important to determine the degree of the space security challenges India faces and to develop appropriate measures for effective deterrence. But India must step up its efforts to develop global rules and norms about such challenges and threats. While India must continue working towards all-encompassing legally-binding instruments such as the Prevention of Arms Race in Outer Space (PAROS), the rising spectre of threats means that more pragmatic and feasible measures should also be attempted because these could see more broad-based support among states. Having demonstrated its ASAT capability, India is in an ideal place to demonstrate its global governance credentials.

This commentary originally appeared in The Diplomat.