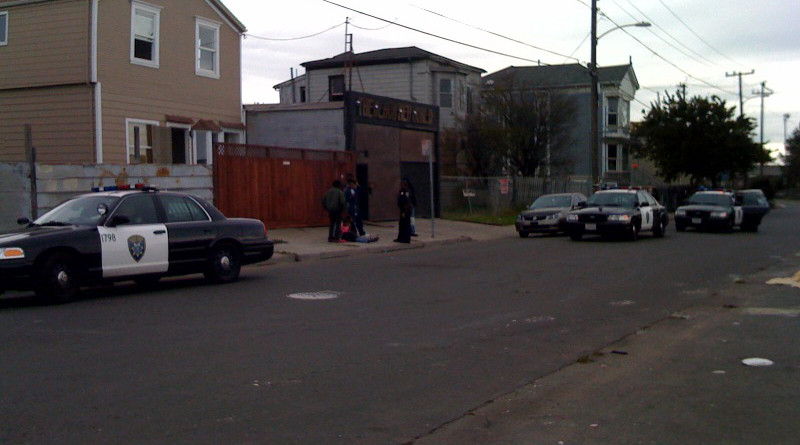 It was the birthplace of the Black Panthers movement in the 1960s. The scene of waves of protests after the death of a black man on a train platform in 2009. It is also where the term “Black Lives Matter” was coined in 2013.

With 400,000 residents, the city of Oakland has long been a stage for conflict between its police force and parts of the community.

But the recent death of a black man in police custody nearly 2,000 miles away, in Minneapolis, Minnesota, has spurred residents to take a closer look at how policing is done in their city.

One of them is Tamara Lawrence, an African American woman who attended a recent march with her sister.

“This has been happening since, god, when my grandparents were alive,” she said. “And we’re still dealing with the same things.”

Lawrence, an administrative assistant, said she wants the whole criminal justice system to be revamped.

A citizen board with teeth

Change in the Oakland Police Department has been slow. For the past 17 years, a federal monitor has overseen efforts to reform the police as part of a police misconduct case settlement.

In February, in a joint decision with Oakland’s mayor, the commission fired the police chief.

The move got the attention of John Jones III, a community activist, who was incarcerated for eight years at the age 16 when he was the passenger in a car in a drive-by shooting where someone died. Some members of the police commission see him as a valued community spokesman.

The chief’s firing “takes the police commission out of the realm of being a tokenized body to being an entity with real teeth and real power,” Jones said.

He has watched the Oakland protests from a distance. He said he tries to avoid situations that might put him in conflict with police.

“It’s very triggering to not only see these images but to think of all the things I experienced,” he said. “ The time I was 12 years old slammed against a wall and called the ‘N word’ by a white cop. All the times I’ve had guns drawn on me.”

Jones said he has been heartened by another of the commission’s moves – its recommendation, adopted by the City Council, to limit when police can search parolees and probationers when they don’t have a warrant.

Regina Jackson, chairperson of the police commission, said some of the changes the body has supported are about changing culture.

For example, now when an officer pulls over a car, instead of first asking if the driver is on parole or probation – which can put a person on the defensive – Oakland police are supposed to ask something neutral such as “How are you?”

“It humanizes the initial engagement,” she said. “You know, ‘I see you.’”

As in other cities, some protesters are calling for the Oakland police to be defunded.

But violent crime is an issue in the city, where 10 people were killed last week.

Bruce Donelan, a veteran of the police force and the president of the Oakland Police Officers Association, said change has to happen but so does policing.

“I would be very careful in going down a road where we abandon the victims of violent crime in this city in order to try and fix things that you do need to be fixed,” he said. “But we can’t abandon one group in favor of another.”

Dan Kalb, a city council member, is trying to expand the commission’s powers. But he said he would need to understand the details of what it means to defund the police.

If cutting police funding led to police being unable to investigate serious and violent crimes, “the answer is no, I’m not going to do that,” he said.

Jackson, of the police commission, said the goal is to keep the spotlight on policing policies.

“Oakland’s not special,” she said. “We have had, you know, quite a few of our own horrendous impacts. And the issue becomes do we really learn from them? What do we change because of them?”

I have long enjoyed reading Matthew Klein’s columns in the Financial Times and elsewhere. They are invariably insightful and I have learned

Time For A Composed, Rational Approach To UK-EU Talks – OpEd

40% Of O’ahu, Hawaii Beaches Could Be Lost By Mid-Century