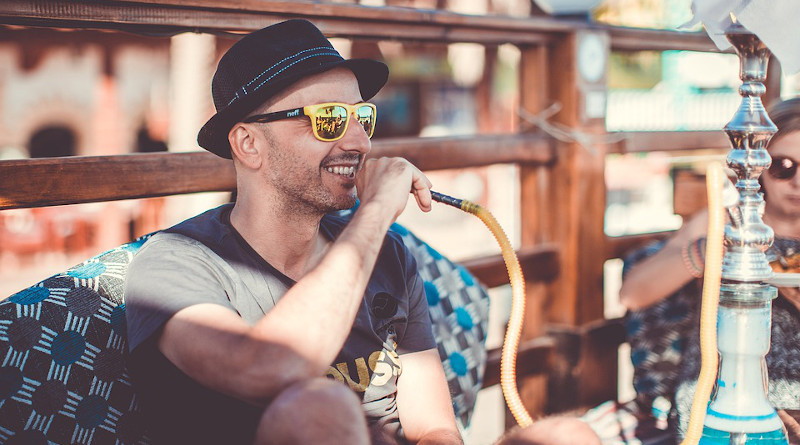 The age-old, convivial practice of sharing the shisha, or the waterpipe, during an evening of conversation and laughter has long been an integral part of many cultures, including in the Middle East. But now it is facing its biggest test of survival in living memory.

The World Health Organization (WHO) says using shisha involves the sharing of mouth pieces and hoses, which could facilitate the transmission of the coronavirus in social settings. The Middle East, with its thousands of shisha cafes, is particularly vulnerable.

As the pandemic gripped the world, many countries in the region — including Saudi Arabia, the UAE and Kuwait — imposed bans on shisha use. But this practice was drawing flak even before the COVID-19 era, with health experts warning that it was even more harmful than cigarette smoking.

According to the WHO advisory on shisha, “one hour of shisha use is equal to smoking approximately 100 cigarettes. It can be less or more, depending on the many factors.”

A review of studies by public-health experts convened by WHO on April 29 found that compared with non-smokers, smokers overall are more likely to develop severe COVID-19 symptoms. It also found that smoking impairs lung function, making it harder for the body to fight off coronaviruses and other respiratory diseases.

It increases the risk of lung and oral cancers, heart diseases and other circulatory diseases. “Shisha use by pregnant women can result in low birth-weight babies,” Dr. Youssef told Arab News. “Shisha pipes, if not cleaned properly, may lead to serious infectious diseases.”

“In shishas, only the nozzle is replaced after every use,” said Dr. Rami Sukhon, a specialist in family medicine at Dubai’s Al Zahra Hospital. “When smoking the shisha, there is a risk of the particles of saliva travelling through the nozzle down to the shisha base, which is not sterilized after a smoker is done with it,” he said.

“Further, shisha cafes are usually closed spaces, especially in summer, where several people exhale large volumes of smoke through their mouths and nose into the same air – this also poses the risk of spreading the virus through droplets released into the air.”

However, more research is required to assess the exact level of risk, Dr. Sukhon said.

On the matter of e-shishas, electronic water pens which operate in the same manner as an e-cigarette, experts say these are just as harmful.

The WHO has strongly recommended their ban in public places. However, the spread of the virus through the e-shisha has a different context.

“In e-shishas, if the shisha pen is not shared between people and is not smoked within a closed room with other people, the risk of spreading the virus can be considered as being lower,” Dr. Sukhon told Arab News. “Also, the volume of smoke from a shisha pen is less than from an actual shisha.”

E-products’ emissions typically contain nicotine and other toxic substances that are harmful to both users and non-users, who are exposed to the aerosols second-hand, say health experts. Evidence reveals that these products are particularly risky when used by children and adolescents.

“Nicotine is highly addictive and young people’s brains develop up to their mid-twenties,” said the WHO.

“Exposure to nicotine (in) children and adolescents can have long-lasting, damaging effects on brain development and there is risk of nicotine addiction. Furthermore, there is a growing body of evidence in some [cases] that minors who use (are first-time users of) e-nicotine products increase their chances of (switching to) traditional tobacco cigarettes later in life.”

Tobacco kills more than 8 million people globally every year. More than seven million of these deaths are from direct tobacco use and around 1.2 million due to non-smokers being exposed to second-hand smoke.

Does this mean the shisha is in danger of becoming a thing of the past? Dr. Sukhon believes that before countries decide on reopening shisha cafes, they need to thoroughly evaluate the risks involved.

The WHO says it is up to countries to decide on the return of the shisha cafes, adding that if countries have been successful in banning it during the pandemic, they could ban them beyond COVID-19 as well.

Known by different names — huqqa, sisah or shisha, qalyan, arjilah, nargil — depending on the region, the shisha has a long and illustrious history.

The shisha is said to have its origins in India back in the 16th century. There may be references to the shisha being used in Persia before then, but scholars point to the lack of evidence of the use of the water pipe until the 1560s. Some hold that the word nargil, as the shisha was called in Persia, derives from the Sanskrit word narikela, meaning coconut, suggesting that early shisha bowls were crafted from coconut shells.

According to Fumari’s Hookah Blog, the origin of the word shisha dates back to 16th-century India when the British East India Company began exporting glass to India and India glass makers crafted hookah bowls. The device was invented to purify smoke through water in a glass base called a “shisha” (or glass).

During this period, smoking tobacco became popular in high society. Shisha then migrated to the Turkish culture and during the 18th century increased its footprint, spreading through the Middle East in the 19th century.

In Egypt, traditional forms of tobacco were reformulated into a mix called Mu’Assel (meaning with honey) by mixing honey or molasses with the tobacco. By the late 1900s, shisha had migrated to virtually every continent as immigrants brought along with them a custom to share with their new home country.