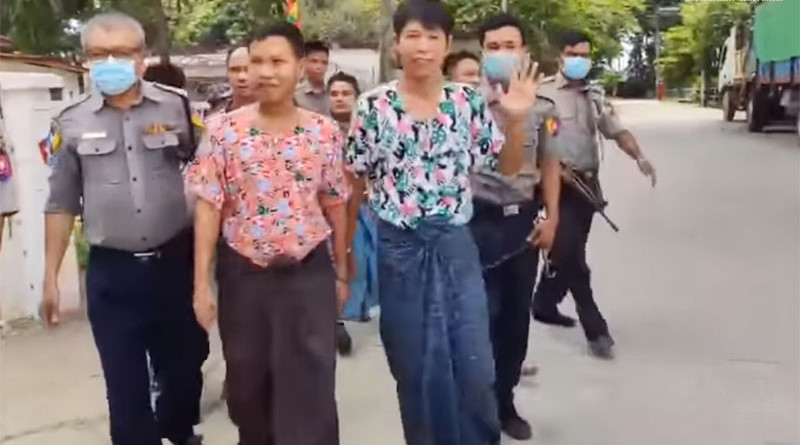 A total of six Arakan National Party (ANP) members in Taungup Township, Arakan State, have been arrested and charged under Myanmar’s Counter-Terrorism Law in recent weeks.

According to the ANP office in Taungup Township, the detained members are U Wai Thaung, township vice chair; U Pyone Cho, Sarpyin village chair and local party member U Than Naing; U Kyaw Tin Aung, joint secretary of the Chatphauk village ANP office and party member Maung Moe; and U Myo Lwin, chair of the Maei town party chapter.

ANP spokesperson Daw Aye Nu Sein said: “The arrest of, and actions taken against, those actively engaging in the political, social and regional development tasks amounts to distancing the party from the public. It may lead to the influence of fear.”

The six ANP members were taken from their homes by military and police personnel.

Their families do not know where they are being held.

Arakan State lawmaker U Tun Aung Thein from Buthidaung Township said: “Being a member of the party, I am concerned about the circumstances under which I might get arrested. Justice is required to avoid a similar situation. I would like to say that having no suspicion on our party members is important.”

In the 2015 general election, the ANP secured 22 state parliamentary seats and 32 seats between the union legislature’s upper and lower chambers.

According to a June 5 statement from the Assistance Association for Political Prisoners (AAPP), 13 people in Arakan State were charged under the Counter-Terrorism Law in May, and dozens more were arrested but not ultimately charged.