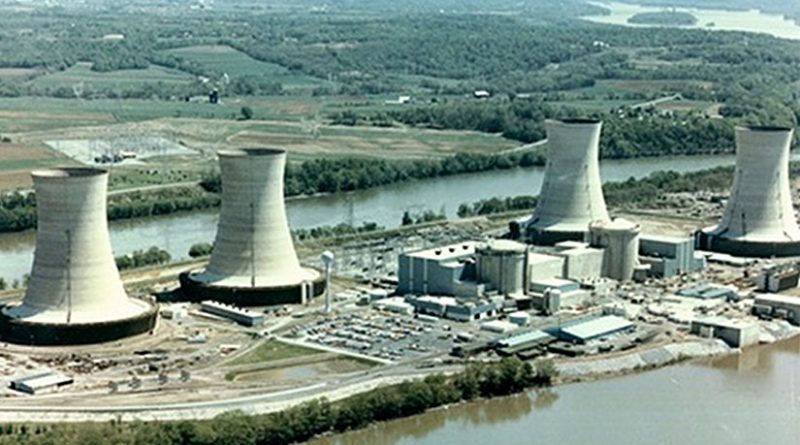 A large nationwide longitudinal study found no evidence of an increased risk of cancer in children born near nuclear power plants in Switzerland. The CANUPIS study was performed by the Institute of Social and Preventive Medicine (ISPM) at the University of Bern (Switzerland) in collaboration with the Swiss Childhood Can- cer Registry and the Swiss Paediatric Oncology Group.

Are there any risks to the health of people living close to nuclear power plants? This question has been debated for over 20 years. Cancer in children, who are more sensitive to radiation than adults, has been a particular concern. A case-control study from Germany published in December 2007 showed that the risk of leukaemia in small children living within 5 km of a nuclear power plant was more than double that of children living further away. These findings caused anxiety in the Swiss population and were the subject of a debate in parliament. As a result, the Federal Office of Public Health (FOPH) and the Swiss Cancer League asked the Institute of Social and Preventive Medicine (ISPM) at the University of Bern to perform a comparable study in Switzerland. The CANUPIS study (Childhood Cancer and Nuclear Power Plants in Switzerland, see www.canupis.ch) was conducted from September 2008 to December 2010. The results are pub- lished today in the «International Journal of Epidemiology».

In this study, the investigators compared the risk of leukaemia and other cancers in children born close to nuclear power plants with the risk in children born further away. The study included all children born in Switzerland since 1985: over 1.3 million children aged 0 to 15 years who were followed during the years 1985 to 2009 (over 21 million person-years of observation).

Switzerland was divided into four zones: zone I included the area 0 to 5 km from the nearest nu- clear power plant; zone II 5 to 10 km; zone III 10 to 15 km and zone IV the rest of the country be- yond 15 km. The risk of childhood cancer was calculated for each zone. The numbers of cancer cases in zones I-III were then compared to the numbers expected based on the risk in zone IV (the reference group).

In children below 5 years of age, who are particularly sensitive to the effects of radiation, there were 573 leukaemia diagnoses during the period 1985 to 2009. The risk in zone I was similar to the risk in zone IV: there were 8 cases compared to expected 6.8 cases (difference: +1.2 case). In zone II there were 12 cases compared to 20.3 expected cases (difference: -8.3 cases) and in zone III the numbers were 31 observed and 28.3 expected cases (difference: +2.7 cases). Expressed differently, the relative risk of leukaemia in children under 5 years of age in zone I was 1.20 com- pared to zone IV, the reference group of children living more than 15 km from the nearest nuclear power plant (relative risk 1.0). This corresponds to an increase in the risk by 20%. The relative risk of leukaemia for children born in zone II was 0.60, corresponding to a reduction in risk of 40%. In zone III there was a slight increase in the risk, by 10% (relative risk 1.10). A statistically significant increase or reduction in the risk of childhood cancer was not observed in any of the analyses.

“The risk of childhood cancer in the vicinity of Swiss nuclear power plants is similar to that ob- served in children living further afield,» says Matthias Egger, director of ISPM. He stresses that the slight deviations from the expected risk in the vicinity of nuclear power plants is most likely due to the play of chance. Owing to the small number of cases there is, however, substantial statistical uncertainty, according to Egger. For leukaemia in children below 5 years of age the relative risk of 1.20 is compatible with relative risks ranging from 0.60 to 2.41 («confidence interval» 0.60 to 2.41). «The results are statistically compatible both with a reduction in risk and an increase in risk ,” summarizes Matthias Egger.

There are five nuclear power plants in Switzerland (Beznau I and II, Mühleberg, Gösgen and Leib- stadt) which together produce about 40% of Switzerland’s electrical power. About 1% of the popu- lation lives within 5 km of a nuclear power plant and 10% live within 15 km. In addition to the nu- clear power plants there are four research reactors at the Universities of Lausanne and Basel, at the Paul Scherrer Institute (PSI) in Villigen, in Lucens (in operation 1968/69) and an intermediate storage facility in Würenlingen. The CANUPIS study is based on an analysis of the place of resi- dence of all Swiss children as recorded in the censuses 1990 and 2000 and included in the data of the Swiss National Cohort*. These geocoded data made it possible to precisely calculate the dis- tance from the domicile to the nearest nuclear power plant. The places of residence of the children with cancer were obtained from the Swiss Childhood Cancer Registry** and were geocoded in the context of the CANUPIS study.

One of the first studies considering place of residence at birth

“Studies of atomic bomb survivors in Hiroshima and Nagasaki have shown that children are much more sensitive to radiation than adults,” says Claudia Kuehni, Head of the Swiss Childhood Can- cer Registry. This is particularly true during intrauterine development and the first years of life. “For this reason we focused on the place of residence at birth,» says the epidemiologist from the University of Bern. “This focus and the fact that we could include all children in Switzerland in a longi- tudinal study is a unique feature of the CANUPIS approach.”

Results in line with monitoring of radioactivity

The radioactive emissions in the vicinity of Swiss nuclear power plants are regularly monitored and the data are published by the Division for Radiation Protection of the FOPH. The exposure due to emissions from nuclear power plants in the vicinity of these plants is below 0.01 mSv (millisieverts) per year. This corresponds to less than 1/500 of the average total radiation residents in Switzer- land are exposed to, mainly from radon gas, cosmic and terrestrial radiation and medical investigations and therapies. The CANUPIS investigators therefore argue that the results of the CANUPIS study are in line with the data from the monitoring of radioactivity by the FOPH.

Trigger Finger For Armageddon: Trump And The Thermonuclear Monarchy – OpEd

It is the sort of breezy, skimpy and careless reasoning that is laying the ground for the Biden Republic.  A

Working Mothers, Their Contribution And Impact On Decline Of Traditional Family – Analysis