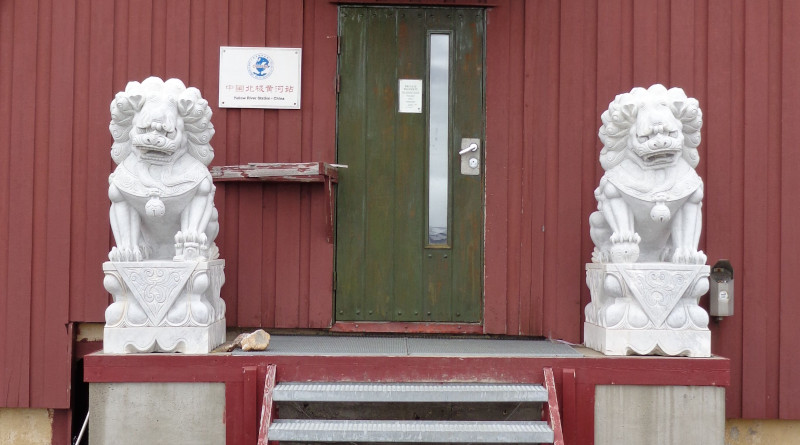 US-Chinese relations are at an all-time low. The Trump administration last week announced new sanctions on senior Chinese officials involved in the incarceration of more than 1 million Uighurs in concentration camps. The US is also leaving the World Health Organization because the White House believes it has sacrificed its integrity to safeguard Chinese interests in the wake of the coronavirus disease (COVID-19) pandemic. And, due to Beijing’s legal intervention in Hong Kong, the US recently began revoking the territory’s “special status” when it comes to trade relations.

Not only has trust between Beijing and Washington broken down, but so have the trade talks that have dominated much of the focus of the Trump administration. There are also tensions regarding Chinese investment in 5G technology in NATO member countries, assertiveness in the Indo-Pacific region and dubious claims to the South China Sea. The list goes on and on.

To its credit, the Trump administration has rightfully seen China for what it is: Part of the big power competition that the US is facing around the world today. America’s 2017 National Security Strategy described China as a “revisionist power” that challenges “American power, influence, and interests, attempting to erode American security and prosperity.”

The friction between the US and China often also impacts America’s partners. In the Middle East, China’s cozy relationship with Iran is a good example of this.

But the one area that gets lost in all the noise in the debate about China is Beijing’s emerging role in the Arctic region. During a speech last month, Adm. James Foggo, commander of US Naval Forces Europe and Africa, summed up why America should be concerned about Chinese activity in the Arctic: “With China having its own precedent for making bogus claims over international waterways in the South China Sea, it’s possible that China will also seek to bend the rules in their favor in the Arctic.”

This is a fair point. After all, China has declared itself a “near-Arctic state” (a term completely made up in the lexicon of international affairs) to argue that it should have a greater say in Arctic matters. But even with its self-professed and exaggerated role in the Arctic, China does have legitimate interests in the region. After all, it is a global trading nation with the world’s second-largest economy. It holds a permanent seat on the UN Security Council. China is motivated to be an Arctic actor for four primary reasons.

First are the new shipping routes and economic development. China is unique in modern times in being a continental power that is almost entirely dependent on seaborne trade for food and energy. New sea lanes in the Arctic have the potential to play an important role when it comes to diversifying China’s import dependencies.

Economically speaking, China sees itself as a global power and the Arctic is another region in which to engage. Beijing hopes to complement its Belt and Road Initiative — a vast trading network being constructed on the Eurasian landmass and beyond — by investing in and constructing major infrastructure projects along the emerging sea lanes in the Arctic.

Second are the scientific research possibilities. Whether it is for China’s sea-based nuclear deterrent, natural resource extraction or commercial shipping, research on polar high-altitude atmospheric physics, glacial oceans, bioecology, and meteorological geology is important for China’s strategic interests. As a signatory of the Svalbard Treaty, China is allowed to conduct scientific research on Svalbard, an archipelago well above the Arctic Circle, and has done so since 2004 at its Arctic Yellow River Station located in Ny-Alesund.

Thirdly, China wants to lay the groundwork for future military activity in the region. Currently, its military involvement in the Arctic is limited. The People’s Liberation Army Navy has never sailed into Arctic waters. However, the director of the Norwegian Intelligence Service, Lt. Gen. Morten Haga Lunde, stated recently that, “in the long term, we must be prepared for a clearer Chinese presence in our neighboring areas.”

Finally, China sees the region as a way to satisfy its growing demands for energy and food. China is a significant investor in Russia’s Yamal liquefied natural gas (LNG) project. Beijing received the first shipment of Yamal LNG in July 2018 and now imports 3 million tons every year. The dietary needs of China’s growing population can be partly met by increased fishing in the Arctic region.

So why does this matter to a reader in the Middle East? For America’s partners and friends in the region, Chinese activity in the Arctic might be thousands of kilometers away, but there can be a geopolitical impact closer to home. For example, China is becoming more involved in places like Greenland and Iceland, which are in America’s backyard. This is alarming to US policymakers, and the more attention that they give to issues like China in the Arctic, the fewer resources and attention that might be available for challenges in the Middle East.

The last thing America’s partners in the Arab world need is a US that is distracted by China while Beijing gets closer to Iran.