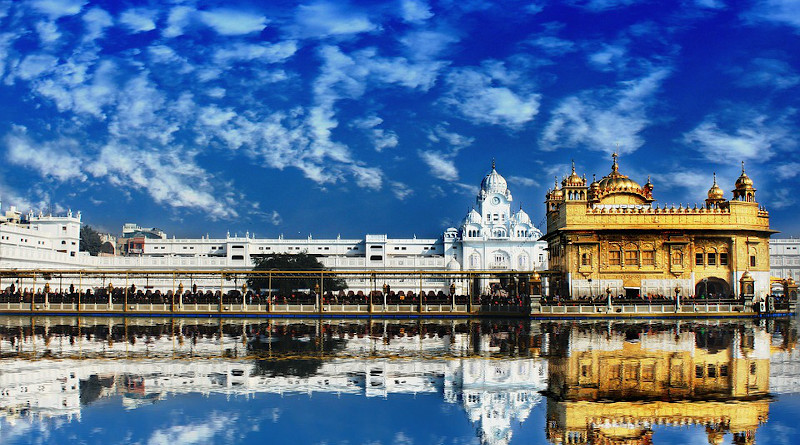 On July 5, 2020, the Union Ministry of Electronics and Information Technology reportedly took down 40 websites run and operated by the pro-Khalistan Sikhs For Justice (SFJ), on a recommendation from the Union Ministry of Home Affairs (UMHA). These websites were being used to propagate anti-India sentiment across the world and for trying to recruit young Sikhs to join militant ranks. Though both these ministries refused to disclose details of websites that were blocked, one of the prominent websites associated widely with the group – www.referendum2020.org – through which the SFJ sought support from Sikh youth for the formation of a separate ‘Khalistan State’, is not accessible. The SFJ’s Facebook page has already been blocked in India.

Unconfirmed reports, meanwhile, indicate that SFJ, without announcing any new dates, has deferred its ‘Referendum 2020’ programme to 2022, citing the COVID-19 pandemic as its reason. The possibility of deferment had been in the air since Pakistan-based Khalistani leader Gopal Singh Chawla had stated on May 29, 2020, “Neither is it written in Quran nor in Guru Granth Sahib that ‘referendum 2020’ has to be held in 2020 only.” There is now no clarity over the ‘referendum’ date.

On July 1, 2020, UMHA declared nine persons, including Gurpatwant Singh Pannun, the United States (US)-based legal adviser of SFJ, terrorists under the Unlawful Activities (Prevention) Act (UAPA) for their involvement in acts of terror and pushing the Khalistan movement. UMHA in a release observed,

These individuals are involved in various acts of terrorism from across the border and from foreign soil. They have been relentless in their nefarious efforts of destabilizing the country, by trying to revive militancy in Punjab through their anti-national activities and through their support to and involvement in the Khalistan Movement.

Significantly, SFJ had earlier been designated an unlawful organisation, on July 10, 2019. KZF, BKI, ISYF, KCF, are also among the list of 42 groups banned by the UMHA. KTF is yet to be banned.

On June 22, 2020, the National Investigation Agency (NIA) arrested Pargat Singh, one of the key conspirators and “recruiter of radical Sikh youth while working under the directions of handlers located abroad to further the activities of SFJ”.

Since April 5, 2020, NIA is investigating a case pertaining to  “carrying out of propaganda activities both online and on ground and campaigns in support of Referendum 2020/SFJ, including pasting of posters in Delhi and various parts of Punjab, committed by groups of radicalised youths under direction of and financial assistance from SFJ handlers located abroad”. Investigations have so far revealed that arrested accused persons, including Pargat Singh, had received funds from their foreign handlers through various Money Transfer Service Scheme (MTSS) platforms.

In its notification of July 10, 2019, banning SFJ for five years and declaring it as an “unlawful association” under the UAPA, UMHA observed, inter alia,

…SFJ is involved in anti-national and subversive activities in Punjab and elsewhere, intended to disrupt the sovereignty and territorial integrity of India; SFJ is in close touch with the militant outfits and activists, and is supporting violent form of extremism and militancy in Punjab and elsewhere to carve out a sovereign Khalistan out of territory of Union of India; SFJ is encouraging and aiding the activities for secession of a part of the Indian territory from the Union of India and supporting separatist groups fighting for this purpose in India and elsewhere …

When the SFJ opposed the ban, the Union Government on August 7, 2019, constituted a Tribunal “for the purpose of adjudicating whether or not there is sufficient cause for declaring the Sikhs For Justice (SFJ) as unlawful association.” On January 6, 2020, the Tribunal upheld the Government’s decision.

According to the notification details, SFJ has been found involved in several disruptive activities. Most recently, according to a June 28, 2020, report, Intelligence agencies warned that anti-India activities were being guided by a handler of Pakistan’s external intelligence agency, the Inter-Services Intelligence (ISI), named Abdullah, in close coordination with SFJ’s ‘founder’ Avtar Singh Pannu, a United Kingdom resident.

SFJ, which was formed in 2007, has emerged as a challenge for the security establishment in Punjab in particular, and India at large, since 2018. The group came into prominence in August 2018, after its August 12 ‘London Declaration’ where it called for the ‘Referendum 2020’ for Khalistan. Gurpatwant Singh Pannun, the face of the outfit, declared

SFJ in its London Declaration [in August 2018] has announced to hold the first ever non-binding referendum among the global Sikh community on the question of secession from India and re-establishing Punjab as an independent country. SFJ has announced to hold polling for referendum in November 2020 which it has planned to hold in Punjab along with major cities of North America, Europe, Australia, New Zealand, Malaysia, Philippines, Singapore, Kenya and the Middle Eastern Countries.

However, it is pertinent to recall that “Referendum 2020” was conceptualised by SFJ, way back in June 2014. Not surprisingly, the ISI, which has for long been relentless in its efforts to destabilize Punjab (as well as India as a whole), using all means, has been supporting the SFJ since then. After its ‘London Declaration’, SFJ has become prominent among terrorist/disruptive instruments of the ISI operating against India.

According to intelligence sources, ISI has launched a secret operation code-named as ‘Express’ to fund and promote the ‘Referendum 2020’ campaign. Significantly, on November 22, 2018, when India’s Cabinet approved the decision on the construction of the Kartarpur Corridor, Pakistan gave permission to SFJ to open its office in Lahore, Pakistan (on the same day). Just days later, on November 28, 2018, the SFJ leadership declared “the Kartarpur corridor is a bridge to Khalistan” clearly indicating ISI’s intent.

More recently, according to a June 15, 2020, report, Indian Intelligence agencies have identified more than 20 phone numbers of Khalistan extremists, originating from different countries, including Pakistan, used in spreading audio messages in various Districts in Punjab. Most of these numbers are being used by the SFJ to spearhead the anti-India campaign under “Referendum 2020”.

Further, a June 22, 2020, report claimed that ISI was using its diplomatic missions, particularly in London, to ‘fund and foment’ anti-India hate campaigns. At the behest of the ISI, an officer of the rank of Colonel in the Pakistan Army was instrumental in funding pro-Khalistan groups, including SFJ, which has an office in London.

SFJ has direct links with several Khalistan terrorist groupings, all of which work with the support of the ISI.  According to a June 28, 2020, report, the Khalistan Liberation Force (KLF) was working in tandem with the SFJ. On June 27, 2020, the Delhi Police had neutralized a KLF module and arrested its three members, who were allegedly planning to execute targeted killings and extortions in various north Indian states. One of the arrestees, Gurtej Singh, was in direct contact with SFJ leader Avtar Singh Pannu in the UK, and Gopal Singh Chawla, based in Pakistan. Chawla is a close associate of Hafiz Muhammad Saeed, ‘chief’ of the Lashkar-e-Taiba (LeT). Another arrestee, Mohinder Singh, had earlier been closely associated with BKI.

Meanwhile, with the ISI strongly behind SFJ, providing funds and guidance, the separatist group has made several fraudulent offers to Sikhs in India. Soon after Pakistan announced that that it would charge a USD 20 ‘facilitation fee’ from each pilgrim using the Kartarpur Corridor to visit Gurdwara Darbar Sahib, SFJ leader Pannun declared, “People of Punjab who will visit Kartarpur Sahib between November 1 and 30 will have to submit proof of their visit to SFJ and receive USD 20 service fee reimbursement via Western Union.” Again, in March 2020, SFJ offered to give cash grants to low-income families living in Punjab members of which had tested positive for COVID-19. More recently, after the India-China face-off in Galwan Valley along the Line of Actual Control, SFJ offered INR 5,000 plus salary to Sikh soldiers in Indian Army to join its ‘Khalistan movement’ and support the ‘referendum’. It also made pre-recorded calls to prominent persons like journalists, doctors and lawyers to instigate them for referendum campaign’. Significantly, there is no evidence of even a single payment on any of these offers actually being disbursed.

SFJ’s ‘strategies’ have failed comprehensively. SFJ’s ‘voter registration’ dates have been revised several times as, on each occasion, they failed to enthuse any significant response.

SFJ, working under the aegis of the ISI, certainly poses a challenge for the security establishment in Punjab at a time when the state is facing some risks of a terrorist revival. However, the failure of virtually all of SFJ’s initiatives to secure significant traction among Sikhs, both in Punjab and among the Diaspora, is evidence of effective state responses as well as a rejection of the separatist agenda by all but a tiny extremist fringe among the Sikhs.

The number of people living with undiagnosed HIV is increasing in the WHO European Region. According to data published today