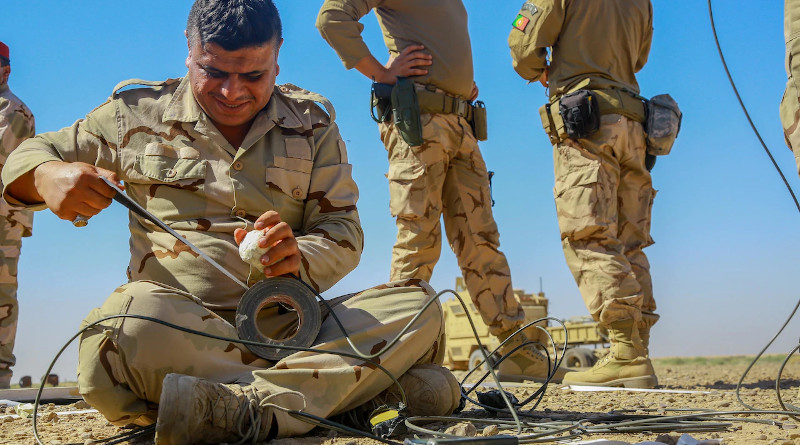 While ISIS no longer has the ability to hold ground, the terrorist organization isn’t completely defeated. An enduring defeat, the commander of U.S. Central Command said, will require, in part, plans for refugees displaced by the Syrian civil war and for local security forces to be able to handle ISIS on their own.

“One of the very highest priorities I have at Central Command is dealing with displaced persons and refugees,” Marine Corps Gen. Kenneth F. McKenzie Jr. said during a discussion today with the U.S. Institute of Peace. “I think it’s an unfortunate byproduct of the conflict in the region.”

Displaced people now in camps may be radicalized and susceptible to influence later on by ISIS, McKenzie said. Those men, women and children will need to be returned home, and they need to be deradicalized, the general said, noting that it’s a strategic problem for those most interested in keeping ISIS at bay perpetually.

“Unless we find a way to repatriate, to deradicalize, to bring these people that are at grave risk in these camps back — preferably to their nations that they came from or to stay in Syria where appropriate, but with some form of deradicalization — we’re buying ourselves a strategic problem 10 years down the road, 15 years down the road,” he said. “Young people grow up, and we’re going to see them again, unless we can find a way to turn them in a way that will make them productive members of society.”

An enduring defeat of ISIS, McKenzie said, also depends on the strength and capabilities of local and state-level security — home-grown, organic security. It’s something he said both Centcom and coalition forces will support.

“We need sufficient security capacity at the local and state level to prevent ISIS remnants from posing a threat to stabilization efforts and governance,” he said. “Where authorized, Centcom and coalition forces will support the development of operational and institutional capacity to sustain … hard-won partner gains at the tactical level.”

Victory against ISIS, McKenzie said, will not involve a clear-cut military victory. What it will involve, he said, is trained, capable local security forces in support of legitimate local governments.