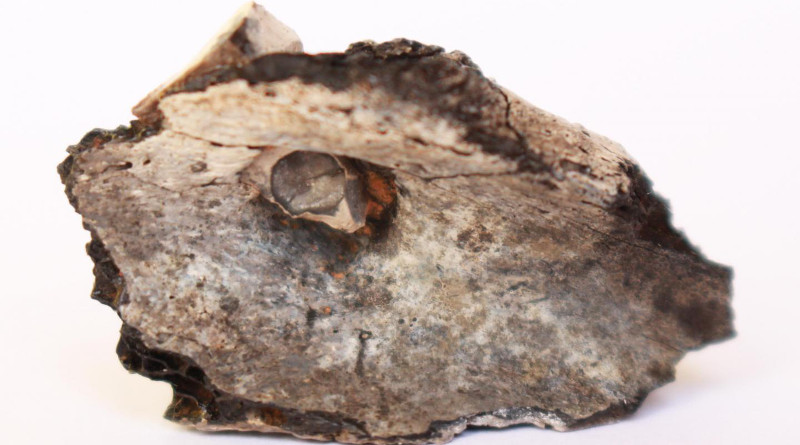 The individual buried in the pyre-pit was injured by a flint projectile several months before dying. CREDIT: © mission Beisamoun

The gender of the human remains found inside a cremation pyre pit in Beisamoun, Israel remains unknown. What is known is that the individual was a young adult injured by a flint projectile several months prior to their death in spring some 9,000 years ago.

Preserved due to it being buried, the pit represents the oldest proof of direct (1) cremation in the Middle-East. An international team lead by CNRS archaeo-anthropologist Fanny Bocquentin (2) with aid from PhD candidate Marie Anton and several experts in animal, plant, and mineral remains, discovered and studied the bones found inside the pyre.

An analysis of the clay used to coat the inside of the pit showed the 355 bone fragments, some of which were burnt, were exposed to temperatures reaching 700°C. The position of the bones and the preserved joints seem to indicate the body was placed seated onto the pyre and was not moved during or after cremation.

Whether used as fuel, as ornamentation, or as a scent, siliceous traces indicated the presence of flowering plants, which made it possible to identify the season the person died.

In addition to the exceptional pyre pit, the cremated remains of five other adults were discovered at the site. They dated back to the same period as burials whose traces were discovered among the ruins of abandoned dwellings.

The use of cremation indicates an evolution of the relationship to death in the region. The veneration of ancestors and lengthy funerary practices seem to have given way to shorter rituals. This could be evidence of a transition phase because, some two to three centuries later, the dead were no longer buried inside or near villages and their traces are much more difficult to find.

The study is based on joint archaeological digs completed between 2007-2016 by the CNRS, the French Ministry for Europe and Foreign Affairs and the Israel Antiquities Authority.

(1) The body was cremated directly, as opposed to other practices where dried exhumed bones were burnt.