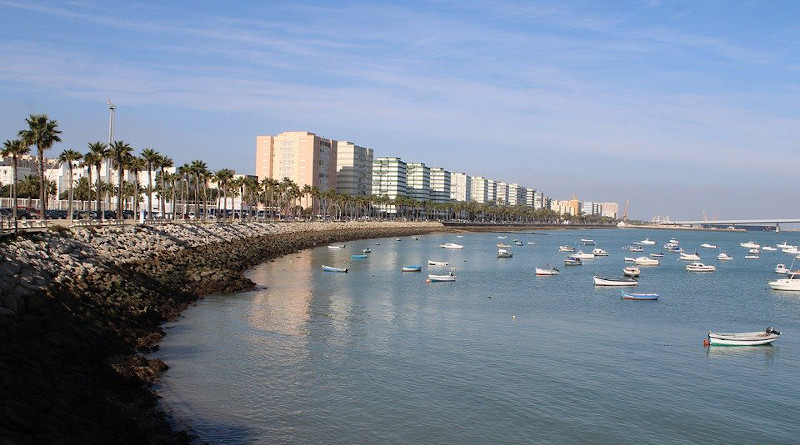 Researchers from the Marine Biology Laboratory of the University of Seville, led by Professor José Carlos García Gómez, have studied the factors involved in fish reproduction and breeding in the Gulf of Cadiz. Their analysis focused on estuaries which, due to their specific conditions, created by the mixing of river and sea water, are especially favourable for the reproductive function of the species in the area.

The Guadalquivir estuary showed the highest density of early stages fish and also of macro-zooplankton (fish prey). A higher concentration of organic matter (preferential food of the macrozooplanton in the Guadalquivir), provided by a greater flow of fresh water and correlated with total suspended solids, inorganic matter and turbidity, were the most typical characteristics of the Guadalquivir. This, along with the salinity gradient, may explain its high densities of macro-zooplankton and early stages fish. In contrast, the recurrent booms of jellyfish (Blackfordia virginata) and ctenophores (Bolinopsis sp.) observed in the Guadiana and Bay of Cadiz estuaries affected their breeding capacities. The most abundant fish species in the Gulf of Cadiz, particularly in the interior of the Guadalquivir estuary, was the anchovy Engraulis encrasicolus.

The results show that the estuaries of the rivers Guadalquivir and Guadiana, which have larger river basins, have higher freshwater discharges, thus generating different physical-chemical characteristics in their waters, as well as an extensive transition zone with a longitudinal salinity gradient (40-50 km approx.). In contrast, the Tinto-Odiel and Bay of Cadiz estuaries, with their small river basins, have a very low flow of fresh water, which explains why their internal characteristics are similar to those of external marinas.

Turbidity is another factor to consider in this regard, as it is highly beneficial for fish larvae. They use the poor visibility offered by these waters to hide from predators. While, at the same time, since these larvae locate their prey at a very short distance, turbidity has little influence on finding and catching them. In short, fish larvae that spawn in estuaries or in areas very close to their mouths are in a perfect scenario to grow, fulfilling the vital maxim to which all wild animals aspire “to eat and not be eaten”.

For the study, samples were taken from the estuaries during the hot and dry seasons of 2016, 2017 and 2018. Some temporal differences were observed in the larval and juvenile fish communities within the estuaries themselves, as these environments fluctuate significantly. By collecting samples for 3 consecutive years, researchers were able to achieve greater certainty of the differences between the different areas studied. In fact, comparing the two most productive estuaries in the Gulf of Cadiz, the Guadiana and Guadalquivir, the average difference in the abundance of fish larvae and juveniles found was up to 5 times greater in the latter, rising to up to 10 times in some years.

Furthermore, in both the Guadiana and the Bay of Cadiz, jellyfish and ctenophore population explosions were observed only in 2017 and 2018, but not in 2016. The causes of this temporal variation are still unknown but we are studying what other factors may have a bearing on these differences.

The study was carried out in collaboration with the General Research Services (SGI) of the University of Seville, and was fully financed by the Seville Port Authority as part of its policy of generating knowledge on the Guadalquivir estuary and surrounding areas to promote better integrated management, sustainable exploitation and the conservation of this natural environment, as set out in the Strategic Plan of the Port of Seville 2025.