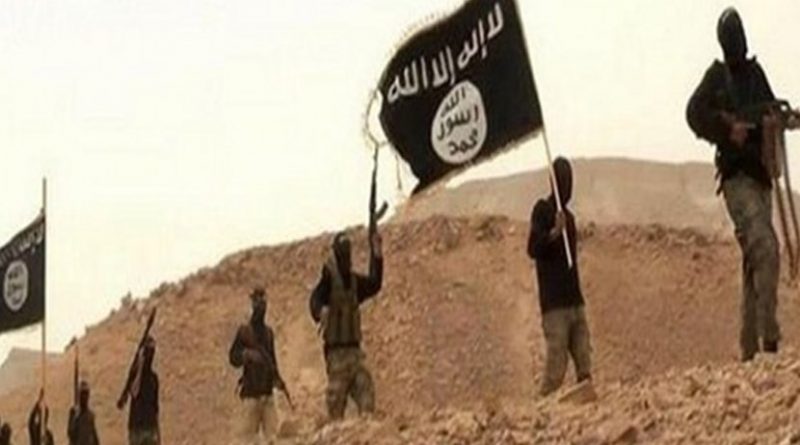 With the experienced eye and pen of a journalist fully conversant with his subject, Seth Frantzman – the Middle East affairs analyst and op-ed editor of The Jerusalem Post – recounts in his new book, “After ISIS”, the rise and decline of the organization that ravaged the Middle East for more than five years – the Islamic State of Iraq and al-Sham

The years 2013 to 2019 were a momentous period in modern history. In leading us through the ever-changing situation, Frantzman provides much more than a recital of the facts. In line with his sub-title – “How defeating the caliphate changed the Middle East forever” – he explains them. Because he was himself present at various times in the war zones and killing fields, his account is leavened throughout with personal experiences of how the shifting pattern of events impacted on people caught up in them. Nor does he desist from pointing out the various failures of the West during the long struggle to defeat the self-styled caliphate set up by the leader of ISIS, Abu Bakr al-Baghdadi.

Nothing moves Frantzman more than his personal witness of the horrific genocide that ISIS perpetrated on the Yazidi people in and around Sinjar in 2014. He arrived in the region very shortly after the slaughter. “To come face to face with genocide is unimaginable,” he writes, describing how he visited a mass grave and found bones sticking out of the ground, a skull with a bullet hole in it, women’s hair matted and twisted between rocks, clothes and blindfolds lying on the surface. The sight moved him to righteous anger.

“No international investigators are here,” he writes. “No NGOs are working here to protect the human remains. The world was silent again. These lives could have been saved… How could the Western powers with all their technology, all their drones, their EU Parliament and councils of human rights and international criminal courts, do nothing?”

Nearly six years later he saw new photos from Sinjar. “The city was still in ruins. On Mount Sinjar, people still lived in tents and huts… Survivors were still picking through rubble.” The International Commission on Missing Persons was apparently trying to document the remains in the mass graves, but the grave in one photo was not cordoned off or protected from the elements. There were more than two hundred mass graves in Iraq. Of the handful so far discovered in Syria, one near Raqqa contained an estimated thirty-five hundred bodies.

As Frantzman leads us through the sequence of events that slowly but surely squeezed ISIS out of the vast areas of Iraq and Syria that it had originally conquered, he provides an informed commentary on their impact. He embraces issues ranging from the effect on Europe of the influx of refugees from the Middle East, to the success of the Kurds’ Peshmerga fighters against ISIS, the subsequent boost to their independence aspirations, followed by the efforts by Turkey’s President Erdogan to remove what he saw as a Kurdish threat to his regime.

Frantzman brings to light the temporary battlefield alliances that were formed and disintegrated as the US-led coalition slowly crushed ISIS – at one time ISIS was actually in a deal with Hezbollah and the Syrian regime that resulted in some three thousand ISIS fighters being removed from Syria and deposited in Iraq. He deals also with more profound changes in political thinking in the region, for example how Iran’s growing influence encouraged Saudi Arabia and the UAE to look increasingly toward Israel as an ally, and how it changed the strategic thinking of Jordan and Egypt.

In dealing with the final days of the caliphate as a territorial entity, Frantzman describes as “staggering” the numbers of ISIS supporters, family members and fighters hemmed into a tiny enclave on the Euphrates River. From late January to the end of February 2019, tens of thousands were transported out of ISIS’s final redoubt.

Yet in considering whether the post-ISIS era would simply replicate the worst days of al-Qaeda terrorism under Osama bin Laden, he is not wholly pessimistic. He points to the concerted anti-terrorism effort, backed by US finance, being undertaken by the US Special Operations Command in some ninety countries. The real question about extremism, he believes, is why and how it exercises such an appeal, and even here he sees grounds for hope. With hundreds of thousands of social media accounts linked to ISIS shut down, he writes, it appears that social media giants have learned the lessons of 2014, when an estimated forty-five thousand ISIS accounts helped attract tens of thousands worldwide to join ISIS and travel out to Syria and Iraq.

He sees some hope too in the rise of a younger generation of Middle East leaders that came of age in the 1980s or 1990s, in an era of US hegemony, taking over from leaders who had run the region since the colonial era. “With the Saddam Husseins, Mubaraks, Gaddafis, and Salehs out of the way,” he writes, “there may be a new way forward.”

The basis for Frantzman’s qualified optimism lies in his belief that the whole ISIS episode was a unique phenomenon – a one-off. In his words: “”it appears that the power of ISIS was sui generis. A group like this will not appear again. This was the apogee of Islamist extremism and jihadist groups.”

Although the US-led coalition finally gained a territorial victory, Frantzman is critical of the pattern of the military effort. “A lesson of the ISIS war,” he writes, “is that you can win the battle, but you might end up leaving the battlefield to adversaries – such as the Syrian regime or Iranian-backed militias in Iraq – when it is all over.”

“After ISIS” is a comprehensive, insightful, thought-provoking account of how an exceptionally ruthless and brutal organization succeeded in capturing the imagination of scores of thousands of Muslims the world over, how it rose to control large parts of Syria and Iraq and rule over millions, and how finally it was defeated. For anyone wishing to understand how this all came about and what might follow, “After ISIS” is essential reading.