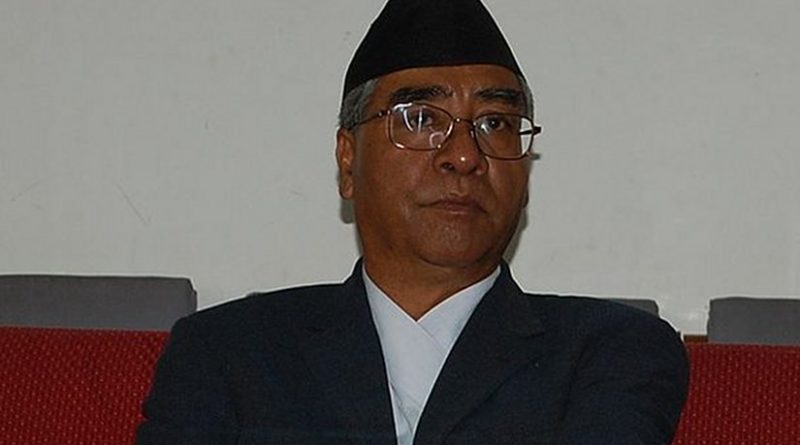 On 13 July 2021, 75-year-old Sher Bahadur Deuba, leader of the Nepali Congress party, was appointed Prime Minister by order of Nepal’s Supreme Court. He finds himself heading a coalition government which will have to grapple not only with the COVID-19 pandemic but also severe political, economic and environmental challenges.

Unusually, its government held an overall majority, not only in Nepal’s House of Representatives but also in the new provincial and local administrations. There were hopes that its installation would be the final step in Nepal’s post-war transformation. But relations between Khadga Prasad Sharma Oli, leader of the Unified Marxist-Leninist, and Pushpa Kamal Dahal, leader of the Maoist Centre, quickly became rancorous after the parties merged.

In office, Oli became a controversial figure. His government’s handling of the pandemic ranged from early claims of endemic native immunity, to harshly-enforced lockdowns, to a dangerously premature easing of restrictions. The Oli administration’s commitment to the new federal structure of the Nepali state, one of the fundamental reforms provided by the 2015 constitution, was at best lukewarm. Oli also developed an authoritarian streak in his dealings with civil society.

In relation to India, he oscillated between nationalism and subservience. China became a more active player in Nepal’s internal politics. Oli’s more grandiose schemes, such as the promise of a rail link with Beijing, were predicated on the continued deepening of the relationship with China, which alarmed India greatly.

Oli’s prime ministership ended in farce. In March 2021 the Supreme Court ruled that the Communist Party of Nepal had no right to its name and the Election Commission dismissed it from the electoral register. Oli then took increasingly desperate measures to avoid a vote of confidence in the House, which he would have almost certainly lost. It was left to the Supreme Court to overrule Oli’s dissolution of the House and invite Deuba to step forward.

Yet Deuba’s appointment and subsequent confirmation by a snap vote of confidence on 18 July may not be enough to bring this current episode of extreme turbulence in Nepal’s tempestuous politics to an end.

This is the fifth time Deuba has been Prime Minister of Nepal, and his record in office is mixed. During his first term from 1995–97, the Maoist ‘People’s War’ grew from a small local rebellion into a nationwide insurgency. His second term from 2001–02 began with a ceasefire, continued with a national emergency and a human rights catastrophe and ended with him being sacked by the king for his failure to hold general elections. Two governments later, in June 2004, King Gyanendra appointed him prime minister again, only to dismiss him in February 2005. Deuba’s fourth period of office lasted from June 2017, when he headed a Congress–Maoist coalition, until February 2018.

Deuba’s government has a maximum of 18 months in office before general elections must be held, but his government could fall if any coalition party withdraws its support. Pessimists point to the misfortune of Deuba’s record, his appointment of ludicrously huge cabinets in the past to retain the support of sprawling coalitions and his tendency to resort to astrology when making decisions.

Deuba knew that he had to appease his Maoist partners quickly and awarded them the important finance and energy portfolios within days of his appointment. He also asked President Bidya Devi Bhandari to issue an ordinance which amended the 2017 Political Parties Act. This would make it possible for a political party to split with the approval of only 20 per cent of its members, compared to the 40 per cent required hitherto. By 26 August, a breakaway faction of the Communist Party of Nepal led by Madhav Kumar Nepal had become the new Communist Party of Nepal (Unified Socialist), and was set to join Deuba’s coalition.

Given the ongoing pandemic, the allocation of the Health Ministry portfolio is clearly an urgent matter. Only 3.6 per cent of Nepal’s population have received a COVID-19 vaccination. It is hoped that by autumn this will have risen to 20 per cent, due to the purchase and donation of vaccinations from China, COVAX, the United States, the United Kingdom and Japan. So far Deuba has sidestepped the issue by appointing only a Minister of State for Health.

If he can hold his coalition together despite the odds and improve upon his predecessor’s response to the COVID-19 pandemic, Deuba may yet secure a legacy of sorts.

*About the author: Michael Hutt is Emeritus Professor of Nepali and Himalayan Studies at the School of Oriental and African Studies, University of London.