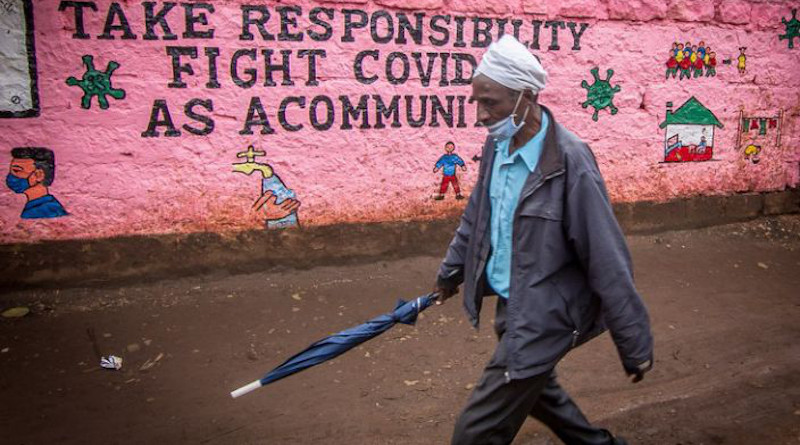 A genomic surveillance analysis of SARS-CoV-2 in Africa in the first year of the pandemic reveals that the first phase of the pandemic there was caused by importations from outside Africa, and involved limited virus spread, while the second, more deadly phase was fueled by ongoing transmission within the continent and led to emergence of many variants of concern.

The findings highlight that Africa must not be left behind in the global pandemic response, say the authors; otherwise, it could become a breeding ground for new variants.

Throughout the COVID-19 pandemic, it has been noted that Africa accounts for a relatively low proportion of reported cases and deaths. However, emerging data from seroprevalence surveys and autopsy studies in some African countries suggests that the true number of infections and deaths may be higher than reported.

From the onset of the pandemic, genomic surveillance has been at the forefront of the COVID-19 response in Africa. In this study, Eduan Wilkinson et al. performed phylogenetic and phylogeographic analysis of a dataset of thousands of SARS-CoV-2 genomes collected from 33 African countries and two overseas territories in 2021.

Their analysis suggests a changing pattern of viral diffusion into and within Africa over the course of 2020. Outbreaks in Africa during 2020 were initiated by imported cases, mostly from Europe, but as the pandemic developed, other African countries – particularly South Africa, Kenya and Nigeria – appear as major sources of importations into other African countries, the authors say.

Their analysis also suggests case numbers in African countries were likely many-fold greater than reported and that further waves of the pandemic were more severe.

Subsequently, high-transmission variants emerged that have spread within the continent. “If the pandemic is not controlled in Africa,” say the authors, “we may see the production of vaccine escape variants that may profoundly affect the population in Africa and across the world.”