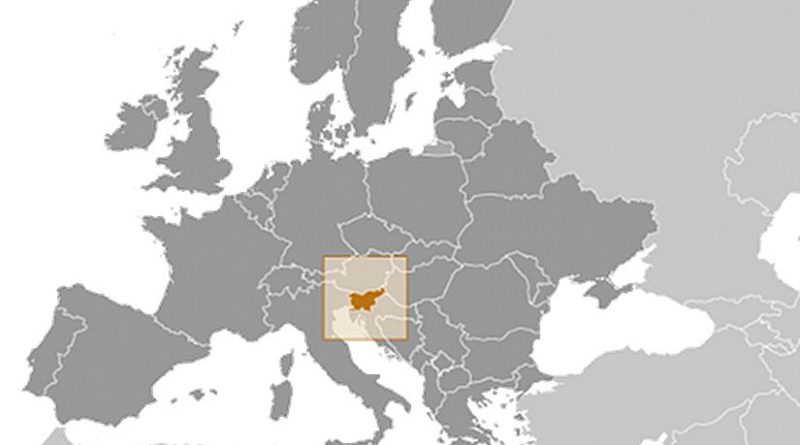 The successful implementation of public health policy has been a top priority for the Government of Slovenia and Prime Minister Janez Janša has certainly managed very efficiently the funds allocated to provide Covid-19 vaccines for his countrymen. Furthermore, Slovenian Foreign Policy has delivered tangible results pertaining to international trade and economic diplomacy as well as strengthened the geopolitical dialogue in Europe through its prestigious Bled Strategic Forum. Janša’s administration has been transparent and very effective in the allocation and expenditure of EU funds for recovery.  Although international public perception and some European Institutions have reacted positively towards the impressive accomplishments of Slovenian Government; Ljubljana is seriously shaken by homegrown political retaliation and propaganda intimidation shaped by Tanja Fajon, whose role as European Parliamentarian in Brussels enables her to actively operate against her homeland in Europe and across the continent.

Tanja Fajon, as the leader of Slovenia’s Social Democrats, has worked diligently to concoct a smear campaign against the Government of Janez Janša and for over eighteen months encourages international skepticism against her own nation; even calling for the suspension of EU Recovery Funds intended for the Slovenian people.  In fact, Tanja Fajon has been propelled into Slovenian politics by Borut Pahor, the current president of Slovenia, this is perhaps one of the worst blunders committed by the head of state in his attempts to enliven the club of Social Democrats.  No one would have predicted that, ten years later, Fajon would become a ferreous opponent to her country’s economic development.

It is disheartening to observe that Tanja Fajon has not helped to better administer the application of vaccines among Slovenians, nor has she demonstrated leadership towards handling the surge of unauthorized immigrant populations in Europe.

Instead of focusing on the migrant smuggling as a dynamic global criminal activity; Fajon is tremendously focused towards spreading fake news about her homeland, by working closely with international magazines that aspire to jeopardize European democratic values historically ingrained in the hearts of the societies of Slovenia, Poland and Hungary.

Statements made by MEP Fajon simply encourage a greater poverty, social and political instability inside the EU as well as harm the social fabric of Europe as she encourages left-wing policies that instigate the overthrow of democratically elected governments, just like in 1945 when communists instigated violent revanchism to reach the helm of political power in the Balkans.

Developments during the recent months show that Fajon was not interested to contribute in alleviating the pain of epidemic, instead she slandered her own homeland and Slovenia’s current government in all possible ways – even across the Atlantic.

Advancement of Left wing policies and what is advocated by MEP Tanja Fajon are truly a recipe for disaster. In Spain a serious incident occurred when LGBT and Migrants – two major societal groups promoted and varnished by Left Wing politicians –  faced one another nearby Barcelona; a group of African immigrants attacked homosexuals at an LGBT party, where an individual was brutally beaten and taken to a hospital with serious injuries.  What will be the consequences of public policies orchestrated by left-wing politicians in Slovenia? The very same insidious ideology are applying leftist groups in Ljubljana pushing to expand greater rights for both the LGBT community and migrants, a slowly churning product that could explode at any moment. Fajon’s team believes that bringing together these culturally different groups is a good idea to preserve a closely knit society.

In the Slovenian context, leftist parties and particularly Social Democrat Tanja Fajon, must decide on whether to support open borders for illegal immigrants or create a safe haven for LGBTQ community; the two concepts or public orientations cannot stand side by side.  With such a wishy-washy political nonsense, Southeast Europe is becoming a fertile soil of social experiments that lead nowhere, destroy the traditional family values, and are seriously jeopardizing the millenary cultural values of Slovenia and other countries in this geographic space.  European Leftist propaganda is constantly growing in popularity, the list of irrelevant issues is enlarging every day, meanwhile the thrust to democratic principles and to sustainable economic policies is clearly eroding the EU Institutions.  Brussels is walking into uncharted territory and is becoming more vulnerable in the developments of regional security, Ukraine, Georgia, and energy economics.

European Union is a breeding ground of disinformation channels evoked by Tanja Fajon who represents Slovenia in Brussels. She is slandering her homeland and has proposed to the European Parliament to include Slovenian Government’s intervention into the Judicial process, to be addressed in the scheduled public hearings.

Another attractive initiative is the attempt of SD Party representatives to build up momentum in expelling their former president and incumbent President of Slovenia Mr. Borut Pahor. On the other hand, Fajon is bolstering SD Party’s radicalization and this path will be treacherous for her political future.

The greatest resentment towards the current president of Slovenia originates from his cooperation in public policies with Janša and his distant posture towards political provocations coming from Fajon’s desk.

The Social Democratic Party is afraid that Mr. Pahor would succeed in a potential move with his supporters in the National Assembly. All of these Machiavellian issues are a burden to Slovenian taxpayers and the SD party leadership will very soon understand the consequences of propelling an international slander campaign against their own country, and the reward of their imbroglio will be humiliating on the upcoming national elections’ day.

Peter Tase is a freelance writer and journalist of International Relations, Latin American and Southern Caucasus current affairs. He is the author of America's first book published on the historical and archeological treasures of the Autonomous Republic of Nakhchivan (Republic of Azerbaijan); has authored and published four books on the Foreign Policy and current economic – political events of the Government of Azerbaijan. Tase has written about International Relations for Eurasia Review Journal since June 2012.