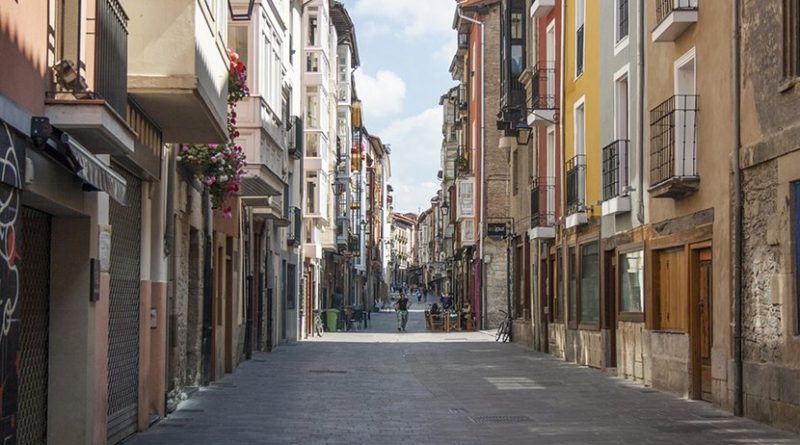 It is time for the local, regional and state-wide political leadership to recognise the maturity of local civil society and afford it a lead-role in the resolution of the Basque conflict and all aspects that surround it – such as the issue of prisoners, the victims of terrorism, political legitimacy and even the right to repentance.

It is perhaps the first time in the last few decades that the messages that are coming from the Basque Country with regards to the ethno-terrorist conflict are encouraging. It is not only the announcement of an indefinite ceasefire by ETA (Euskadi Ta Askatasuna or Basque Homeland and Freedom) and the International Verification Commission’s (IVC) role to ascertain said process. It is also the change of conduct of the central institutions (like the Constitutional Court’s decision in the case of Sortu, or the Audiencia Nacional’s decision in the case of Bolinaga), that have sustained the impetus that local civil society has generated through the last twenty years. Finally, one must not ignore the supra-national role of the EU and its institutions in the unfolding of this ‘peace process’.

My use of inverted commas when referring to the current situation is not without reason. To be painfully pragmatic, one must admit that there is not yet a peace process as such. For one to exist, a true round of dialogue must take place involving all major actors – including, of course, representatives of the entire spectrum of the local civil society (victims of terrorism by ETA and the state terrorism, nationalist left, moderate nationalists, anti-nationalists, etc.) – and not just meetings and negotiations between highly-placed political figures. Rather, what we experience now is an elimination-of-violence process, which, undoubtedly, is the foremost ingredient that leads all conflicts to a sustainable peace processes.

However, this process has something different about it – a greater degree of credibility and hope offered by past ceasefires and ‘peace processes’. It is the child of the local civil society which emerged when the latter became gravely frustrated by the inability of political actors (local, regional and state-wide political parties) to bring the conflict to an end. The situation that the Basque Country is experiencing right now is owed to a very large degree (if not exclusively) to the re-actions of the Basque civil society that grew tired of a) the violence of ETA when it began implementing tactics used by dictators and other authoritarian figures in far away, ‘third-worldly’ places; and b) of the violence used by the State against anyone that dared utter the word ‘independence’ (the case of GAL, Aznar’s agenda – particularly during his second term in office – with the Madrid bombings highlighting the anti-Basque governmental reflexes and verifying Basque suspicions of the government’s non-commitment to a political negotiation to the problem).

Just like other cases where a combination of small geography and protracted violent conflict has generated stalemates and impasses (Sri Lanka, Northern Ireland, Palestine and Cyprus, to name just a few), the Basque conflict is also suffering from lasting memories, legacies and traumas that weigh down any attempt to move forward. By that, I do not mean that memories and traumas should be wiped out in the name of peace. Rather, what I insinuate is that it is now time for the local, regional and state-wide political leadership to recognise the maturity of the local civil society and afford it a lead-role in the resolution of this conflict and all aspects that surround it – such as the issue of prisoners, the victims of terrorism, political legitimacy and even the right to repentance.

It is definitely time for a process reflection by all those involved – especially civil society itself – but not so much one that dwells on the past, as one that dedicates its energy towards its future(s). And what ‘the people’ have been showing for the past twenty years – through initiatives like Lokarri’s, Gesto por la Paz, and others – is that they need to eclipse violence in order for the question of independence to be negotiated exclusively in political terms.

Of course, spoilers are omnipresent in conflicts. The experiences and memories of ETA’s re-armament during truces are well imprinted in both Basque and Spanish minds. Similarly, certain types of reaction from certain circles that want to see punishment exercised as revenge – rather than justice – are also a threat to the process of healing and reconciliation. Yet, the resistance that began with the ‘Letters of ETA’, the ‘White Hands’ demonstrations and, more recently, the social media outcry against ETA is now both broadly shared and solid. This is precisely what affords us with optimism (albeit reserved) about the end result of the current process.

Let’s hope that politicians – nationalists, centralists, autonomists and others – have got the message and try to stay away from the cameras until the finishing touches have been applied.

Dr. Ioannis Tellidis is Assistant Professor of International Relations at Kyung Hee University. He has published on the role of the Basque civil society in the transformation of the conflict, and his main interests are on the interjection between terrorism studies and peace and conflict studies, emerging actors on international peacebuilding, and the role of new social media in peacebuilding.