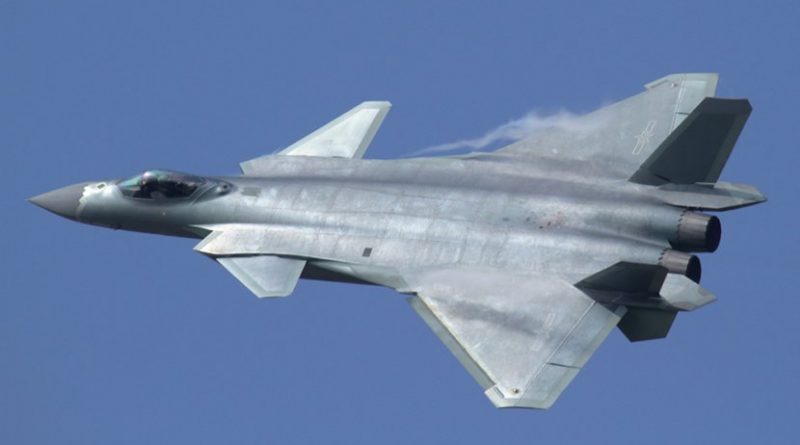 Defending Indian airspace from any potential Chinese aerial challenge or intrusions in the future with the proliferation of stealth aircraft in the region, will be eventualities that the Indian Air Force must contend with.

The People’s Liberation Army Airforce (PLAAF) is beginning to make a transformative shift in its war fighting capabilities with the commissioning of its first fifth-generation fighter aircraft — the Chengdu J-20A. The induction of the J-20A will present a greater and fundamentally different threat for militaries in the Asia Pacific compared to the Russian Su-30/35 Flanker family derivatives that currently form the mainstay of Chinese air power. The J-20A represents a fast-emerging capability for low-observable strikes inside Indian airspace by China in a crisis. And for an Indian Air Force (IAF) struggling to mass combat potential on any given day, the latest developments in Chinese airpower require imaginative and cost effective counter capabilities, given the limitations of the defence budget.

Stealth technology is a core component in the transformation of the PLAAF from a predominantly territorial air force to one capable of conducting both offensive and defensive operations. The twin-engine J-20A, built by Chengdu Aerospace Corporation, is a single seat stealth fighter designed for long-range fighter missions which can pose a significant threat to forward bases in the opening phase of any conflict due to its radar evading properties, long range and ability to carry significant amounts of munitions.

The J-20 contains three weapons bays for air-to-air missiles and a variety of missiles and surface attack weapons. The J-20 also features an active electronically scanned array (AESA) radar, nose-mounted infrared search and tracking sensors, and fuselage-mounted cameras to give its pilot 360 degree imaging. These capabilities are set to grow as the platform matures in the coming years saddling China’s rival air forces with a formidable challenge.

The IAF’s fleet of current ageing combat aircraft including the numerically dominant fleet of Sukhou-30 MKI, has few answers to an aircraft like the J-20A. Stealth aircraft will always have the capability to detect the Su-30MKI from very long ranges, and can take positions to either avoid it or engage under the best possible attack parameters.

Defending Indian airspace from any potential Chinese aerial challenge or intrusions in the future with the proliferation of stealth aircraft in the region, will be eventualities that the IAF must contend with. Currently, the IAF is on course to fall seriously short in both the quality and quantity of its fighter force to pose a counter with its entrenched procurement plans out to 2032 when it hopes to achieve its elusive 42 fighter squadron strength which the considers the benchmark to effectively take on China and Pakistan.

The IAF needs to adopt a more flexible approach to countering emerging Chinese air combat capabilities like stealth. One solution could be to pursue the acquisition of modern Airborne Warning and Control System (AWACS) aircraft, which can improve the situational awareness of the IAF and help better utilise its limited 4th generation combat aircraft an idea of where to look for low-observable aircraft. Second, developing a modern and potent ground-based integrated air defence system (IADS) with long-wavelength frequency agile ground radars focused on counter-stealth capabilities for defence against China, paired with a smaller number of fourth and 4.5 generation multirole fighters to provide flexible air defence. This combination, far more than any aircraft which the IAF has in the procurement or development pipeline at present, is likely to remain a serious threat to any low-observable would-be intruders into Indian airspace. Building on the acquisition of the long range S-400 air defence systems from Russia in terms of quantity and quality could prove the first steps in the second option.

While analysts have critically pointed to the fact is that it is comparatively simple to develop flying prototypes that look like fifth generation fighters, case in point the J-20A or the Russian Sukhoi T-50 which India plans to acquire at some point in the future. It is exceedingly difficult to transition to produce something in quantity that performs like a fifth generation fighter, both in low-observability and sensor fusion-enabled situational awareness.

While western fifth generation aircraft may still have significant advantages in low-observable technologies or situational awareness capabilities, once the Chinese J-20A enters the PLAAF in significant number in the coming years, it will represent transformative capability jump in any conflict over less capable militaries in Asia including India.