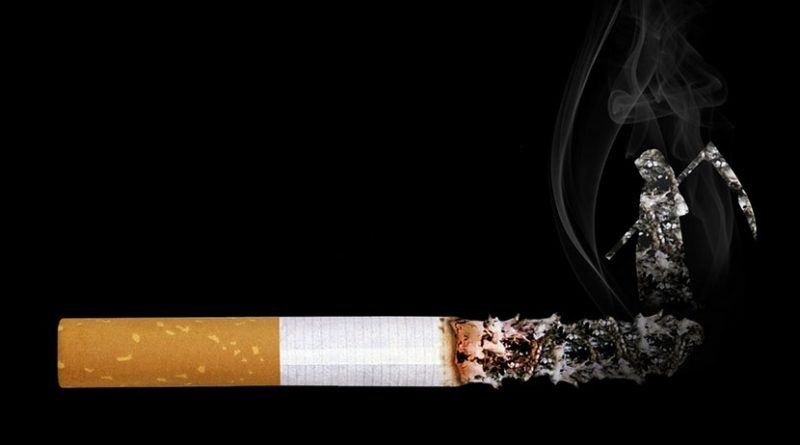 The results are in: people in the UK, US and China are far more likely to die early from chronic conditions compared to their counterparts in France, Australia and South Korea. Researchers from Imperial College London and the World Health Organisation (WHO) have conducted the most detailed global analysis of deaths from non-communicable diseases (NCDs) to date, confirming that people in certain countries continue to suffer disproportionately from chronic illnesses.

NCDs, such as cancer, diabetes and cardiovascular disease, kill some 41 million people annually, making up more than 70 per cent of all global deaths. Three years ago, the United Nations committed to reducing this figure by one-third by 2030. The recent study published in prestigious medical journal the Lancet, however, shows more than 80 percent of countries are on track to miss this target—by large margins.

The shortfall particularly affects people in developing countries, like Mongolia, Fiji and Afghanistan, but a number of high-income nations also have dismal track records. The authors of the recent study deliberately published their findings just a few days before the 2018 UN High-Level Meeting on NCDs took place on the sidelines of the UN General Assembly, in order to put pressure on the international community to keep the promise to sharply cut NCDs.

While genetics and environmental factors no doubt play a role in the proliferation of NCDs, behavioural factors are also major culprits in this global health hurdle. According to the WHO, more than a quarter of people worldwide are not getting enough exercise, a figure which has scarcely improved since 2001. This sedentary lifestyle is compounded by poor diets consisting of high sodium foods low in essential nutrients.

While inactivity and inferior diet have taken a toll on global health, smoking and drinking are drastically exacerbating the NCD burden, as smoking cigarettes triples the risk of heart attack and increases the likelihood of developing rheumatoid arthritis and type 2 diabetes. It’s true that while smoking rates for both men and women have fallen over the past 50 years, significant room for improvement remains. In fact, a rapidly expanding population means that the number of smokers on the planet is actually continuously increasing. As areas like Northern Europe and South America have kicked the habit, the tobacco industry has cultivated other markets—for example, smoking has risen a staggering 50% in Africa over the past 35 years.

The 2018 UN High-Level Meeting on NCDs agreed that tobacco control is a centrepiece of preventing NCDs, but the declaration global leaders adopted focused primarily on encouraging individuals to be healthier, rather than tackling the industries, such as Big Tobacco, whose products fuel these maladies. Not surprisingly, NGOs like the NCD Alliance criticised the declaration as a ‘squandered opportunity’ for omitting key policy measures like sin taxes on tobacco and alcohol, as well as its relatively weak language.

While the UN meeting on NCDs may have failed to appease global health advocates, it was immediately followed by two-high level conferences in Geneva, the COP8 and MOP1, both dedicated to taking stock of global progress on tobacco control. The second event was the first major meeting centred around the Protocol to Eliminate Illicit Trade in Tobacco Products, which went into effect on 25 September.

The aim of the MOP1 was to hash out the details of the comprehensive system for tracking and tracing tobacco it provides for. Tracking and tracing tobacco, which usually involves affixing unique, tamper-proof codes to each tobacco product so that there is a record of its journey through the supply chain, is key to cracking down on cheap and toxic contraband cigarettes which keep smokers hooked and drastically increase the prevalence of NCDs.

While most countries agree that such a scheme could be a pivotal tool for public health, policymakers have yet to settle on a framework for their track and trace systems. Several of the schemes proposed, including the EU’s, fail to meet the Protocol’s requirement that a track and trace system be completely independent of tobacco manufacturers, relying instead on a “mixed” collection of track and trace measures which effectively entrusts key elements of the scheme to the tobacco industry.

The idea of permitting Big Tobacco any involvement in tracing its own products has drawn sharp criticism from public health campaigners such as Dr Francisco Rodriguez Lozano, president of the European Network for Smoking and Tobacco Prevention (ENSP), who pointed out the tobacco industry’s history of involvement in the illicit tobacco trade, and remarked that the world “should not allow foxes to be appointed and look after our chickens”.

Big Tobacco’s antics at the COP8 and MOP1 conferences have only underlined why the industry can’t be trusted to safeguard public health initiatives. On the sidelines of the COP8, industry advocates hosted lavish parties such as the “Nicotine Is Not Your Enemy Soirée”, used press badges to get into conference meetings they were barred from, and hawked their e-cigarette and “heat-not-burn” products immediately outside the conference hall.

With one in ten deaths worldwide attributed to smoking, the adoption of an effective and industry-independent method of reducing tobacco use worldwide is essential to eliminating this public health scourge once and for all. Given tobacco’s substantial role in causing NCDs, it is a risk factor governments should fight against with more force.