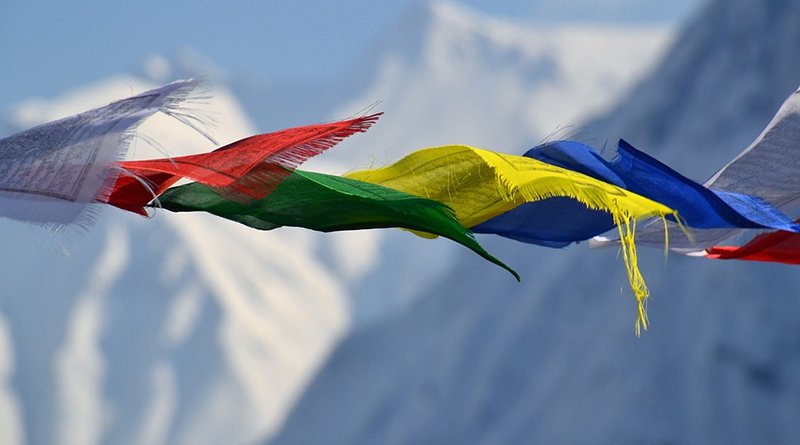 Mamallapuram is a historical place near the sea shore ,where there are many temples and monuments of great beauty and architectural splendour that was built by Pallava dynasty several centuries back. For the visit of the Chinese President, the entire Mamallapuram was cleaned and decorated like of which it has never seen before.

Mr. Modi left no stone unturned to make the visit pleasant and memorable for Chinese President and the Chinese delegation. Obviously, this would have pleased Chinese President , though Chinese are known to be always calculating and never allow themselves to go over board on any overtures and flattery.

While praising the Indo Chinese relationship, the Indian media also heaped praise on the Chinese President and the events were extensively covered.

However, in the process of this “celebration”, most of the people in India do not seem to have remembered the atrocities committed by China in Tibet around 60 years back and it’s illegal occupation of Tibet till today. Surprisingly, most Indians do not even talked about China’s claim that Arunachal Pradesh in India belongs to China . Further, most people do not seem to have remembered about the continued occupation of huge Indian territory in Aksai Chin ,which China annexed during the war with India in 1962 when thousands of Indian army men were killed.

Further, not many Indians even remembered about Pakistan gifting away portion of Pakistan occupied Kashmir to China, which India claims as its territory.

During the bilateral meeting between Mr. Modi and Xi Jinping, the above inconvenient matter was not discussed, as if they are no issue. After the conclusion of the meeting, both India and China said that the meeting was eventful and would promote strong relations between both the countries by way of trade cooperation etc.

While Indian public opinion appears to have become silent on occupation of Indian territory and China’s claim on Arunachal Pradesh, it is good that a few Tibetans (Tibetan refugees in India) came out on the streets and protested about the continued occupation of Tibet by China and brought to notice about the plight of Tibetans at the hands of Chinese government

It appears that Indian government was not happy about such protest by Tibetans and detained some of the protestors and questioned a number of them. Indian government could have allowed them to protest silently. But, it did not allow the protest, which is contrary to India’s democratic traditions and practices.

The protest by a few Tibetans was well publicized in the Indian media. To a small extent, the Tibetan issue came into the fore front and caught the attention of the people.

In today’s conditions when China has become economically and militarily a powerful nation and the world conscience is silent about China’s several atrocities in Tibet and it’s well known expansionist policies, Tibetans find it hard to get their voice heard in world forums.

The cry of Tibetans for freedom should be heard around the world , that would bring moral pressure on China. This protest by Tibetans in Chennai is timely and praiseworthy. The protest by the Tibetans is protest for peace, freedom and fairness in international relations and the Tibetans , now scattered around the world, should derive confidence and inspiration from Tibetan protestors in Chenna , in conducting the freedom movement for Tibet.

One thought on “Significant Protest By Tibetans At Chennai – OpEd”