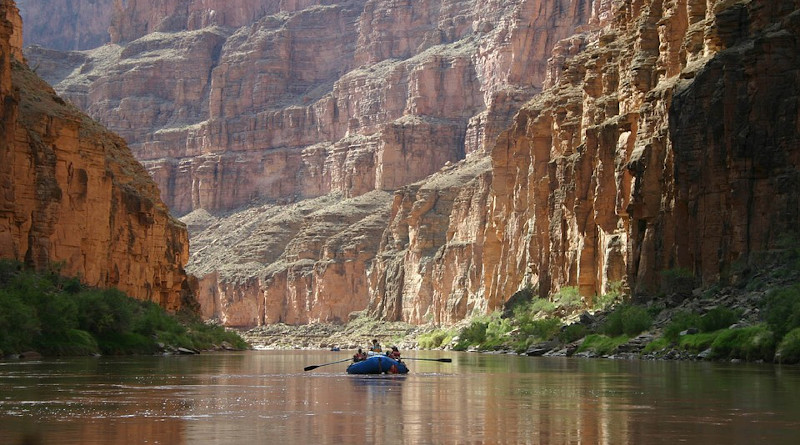 A team of scientists at Utah State University has developed a new tool to forecast drought and water flow in the Colorado River several years in advance. Although the river’s headwaters are in landlocked Wyoming and Colorado, water levels are linked to sea surface temperatures in parts of the Pacific and Atlantic oceans and the water’s long-term ocean memory. The group’s paper, “Colorado River water supply is predictable on multi-year timescales owning to long-term ocean memory” was published by Communications Earth and Environment, an open-access journal from Nature Research.

The Colorado River is the most important water resource in the semi-arid western United States and faces growing demand from users in California, Arizona, New Mexico, Colorado and Utah. Because water shortages in the Colorado River impact energy production, food and drinking water security, forestry and tourism, tools to predict drought and low water levels could inform management decisions that affect millions of people.

Current drought forecasts focus on short-term indicators which limits their usefulness because short-term weather phenomena have too great an influence on the models.

“This new approach is robust and means that water managers, for the first time, have a tool to better estimate water supply in the Colorado River for the future,” Robert Gillies, professor in USU’s Department of Plants, Soils and Climate (PSC) and director of the Utah Climate Center, said. “The model can be run iteratively so every year a new forecast for the next three years can be created.”

In addition to ocean memory, water flows are impacted by land systems–including soils, groundwater, vegetation, and perennial snowpack–which play important roles in tempering the effects of short-term precipitation events. The researchers hypothesized that multi-year predictions could be achieved by using long-term ocean memory and associated atmospheric effects and the filtering effects of land systems.

“These predictions can provide a more long-term perspective,” Chikamoto said. “So if we know we have a water shortage prediction we need to work with policymakers on allocating those water resources.”

Simon Wang, USU professor of climate dynamics, said water managers and forecasters are familiar with El Niño and La Niña and the ocean’s connections to weather in the southwestern U.S. However, the upper basin of the Colorado River is not in the southwest and forecasts have not connected the dynamics of parts of the oceans with the Colorado River as the new forecasting tool does.

Matt Yost, PSC assistant professor and USU Extension agroclimate specialist, said having a two-year lead-time on preparing for drought could have a huge impact on farmers as they plan crop rotations and make other business decisions.

Co-author Larissa Yocom, assistant professor of fire ecology in USU’s Department of Wildland Resources, said a tool that can provide a long-term forecast of drought in areas impacted by the Colorado River could give managers a jump-start in preparing for wildland fire seasons.

Wang said Utah Climate Center researchers have developed models of drought cycles in the region and have recently studied the dynamics of river flows and shrinking water levels in the Great Salt Lake.

“In doing that work, we know that water managers don’t have tools to forecast Colorado River flows very long into the future and that is a constraint on what they can do,” Wang said. “We have built statistical models in the past, and Yoshi (Chikamoto) has expertise and in-depth knowledge of ocean dynamics so we talked about giving this idea a try because we found nothing in the literature to model these dynamics in the upper basin.”

“Using our tool we can develop an operational forecast of the Colorado River’s water supply,” Chikamoto added