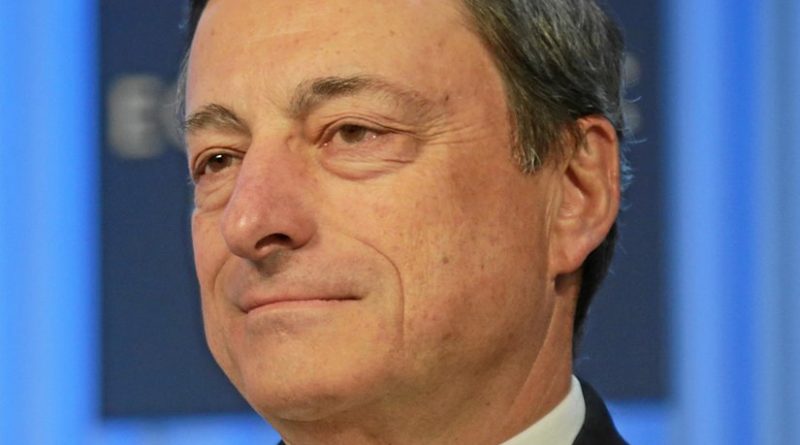 The EU economy is showing resilience in the face of external circumstances, but the European Central Bank’s March inflation forecast was too positive, ECB President Mario Draghi admitted to MEPs on Thursday. This regular “monetary dialogue” meeting with the Economic and Monetary Affairs Committee focused on the Eurozone economic outlook and the ECB’s role in macro-economic adjustment programs.

The Bank is ready to go the extra mile if the inflation outlook weakens, reiterated Draghi.

“If we were to conclude that our medium-term price stability objective is at risk, we would use all the instruments available within our mandate to ensure that an appropriate degree of monetary accommodation is maintained,” Draghi said.

Draghi also hinted that the Bank’s assets purchase program could be prolonged beyond September 2016, and that “other instruments could also be activated to strengthen the impact of the program if necessary”. The bank will re-examine the need for monetary policy accommodation in December, he added.

Irish MEPs Brian Hayes (EPP), and Matt Carthy (GUE) repeated previous criticisms of the ECB’s role in macro-economic adjustment programs, saying that its former President Jean-Claude Trichet had “forced the Irish government into a new bailout program by threatening finance minister Michael Noonan that the Bank would otherwise cut off its Emergency Liquidity assistance (ELA)”. Marian Harkin (ALDE) urged Mr Draghi to break the links between bank financing and sovereign debt and called for fairer burden sharing, “as the Irish measures were more painful than in other bailout countries”.

Draghi replied that the ECB had always worked within its mandate and that decisions to provide emergency liquidity to banks had been “intimately linked to the success of macroeconomic adjustment programs, especially when the soundness of the financial sector depended on it”.

Rejecting claims that the ECB had “blackmailed” Ireland, Draghi described its bank crisis as “homemade”. He noted that the Irish government had already taken a series of measures before the ECB stepped in and it was it was the Irish government that had decided to accept a third package. To illustrate the scale of these bailouts, he pointed out that private investors suffered losses of up to €44 billion even before they began, and that the first bailout had amounted to €4 billion, and the second to €2 billion.

Countering criticism that he had failed to attend the Irish Parliament’s committee of inquiry into the banking crisis, Draghi said he answers to the European Parliament, not to national parliaments.

In the second part of the debate, in which he was asked about low interest rates resulting from the ECB’s monetary policy measures, and replied in his role as chair of the European Systemic Risk Board (ESRB), Draghi said that “too low interest rates for a long time are not good for banks, insurance and pension companies. But having said that, our mandate is not to make these companies profitable, it is to reach our price stability objectives. None of our critics suggest that we should increase interest rates today, but we will monitor any potential risks.”